Ever heard that old joke about how to get 50 Canadians out of a swimming pool? The answer, of course, is that you say, “Please get out of the swimming pool.” It’s funny because it’s true – as the country’s response to the COVID-19 pandemic has reconfirmed.

The federal government, along with the provinces, said to Canadians, “Please exit your normal lanes,” and millions of us did so without being asked twice.

Canadians this year have worked at home, kept their children out of school, finished university from the lonesome safety of a laptop, stopped going to restaurants and bars (not to mention public swimming pools), lined up for groceries, put on face masks, washed their hands like surgeons and generally done exactly as they were asked by public-health authorities.

Millions are struggling without a regular income, relying on government support to see them through. But there has been little of the anti-lockdown rebellion seen in the United States, where the President urged people to stick to their regular lives, many governors kept their state economies open and some people proudly refuse to wear a mask, or keep their distance, as a political statement.

Many Americans have insisted on what they consider to be their constitutional right not to exit a fouled swimming pool, so to speak, and the result since June has been an astonishing rise in new COVID-19 cases and deaths.

In Canada, the pandemic is currently contained, and provinces are cautiously allowing people to return to a modicum of normalcy. The credit goes entirely to our collective willingness to respond to an urgent call, and to temporarily set aside some individual liberties for the greater good.

Not so in the United States. It’s a strange truth about revolutionaries that, once their revolution is complete, they often become mired in an orthodox mindset and remarkably resistant to change.

Canadians, living in a country created out of an allegiance to the authority the Americans rebelled against, are on the other hand proving once again to be remarkably capable of calmly adapting to radical change in a short period of time.

The sacrifices demanded by the pandemic are of course being made on the assumption that they will end, and that their success will allow life to return to normal.

But they are also a reminder to our governments and politicians that this is a country whose people will change direction, sharply and swiftly, if and when they are convinced of the necessity to do so.

The creation of universal health care in the 1960s, the repatriation of the Constitution and the negotiation of a free trade agreement with the U.S. in the late 1980s are moments in Canadian history when the past made way for a different future. The legalization of same-sex marriage, of cannabis and of assisted death are more recent examples of this capacity for change.

At the same time, the country twice rallied to preserve itself in the face of the Quebec independence movement, edging away from the brink of disaster when it decided that change made no sense.

And, outside of the major historical shifts in our society, Canada has tended to be incremental in its more prosaic endeavours – even though our parliamentary system gives majority governments almost unchecked legislative power.

That power has been shared at the federal level between two centrist parties for 150 years. The Liberals and the Conservatives have rarely been threatened by radical alternatives; even New Democrats were long ago absorbed into the system, with Liberals usually stealing their best ideas.

What a funny country, then: centrist and incremental most days of the week, but blessed with the ability to let go of old ideas and tired pieties when the times demand it.

This is not meant to be a criticism of the United States. That country has a different history, with its own reasons for doing things that often baffle the Canadian mind. It’s not for us to judge.

Rather, this is a reminder to our elected officials, and those who want their jobs, that Canadians don’t need to be treated with kid gloves. Our history defies the notion that there is a static thing called “the Canadian way of life” that needs to be preserved in legislative amber. We are always at our best when shifting times and shared adversity call for change for the better, and for the common good. 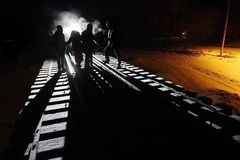 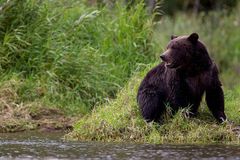