The Ring of Fire mineral deposit in remote Northern Ontario was discovered a dozen years ago. Politicians across the political spectrum immediately began touting its potential – billed as tens of billions of dollars, just waiting to be tapped. It’s still waiting.

The decision this week by Doug Ford’s Progressive Conservative provincial government to restart talks with local First Nations is the latest try at moving the project forward. It’s not clear this government will succeed where others have failed, and it raises the question of whether the dream of Ring of Fire riches is more fantasy than reality.

The Ring of Fire, named after the Johnny Cash song, is home to a large deposit of chromite ore, used to make stainless steel. South Africa is currently the world’s largest miner. Predicted future demand growth is modest, and the challenges of developing the Northern Ontario site are considerable.

The crescent-shaped deposit is roughly 500 kilometres northeast of Thunder Bay. Small Indigenous communities dot the vast territory, which is accessible only by air. The nearest paved road is hundreds of kilometres away, as is the provincial power grid. And, as with any such development, there are major environmental issues.

A lot of hype propelled the early days of the Ring of Fire. It was said to be the biggest mining discovery in Ontario in decades; former Conservative minister Tony Clement claimed its economic impact would be on the scale of the oil sands.

Former Liberal premier Dalton McGuinty was a believer, as was his successor, Kathleen Wynne. Mr. Ford joined the chorus with his usual gusto. Ahead of last year’s provincial election, he declared he would “hop on that bulldozer myself” to get road construction going. But after Mr. Ford’s first year in office, the Ring of Fire is still no closer to development.

The Liberals spent nearly a decade pushing the project. Mr. McGuinty established a secretariat in 2011 to handle infrastructure, environment, First Nations benefits, exploration and land-use planning. A framework agreement was signed with the area’s nine First Nations in 2014. The same year, Ms. Wynne budgeted $1-billion for road construction, contingent on a contribution from Ottawa. Ms. Wynne soon after pledged to put up the $1-billion without outside help.

But even as that process started, the economics of the development were deteriorating in the face of falling commodity prices. Cliffs, a U.S. company, spent about $500-million to buy and develop properties in the Ring of Fire, but it gave up and sold its assets for a fraction of what it paid to a Canadian company, Noront. The hype dissipated.

Frustration at Queen’s Park and among First Nations mounted as the collective talks didn’t produce a deal. Two years ago, Ms. Wynne said she was thinking of shifting to bilateral talks, as she announced agreements with three of nine First Nations. Construction of two all-season roads was supposed to begin this year; add that to the long list of things that still haven’t happened.

Then last year, Mr. Ford was elected, and a few months later, provincial funding for the regional framework plan ran out. The Ford government this week announced it was shifting to negotiations with individual First Nations communities – the same idea Ms. Wynne considered. The Ford government called this a “new, pragmatic approach.” Queen’s Park may also repeal the Far North Act, a 2010 Liberal law that protected some land and created a planning process between First Nations and the province. Some First Nations opposed the law, and Mr. Ford, ever ready to drive the bulldozer, believes the act stands in the way of development.

Pouring money into new roads does not equal mine construction. The industry doesn’t appear to be as interested as it once was in the Ring of Fire, and the federal government’s ardour waned as it became clear the obstacles might outweigh whatever reward could be pulled from the Earth.

It is reasonable for the Ford government to consider ditching the failed strategy of its Liberal predecessors, but a deal that is embraced by some First Nations and not others could be a problem. The remote geography of the Ring of Fire, and its alluring but uncertain economic potential, suggests any financial bonanza is a long way off. 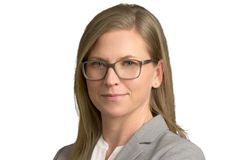