On Tuesday, Prime Minister Justin Trudeau announced that the Canada Emergency Response Benefit, or CERB, is being extended for another two months. The move was necessary. It is also problematic.

It was necessary because, as the PM told reporters, “the reality is that even as we start to reopen, a lot of people still need this support to pay their bills.” The economy is reviving but, even under the most hopeful scenarios, the return to normal will not be instantaneous.

As of June 4, the federal government had spent $43.5-billion on CERB payments. But the program, which gives $2,000 a month to most Canadians who cannot work or cannot find work, was initially designed to run for only four months.

The earliest applicants are scheduled to see their payments end in July, by which time the economy and the job market will still be far from full recovery.

There was no way Ottawa could have allowed CERB to simply end in July, without a replacement or an extension.

Too many jobless Canadians still need some kind of income support. And the economy needs something to backfill these Canadians’ regular consumer spending. Every person’s spending is somebody else’s income, giving money to the unemployed, and allowing them to continue paying rent and buying groceries, which in turn helps to keep the economy turning, and other Canadians employed.

In the face of a pandemic-induced economic lockdown, something like CERB was necessary. But how long will CERB be necessary? Should it be redesigned? And is it discouraging people from working? Those are tougher questions.

As any economist with seven years of higher education can tell you, and as any person with two seconds worth of common sense can confirm, incentives matter. If someone can receive as much money for working as not working, that’s an incentive to not work. The CERB payment is $500 a week; assuming a 35-hour week, that’s more than the minimum wage in eight provinces.

And while a person collecting CERB is allowed to work, they lose CERB if they earn more than $1,000 a month. So someone working part-time at minimum wage, who accepts a move to full-time, could actually end up with less money in their pocket.

If someone declines work under those conditions, it isn’t because they’re lazy or irresponsible. It just shows that they’ve got a grasp on their own financial arithmetic.

As for employers, some have reported that, despite unemployment being at record levels, they’re having trouble finding staff and filling shifts.

The CERB obviously isn’t the cause of the massive gap in the job market, but if its incentives are putting even a small barrier in the way of a return to work, that’s a problem. And there are two ways of addressing it: We’ll call them Get Tough, or Be Generous.

Get Tough involves simply ending the CERB. That would certainly provide a very strong incentive – desperation, really – to look for work. Problem: The state of the economy today is such that many people will not find work in the coming months, through no fault of their own.

Be Generous involves redesigning the CERB to fix those flawed incentives. Conservative MP Dan Albas has proposed that, instead of clawing back 100 per cent of CERB payments to anyone who gets a job paying more than $1,000 a month, recipients should be allowed to keep 50 cents of CERB for every dollar of job earnings. That 50 per cent rule is in place for people receiving Employment Insurance. It rewards those who find a job, rather than penalize them.

The decision to extend the CERB’s life by eight weeks means it’s already time to start thinking about what comes next. Ideally, CERB should be wound down and replaced by a stronger and broader EI system. EI currently has overly tough eligibility rules, such that a high proportion of the unemployed don’t qualify – which is why CERB had to be created in the first place. 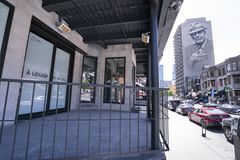 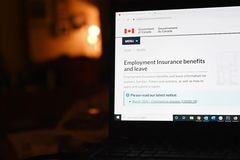