Three weeks ago, the Trudeau government tried to use the cover of the coronavirus crisis to give itself unchecked powers once enjoyed by 17th-century European monarchs.

Prime Minister Justin Trudeau had recalled the House of Commons on March 23 to debate and pass emergency measures to shore up the economy and help Canadians who were losing their jobs.

The opposition were willing to back the minority government’s economic measures, but once they saw the draft bill, they realized the Liberals had something more in mind.

Along with tens of billions of dollars in aid for Canadians in need, the bailout legislation also included clauses that would have given the government the power to raise or lower taxes, and to spend money, without going through Parliament. These extraordinary powers were to last until Dec. 31, 2021.

The opposition, along with many in the media, this page included, were having none of it. By the end of the day on March 23, the government relented. It removed the offending clauses, the opposition offered its backing and, the next day, the bill became law.

Team Trudeau has not explained its attempted end run around democracy, probably because it can’t. There is never any reason to usurp Parliament’s critical role as overseer of government and keeper of the public purse. Every Canadian government, provincial or federal, should get that.

And yet, barely a week later, it happened again.

In Alberta, the United Conservative Party of Premier Jason Kenney used its overwhelming majority to push through a bill on April 2 that gives cabinet ministers unilateral power to write and enact new laws in public health emergencies, with zero oversight by the provincial legislature.

Under Bill 10, the only requirement for enacting a new law is that the relevant minister “is satisfied that doing so is in the public interest.” The only limit on that power is that a new offence cannot be applied retroactively.

It is utterly wrong for democratic governments to seek unilateral powers under the cover of an emergency. It is also unnecessary. There is no justification for it – especially not the one that says governments need to move quickly in a crisis.

Alberta passed Bill 10 in less than 48 hours; the Trudeau government, having secured the support of the opposition, passed its original bailout measures in the same short period. Last weekend, it took less than a day for Parliament to adopt a wage subsidy package. The government shared the legislation with the opposition in advance and made changes to ensure it would pass.

Giving legislators the chance to study, debate and vote on bills doesn’t result in unacceptable delays – if anything, as shown time and again, it improves legislation. More importantly, the transparency and accountability that comes from having to pass a bill through Parliament is the foundation of our system of government.

The Liberals and the opposition parties are now arguing about how often the House of Commons should sit during the remainder of the crisis, and whether sessions should be held in person with a skeleton crew of members, or with all MPs, via teleconferencing.

However it does so, Parliament must sit. Committees, too. And Question Period must happen, so that the government remains answerable to the House and to Canadians. That holds in Ottawa and in each of the provinces. It goes for both minority and majority governments.

Under no circumstances should any government see this emergency as an excuse to sideline the elected representatives of the people.

Thanks to their daily crisis briefings, government leaders are dominating the news coverage. Opposition voices have been sidelined, but they must be given their due in order for our democracy to function properly. That happens best in Parliament.

This crisis is demanding a lot of Canadians. They are self-isolating at home with their families. Many have lost their jobs, or are watching their businesses teeter on the precipice.

They will be able to decide for themselves whether federal and provincial opposition parties have helped the situation, or simply been a partisan nuisance. But Canadians must not come out the other end of this only to discover that their institutions and rights have been compromised by governments that grabbed for powers they were not entitled to.

Opinion
Parliament is an essential service – and it cannot be done virtually
April 10, 2020 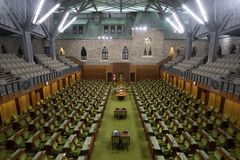 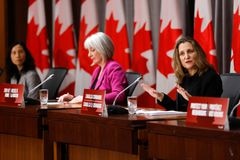 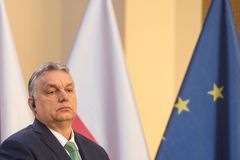