Rio 2016 opens in a mere six weeks, and the Summer Games are caught up in the kind of chaos that makes you really glad your town didn't do whatever dark things had to be done to secure an Olympic bid.

On the face of it, the Olympic movement is in a horrible mess. Once grounded in nostalgic values that prized the moral superiority of sporting achievement – how naive that sounds now – the Games have too often been turned into bloated extravaganzas of greed, corruption, simplistic flag-waving and materialistic excess. Vancouver 2010 may have been an honourable exception. But Rio so far looks like it will fit right in, with almost daily reports of political scandal, dire threats from pollution and disease, extreme tales of financial mismanagement and de rigueur worries about unfinished infrastructure all combining to create the inevitable host-city feeling of buyer's remorse.

But there is one element in the lead-up to Rio 2016 that generates a sense of hope in people who've long despaired about the degradation of the Games: The International Olympic Committee has confirmed the decision to ban Russia's track-and-field team.

In the cozy, see-no-evil business of global sports, where the preferred habitat of pampered decision-makers is the deluxe neutrality of a five-star Swiss hotel, this get-lost treatment is unprecedented. It could even be called courageous, if you're prepared to believe that IOC executives want to restore faith in the brand they themselves have undermined.

The IOC and the IAAF, track and field's governing body, were shamed into doing the right thing by whistleblowers who offered proof of high-level corruption within the Russian system. The guilty secrets of Olympic cronyism were finally exposed, and prompted an independent inquiry chaired by the no-nonsense Canadian lawyer Dick Pound, that confirmed the rot in the Russian track-and-field system.

Mr. Pound, who has led an often lonely resistance movement against drug cheats, caught the world's attention when he assailed Russia's "deeply rooted culture of cheating" and revealed that the 2012 London Olympics had been "sabotaged" by doped-up Russian athletes. The IAAF had to act. But the decision to exclude the entire Russian track team still deserves credit in a culture whose operating procedure has always been to look the other way.

As long as the money flowed, no one at the top levels of sport had much incentive to doubt the unlikely achievements of athletes ultimately responsible for generating billions of dollars from TV networks, sponsorship deals and free-spending Olympic hosts. Sports scandals came and went but it was all too easy to frame transgressors as exceptions to the rule, especially when the policing of sport was deliberately lax.

The IOC potentates have been largely concerned with looking after themselves. Yet even people with grand titles and huge expense accounts were smart enough to realize that the prosperity of the Olympic movement depended on a sense of trust. Races weren't supposed to be fixed, cheaters shouldn't easily prosper, countries can't be seen to manipulate the medal count. If nothing else, the feel-good messages of sponsors like Coke and Nike were endangered by athletes whose enhanced performances and rigged victories sent exactly the wrong message.

And still corruption, as Mr. Pound noted, has been widespread – extending from underpaid athletes who saw the millions to be made from a gold medal in a marquee sport right up to tightly controlled political regimes like Russia's that coveted the prestige of world-beating triumph.

The Olympic movement created the World Anti-Doping Agency to fight the perception of institutional negligence. But in retrospect, looking at what Russia has been able to get away with, WADA turned out to be an underfunded, largely impotent oversight agency. Individual countries controlled the destinies of their own athletes, and had little interest in weeding out the guilty.

Anyone who watched Olympic sports without a deep reserve of skepticism was being played for a sucker. That's a harsh thing to accept, given the pure pleasure that sports can offer. And yet from the perspective of Canadian athletes, races have been fixed and podiums predetermined for years in sports dominated by countries suspected of cheating.

The IOC has banned Russia's track team. The next step is to confront the broader corruption in the Russian sports system, following an investigation by Canadian lawyer Richard McLaren due in July. If Mr. McLaren's report confirms allegations that Russian anti-doping officials and security officers covered up their athletes' positive tests at Sochi 2014, the IOC must expel the entire Russian team from Rio.

The Games will not be diminished by a cheating nation's absence, as Russia's leaders have charged. They will be enhanced. 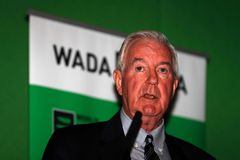 WADA: Russian track athletes should be independent at Games
June 22, 2016
Follow us on Twitter @globedebate Opens in a new window
Report an error Editorial code of conduct
Due to technical reasons, we have temporarily removed commenting from our articles. We hope to have this fixed soon. Thank you for your patience. If you are looking to give feedback on our new site, please send it along to feedback@globeandmail.com. If you want to write a letter to the editor, please forward to letters@globeandmail.com.
Comments