Set aside any warm feelings for President Barack Obama and his admirable personal story, and any preconceptions about the Republican challenger Mitt Romney and his enviable personal story. The United States' presidential election is fundamentally about one issue: the economy. The question for U.S. voters is, Who can best reduce public spending and lead a robust recovery?

Less than four years ago, when Mr. Obama succeeded a Republican president, the United States appeared to be at the edge of the abyss. It was facing economic collapse at home, and fighting two costly wars abroad.

His policies, including massive stimulus spending, helped to arrest the deterioration, and to put the country on the path of recovery, albeit gradually. New job figures released on Friday show that employers added 171,000 people to their payrolls in October, a higher than expected figure and further evidence of a slow but sustained recovery.

In this election, Mr. Obama has set out a moderate agenda that would use a mix of spending cuts and tax increases to tame the country's vast debt. He has promised, in time, also to reduce corporation taxes. If re-elected, Mr. Obama must help shift the emphasis from government stimulus to a private-sector-led phase of growth. Public spending at current levels is not sustainable, and is verging on catastrophic. The proportion of deficit to GDP has declined, but much more work needs to be done.

There are doubts about Mr. Obama's ability to find bipartisan support for his plan. This is in large part the responsibility of hard-line Republicans in the House of Representatives, but it is also the fault of Mr. Obama, who has been aloof and ineffectual in his dealings with his political opponents. He is the poster president for failed bipartisanship – this in contrast to the post-partisanism he advocated in the 2008 election.

Sleepwalking into a budget stalemate would invite disaster for a country with economic challenges of the kind that is facing the United States. If re-elected, Mr. Obama must do a much better job coaxing, cajoling, charming and arm-twisting. Mr. Romney has overstated his record of successful bipartisan agreements during his time as governor of Massachusetts, but in the short term he is much more likely to be able to work with a Republican-dominated House.

Unfortunately, Mr. Romney's own plan does not add up. His fiscal and economic program has some gaping holes, especially with respect to "tax expenditures," that is, his proposed elimination of unspecified tax deductions, which will not suffice to do what he promises.

More importantly, it would be impossible to maintain the armed forces on a war-time footing, now that the Iraq mission has ended and the U.S. military role in Afghanistan is winding down, and also deal with the country's ruinous levels of debt. The country cannot afford the military it has, yet Mr. Romney's plan would add $2-trillion over 10 years. This is 35 per cent higher than Mr. Obama's plan, which would protect but not add to military budgets, while keeping pace with inflation. Only an imminent threat of war could justify the heavy expenditure Mr. Romney advocates.

We also know that Mr. Obama exhibits the tolerance America needs, at home and abroad. Mr. Romney, through the nomination and presidential campaigns, has attached himself to some unreasonable positions, from defunding Planned Parenthood to a provocative pledge to declare China a currency manipulator. Mr. Obama, by contrast, has advocated a more generous America, defending illegal immigrants against punitive laws and supporting same-sex marriage.

Most notably, in their first debate, Mr. Romney failed to convincingly differentiate his own health-care program in Massachusetts from the great achievement of Mr. Obama's presidency, the so-called Obamacare.

Both candidates have expressed great concern for the middle class, but the current President's health-care reform is a fundamentally conservative measure which will prevent uninsured people in the middle class from being pauperized by huge medical bills, and from sinking into the underclass – or trying to do without necessary, even life-saving medical treatment. It achieves this, while leaving ample room for employment-based health insurance, Medicare and Medicaid – the mix that has evolved in the U.S. since Lyndon Johnson's "Great Society" legislation of the 1960s.

Obamacare should not be repealed, as Mr. Romney and the congressional Republicans have pledged to do.

In spite of his own merits, Mr. Romney's program has unsettling elements of adventurism. Mr. Obama has his flaws, too, but, with his steady hand, he has the better chance of enabling and leading a real recovery of the economy of the United States.

Polling the swing state of Ohio, where women have their say
November 2, 2012
America’s two-tiered future: The deterioration of the once-mighty middle class
November 3, 2012 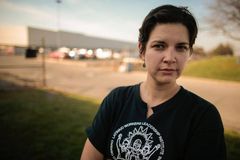 Reading the stars in California, where the political map is most starkly etched
November 2, 2012
Follow us on Twitter @globeandmail Opens in a new window
Report an error Editorial code of conduct
Due to technical reasons, we have temporarily removed commenting from our articles. We hope to have this fixed soon. Thank you for your patience. If you are looking to give feedback on our new site, please send it along to feedback@globeandmail.com. If you want to write a letter to the editor, please forward to letters@globeandmail.com.
Comments