Politicians have been known to lie to get out of a tough spot or to sell an unpopular policy. But recent American presidents have had a particular flair for it.

George W. Bush sent American troops into Iraq in 2003 on the false claim that Iraqi dictator Saddam Hussein was actively making and stockpiling weapons of mass destruction. Hundreds of thousands of people have since died, and the only WMDs discovered were degraded, unusable ones from the 1980s.

Barack Obama told Americans, "If you like your health-care plan, you can keep it," when he was selling them on the Affordable Care Act. It wasn't entirely true: Two million Americans saw their existing health-care plans cancelled when the Act went into effect in 2010.

None of that was pretty. But none of it comes close to the relentless stream of lies and false provocations flowing from the mouth and Twitter feed of the current President, Donald Trump.

Konrad Yakabuski: President paranoid: What Trump's obsession with conspiracy could do to the White House

Mr. Trump is operating at entirely new depths of presidential prevarication. Since taking office, he has made numerous self-serving and false claims: for instance, that millions of people voted illegally in the election (debunked); that he won more electoral-college votes than any president since Ronald Reagan (not even close); that the Senate delay in confirming his cabinet nominees is "the longest such delay in the history of our country" (nope).

He also regularly makes outrageous and provably false attacks on critics. His latest came Tuesday, when he tweeted that the publication of parts of his 2005 tax return was "fake news," even as his staff was confirming that the documents were real. Real fake news?

Mr. Trump's statements now regularly have to be translated by White House officials. He has become a sort of Oracle-in-chief, without the wisdom, whose words require a devoted interpreter to add the correct punctuation in order to render them meaningful.

His press secretary, Sean Spicer, did just that on Monday when he walked back Mr. Trump's recent claim that, during the election, Mr. Obama had tapped his phones in New York's Trump Tower.

Mr. Spicer spoke of Mr. Trump's allegation of "wiretapping" while making air quotation marks with his hands, to imply the word had an alternative interpretation.

He said that when Mr. Trump tweeted, "How low has President Obama gone to tapp [sic] my phones," he was not actually referring to phone tapping, or to President Obama.

What the Oracle was instead referring to was "a whole host of surveillance types of options," he explained.

Ah, now we get it. At this rate, it will not be long before Mr. Spicer appears before the press in long ceremonial robes, holding a bowl of smoking incense.

The U.S. has four long years to go with a President who lies and misinforms at an unprecedented pace. It will be exhausting for his detractors and exhilarating for his supporters, many of whom share his contempt for the niceties of traditional politics.

Mr. Trump may simply have made the calculation that, since Messrs. Clinton, Bush and Obama told the occasional whopper but now enjoy the status and privileges of revered elder American statesmen, he can be untruthful without consequence – or even with great benefits. And he may be right.

Last week, the U.S. Labor Department said employers added 235,000 jobs in February, and that the unemployment rate dropped to 4.7 per cent from 4.8 per cent. Mr. Trump immediately tweeted out those favourable figures and added, "Not a bad way to start day 50 of this administration."

Perhaps. Except that a year earlier he was claiming that similarly low Labor Department unemployment figures were rigged in order to make his predecessor look good. "Don't believe those phony numbers when you hear 4.9 and 5 per cent unemployment. The number's probably 28, 29, as high as 35," he said last February.

When on Friday he was asked why Mr. Trump suddenly found the data to be valid, Mr. Spicer replied, "I talked to the President prior to this, and he said, to quote him very clearly: 'They may have been phony in the past, but it's very real now.'"

No one asked Mr. Spicer how the President's yet-to-be-implemented economic policies had managed to reduce the rate from "as high as 35" down to 4.7 per cent in the space of a few weeks. Instead, the assembled journalists laughed. Outrage is already giving way to the comedy of despair.

For a lot of people in the U.S. today, the truth is whatever Mr. Trump tweets, and the White House serves as an apparatus to make it so. It's very real now, indeed.

Opinion
Canada’s elites could use a crash course in populism
May 17, 2018 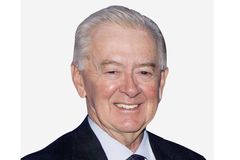 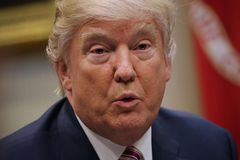 Opinion
Donald Trump: The President who cried wolf
April 14, 2017
Follow us on Twitter @globedebate Opens in a new window
Report an error Editorial code of conduct
Due to technical reasons, we have temporarily removed commenting from our articles. We hope to have this fixed soon. Thank you for your patience. If you are looking to give feedback on our new site, please send it along to feedback@globeandmail.com. If you want to write a letter to the editor, please forward to letters@globeandmail.com.
Comments