Just as Adam Capay represents all that is wrong with Canada's prison and justice systems, David Orazietti, Ontario's Minister of Correctional Services, embodies the institutionalized failure of compassion that has brought us to this point.

Mr. Capay is the young indigenous man who has been held without trial in solitary confinement in a Thunder Bay jail for four years. And Mr. Orazietti is the responsible government official who, when alerted to this barbarous state of affairs, refused to do anything about it.

The minister seemed unmoved that Mr. Capay was kept in a cell bathed in 24-hour artificial light for 1,500 days, that these conditions seemed to be damaging his mental health, and that Mr. Capay had been denied a trial in a reasonable amount of time. There simply wasn't anything far enough out of the ordinary to prompt Mr. Orazietti to take action. And even if he could, he said he believed it was not the place of a politician to do so.

How did a case of human-rights abuse by a Canadian state actor become so routine that, when confronted with it, a cabinet minister saw no reason to act?

In Mr. Orazietti's defence, it has taken years for Canada's solitary confinement crisis to reach this nadir, and there are numerous causes for it. Those include the "tough on crime" agenda of the previous Conservative federal government, which introduced mandatory minimum sentencing; an increase in the number of inmates suffering from mental illness; the unresolved remand crisis, in which thousands of legally innocent people are being held in cells while awaiting trial on non-violent or minor offences; and a nationwide lack of resources for dealing with mentally ill inmates.

Solitary confinement has consequently become the solution of first resort for federal and provincial prison officials dealing with inadequate resources and overcrowding. Troublesome inmates and those suffering from mental illness are being put in solitary for months, and sometimes years, with very little oversight, poor reporting and a lack of medical support. In Ontario, as many as 40 per cent of the inmates who spent more than 30 days in solitary confinement in 2014 had mental-health issues.

There have been a number of suicides, including the terrible case of Ashley Smith. She spent more than 1,000 days in solitary confinement before she strangled herself to death in 2007 while prison guards watched, unsure whether they should intervene or not.

In a way that is all too real, Mr. Orazietti is a political stand-in for the prison guards who couldn't find the moral courage to act as Ms. Smith slowly choked to death. He represents the paralysis that is preventing cabinet ministers and other officials, both provincial and federal, from taking comprehensive and meaningful action on a complex but urgent issue.

Mr. Orazietti says he is waiting for a new review of solitary confinement in Ontario before he acts – this after receiving what he described as a thorough 19-month review of his province's solitary confinement crisis earlier this month. The Trudeau government appears to be waiting for some unknown signal to begin implementing the reforms it promised when it came to power. And Yasir Naqvi, Ontario's Attorney-General, has meanwhile refused to take a position on the fact that Mr. Capay has been denied his Charter right to a trial in a reasonable amount of time.

"That's not my decision," he says.

And that's the problem. It is never anyone's fault, and nothing is anyone's decision. In the case of Ashley Smith, none of the people who stood by and watched her die were held criminally responsible. The warden of the prison where the tragedy occurred was fired, but then was quietly hired back.

In the case of Adam Capay, prison officials say they kept him in solitary for four years, because they had no options given their limited resources. When Mr. Orazietti, the minister responsible for providing such resources, found out about Mr. Capay, he said it's not his place to interfere with the decisions of prison officials.

When Crown prosecutors allowed Mr. Capay's trial date to recede into the future, it wasn't their fault. The system is overloaded! When the Attorney-General found out, it's not his decision!

Mr. Capay's case is a cut-and-dried moral outrage. Through the abuse of solitary confinement, the Ontario government actively abused the rights of a Canadian citizen by subjecting him to what the United Nations has long considered to be torture. And yet no one in government has stepped forward to take responsibility. No one in government even sees it as something to get angry about.

On Wednesday, Mr. Capay was temporarily moved to a regular cell with lights that dim. He will have access to a day room where he can watch TV, make phone calls and take a shower.

We are happy for Mr. Capay, but his plight is not over. Until someone in Canada finally accepts responsibility for farcical abuses like this, or is made to, nothing is going to change. 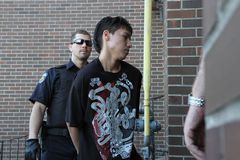 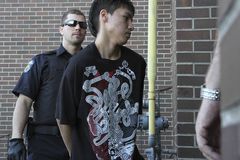 First Nations chief calls prisoner’s treatment in solitary ‘inhumane’
October 21, 2016
Follow us on Twitter @globeandmail Opens in a new window
Report an error Editorial code of conduct
Due to technical reasons, we have temporarily removed commenting from our articles. We hope to have this fixed soon. Thank you for your patience. If you are looking to give feedback on our new site, please send it along to feedback@globeandmail.com. If you want to write a letter to the editor, please forward to letters@globeandmail.com.
Comments