Fifty years ago, at Expo 67 in Montreal, the "Indians of Canada" pavilion was meant to be one more tribute to Canada's accomplishments as a young, modern nation.

Overseen by federal bureaucrats, the exhibit featured a giant, stylized teepee at its centre. Native art murals dominated the exterior walls; a totem pole stood at the entrance. It felt familiar and safe to white Canadians. In Ottawa's mind, it would highlight the success of the government's long-standing policy of assimilation of "the Indian."

Like those policies, it didn't work out as expected.

By some cosmic miscalculation, the feds allowed Indigenous Canadians to have a say in the content of "their" pavilion. And they wanted to tell a very different story. As a result, four million visitors saw the usual arrows and ceremonial headdresses, and photos of smiling Indigenous people working as loggers and miners. But they were also confronted with images of unsmiling children in tattered clothing on impoverished reserves, and by a gauntlet of signs that challenged their comfortable delusions about Canada's 240,000 Indigenous citizens.

Among the signs: "Too many Indians are poor, sick, cold and hungry." "The white man's school is an alien land for an Indian child." "Give us the right to manage our own affairs."

Some visitors were angered. The government thought briefly about removing the signs but decided not to, after the media reported on their existence. A journalist quoted one white visitor who said, "This is horrible. I'm not going to stay here."

From that seed of protest, along with others planted in the 1960s, non-native Canadians' discomfort over the mistreatment of Indigenous people has steadily grown in the past 50 years. The Truth and Reconciliation Commission's inquiry into abuses at residential schools, completed in 2015, is the other bookend to this half-century of awakening.

Today, a majority of non-Indigenous Canadians have let go the tired canards that Indigenous people are a drain on government resources, or the authors of their own misery. A 2016 Environics poll found that more than 80 per cent believe all Canadians have a role to play in helping to bring about reconciliation.

It's not surprising, then, that as the country marks the 150th anniversary of Confederation, there is a widespread sense that any celebration of one of the most successful societies in the world must be tempered by the conscious acknowledgment that the rise of the nation created in 1867 has gone hand in hand with state-enforced maltreatment of the people who were here first.

It is no longer possible in Canada to look away, to pretend that the residential school system and other government policies were anything less than poorly conceived attempts to erase Indigenous culture. The historical record speaks too plainly now, as do people such as the Chief Justice of the Supreme Court, Beverley McLachlin, who in 2015 said that what successive federal governments called "assimilation" was in fact "cultural genocide."

Nor can we deny the vestigial consequences. Today, almost half the children under 12 in foster care in Canada are Indigenous, even though only about one in 25 Canadians are Indigenous people. Indigenous Canadians continue to have poorer health, lower incomes, higher unemployment, higher drop-out rates, higher incarceration rates and higher suicide rates than non-aboriginals.

It is not all bleak, of course. The Indigenous Canadian population has been one of Canada's fastest growing, jumping from 1.1 per cent of the general population in 1967 to 4.3 per cent today. There are now close to 1.5-million Canadians who identify as Indigenous, and they have found their voice – especially in courts, where they have had their treaty rights confirmed over and over; and in activism and protest that led to Section 35 of the Constitution, to the Truth and Reconciliation Commission and to the ongoing inquiry into missing and murdered Indigenous women.

This week's 150th celebrations are a reminder that they have also been using their voices to rewrite the narrative of Canadian history. They make a simple point: If First Nations, Metis and Inuit people are Canadian, then the history of Canada can't logically start at Confederation, or even at first contact with European explorers.

How did early Canadians live, pre-contact? What happened to them after first contact? How did they fare after Confederation? What happened to their culture and their communities? Why are so many worse off than non-Indigenous Canadians? Why must they go to court for treaties to be respected? How do we reconcile with the abuses of the past?

These are questions they have long been pressing their fellow Canadians to ask. Finally, non-Indigenous Canadians are listening. Canada is indeed one of the greatest societies in history – see tomorrow's editorial for our take on that. By properly honouring Indigenous Canadians, we can make it even greater. 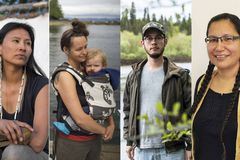 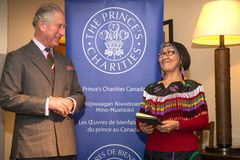 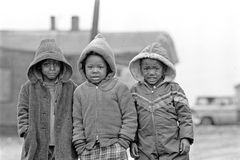 First Nations in B.C. lose latest bid to stop Site C project
June 29, 2017
Quebec Superior Court blocks extension to fix discrimination in Indian Act
June 29, 2017
Follow us on Twitter @globeandmail Opens in a new window
Report an error Editorial code of conduct
Due to technical reasons, we have temporarily removed commenting from our articles. We hope to have this fixed soon. Thank you for your patience. If you are looking to give feedback on our new site, please send it along to feedback@globeandmail.com. If you want to write a letter to the editor, please forward to letters@globeandmail.com.
Comments