Ontario Premier Kathleen Wynne should back away from – or at the very least clarify – her suggestion that her government is prepared to intervene in the crisis at Toronto city hall. Other than raise the partisan temperature and misleadingly imply that Toronto is in such a deep state of disarray that it might have to fall under provincial stewardship, there is nothing Queen's Park can do without taking disproportionate measures. Ms. Wynne's gravest concern should be the democratic process, which has still to run its course.

The spectacle of Ms. Wynne's centre-left government pursuing extraordinary means, such as special legislation, to remove Rob Ford from office would be unbearable in the context of Toronto's polarized political dynamic. Is this what she is hinting at? It's not clear, but there are reports that provincial bureaucrats are examining the government's options "should it need to act."

Ms. Wynne's suggestion furthermore only serves to reinforce the misperception that Toronto is in an irreversible decline triggered by the allegations that Mr. Ford was caught on video smoking crack cocaine. There is no question that there is an unprecedented political crisis in the mayor's office, that with every passing day Mr. Ford becomes more of a lame duck, and that the circus-like distraction has shocked city hall into temporary stasis. But this does not mean the city is heading toward a pit of doom. Council can still adopt budgets, and the city's many services are operating smoothly (or as smoothly as they ever do). Ms. Wynne can easily open channels to council members to advance the Metrolinx transit plans. The premier's suggestion that city hall business could grind to a halt is false and does more harm than good.

It is obviously not ideal to have Toronto's mayor sidelined by personal controversy, but it is a far cry from a situation that requires the intervention of a higher level of government. Mr. Ford was elected to his office, and only the people who put him there should be able to remove him. If further allegations arise that make it impossible for him to continue as mayor, public pressure will force him to step aside. But that is a big if. For better or worse, Mr. Ford can ride out his mandate and take his chances in next year's municipal election. That is the democratic process – the only process that Ms. Wynne should be concerned with. 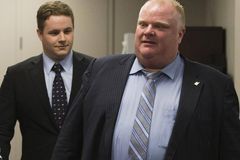 Canada allows opponents of Iran’s autocratic regime to organize
May 30, 2013 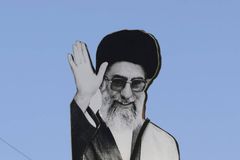 Globe Editorial: Ottawa should be more pro-active in efforts to save Canada’s lighthouses
May 30, 2013 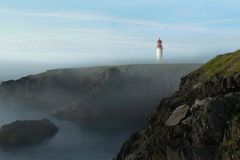