The Quebec National Assembly passed a law on Wednesday that is a direct attack on religious freedom. It targets the small number of Muslim women who wear a face covering, and promises to expose them to discrimination, public humiliation and abuse.

Bill 62 bans government employees, from the provincial to the municipal level, from wearing a face-covering on the job – and also bans face-coverings for anyone receiving government services.

It is perfectly reasonable for government officials to ask someone who wants a driver's license or health card to lift her veil to confirm her identity. At the federal level, a new Canadian wearing a burqa or niqab can take the oath of citizenship with her face covered, as long as she shows her face in private beforehand to prove who she is.

But Bill 62 demands that women wearing face-coverings remove those coverings for "as long as the service is being rendered," according to Justice Minister Stéphanie Vallée. The law's wording appears to mean that a woman wearing a veil will be asked to remove it before she can board a municipal bus, or while she is in line at a government office, or in a school, or waiting in a hospital emergency room.

The law goes way past accommodation and veers into intimidation. This is disturbing and wrong. If we believe in religious freedom, this is a law no Canadian government should ever adopt, and no person living in Canada should have to endure.

Bill 62 is the festering afterbirth of ugly politics – a sop designed to immunize the Liberal government of Premier Philippe Couillard from opposition charges that it isn't doing enough to force Quebec's secular beliefs on immigrants, and specifically on Muslims.

The new law will do almost nothing to reinforce secularism, but it will hurt Muslims living in Quebec – who are still recovering from a massacre at a mosque in Quebec City in January that killed six and injured 19.

A law like this gives voice to unspoken suspicions about immigrants, and empowers bigots. Veiled Muslim women could find themselves subjected to verbal attacks by vigilantes who demand they remove their face-coverings the minute they sit down on a bus seat. Or they could be humiliated by being ordered to remove their covering in order to enter a government building.

All of this is allegedly being done in the name of Quebec secularism.

The province was once tightly linked to the Roman Catholic church; it has grown, since the 1960s, into a democracy that prides itself on its belated separation of church and state.

But that secularism has become a cudgel in the past few years, used by divisive politicians to prey on Quebeckers' fears and prejudices regarding immigrants that have a strong attachment to their religion.

The Parti Québécois led the charge in 2013 with its absurd Charter of Quebec Values – a failed attempt to make secularism the de facto state religion by amending the preamble of the Quebec Charter of Rights and Freedoms, and by preventing government employees and police officers from wearing "conspicuous" religious symbols, such as a kippah, turban or large cross, while on the job.

It also banned face-coverings on anyone providing or receiving provincial government services, while laughably preserving the right of the National Assembly to hang a crucifix in its legislative chamber on the grounds that the most potent symbol in Christianity is nothing more than a cultural artifact.

The Charter and its attacks on fundamental freedoms were decried inside and outside the province. The backlash contributed to the PQ's downfall in the 2014 election that brought Premier Couillard to power.

But the issue didn't go away. In one instance last year, another opposition party, the Coalition Avenir Québec, published racially-charged ads accusing both the Liberals and the PQ of plotting to allow Muslim teachers to wear full-body coverings in class.

The Liberals' response is Bill 62. It waters down efforts to impose secularism as the state belief system, preferring instead "to foster adherence to state religious neutrality." And while it requires public employees to be "careful to neither favour nor hinder a person because of the person's religious affiliation or non-affiliation," it quite rightly doesn't ask them to denude themselves of any religious symbols they hold dear.

With one notable exception: face-coverings.

On Wednesday, Justice Minister Vallée haplessly defended the law by arguing that it isn't about religion, or Muslims, since it applies equally to all face-coverings and doesn't target a particular group. She insisted that scarves, bandanas and even sunglasses will have to be removed when you board a public bus – an embarrassing stance she is obliged to take because any other would amount to an admission that the law is discriminatory.

This law can and will be challenged in court; we find it hard to believe it is constitutional. But the law is already under attack from the PQ and the CAQ – both of which voted against it on the grounds that it doesn't go far enough. They will make it an election issue, with Muslim women caught squarely in the middle.

Women wearing face-coverings in Canada will sometimes be asked to make a reasonable accommodation to society, by briefly exposing their face to government officials to confirm their identities.

But at all other times, they should be free to live and move about and practise their beliefs, without fear or discrimination. That is no longer the case in Quebec. The province's secularism was once a point of pride. Now, the government has made it an accomplice to bigotry. 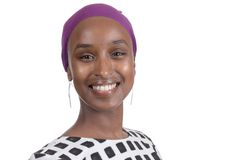 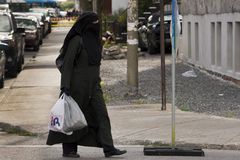