It's good news that a tip from an unnamed Toronto imam is the reason the police were able to foil an al-Qaeda-affiliated plot to derail a passenger train on Canadian soil, and the RCMP were right to make a talking point out of it. It is important to prevent incidents like Monday's arrests from arousing divisive and harmful prejudices.

On the other hand, we should not go too far in praising the tipster. It is everyone's civic duty to report a person who poses a threat to innocent people. A balance between gratitude and expectation needs to be struck.

The RCMP took the trouble to invite members of the Toronto Muslim community to a briefing prior to the news conference on Monday at which they announced the arrests of two men in connection with the derailment plot. Participants in the briefing said the police told them they would not have been able to track, and ultimately foil, the plot were it not for the imam who went to authorities in the first place. The community leaders said the police thanked them and urged them to spread the message.

According to imam's lawyer, the imam became concerned when one of the two suspects in the plot tried to spread extremist propaganda among young Muslims. No one has said what the propaganda was, or whether there was specific talk of a terrorist act, but it was clearly enough to alarm the man, who went to the authorities.

It would be good to know exactly what the imam saw and heard. Radicalism in the Muslim community is an obvious problem that no one should paper over. Canada has produced its share of young, radical muslims who have taken part in, or planned, acts of terror here and abroad. The Muslim community has struggled with this complex issue, but the fact an imam came forward with important information is concrete proof the community is coming to terms with the role it absolutely must play.

Because the bottom line is that every person in Canada who comes across an obvious threat to the public has a duty to speak out.

Bubbles are for regulators; not so much for the Bank of Canada
April 21, 2013 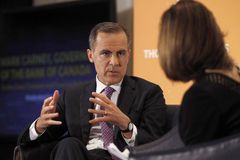 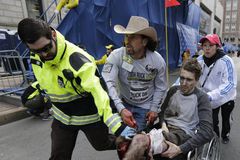