Here's the question that should occur to you as you watch Ottawa make like a pretzel while attempting to court the hard men of Beijing: Is the Trudeau government naive or Machiavellian?

Is Canada caving into China's demands, or is that merely what our ministers and mandarins, savvy negotiators, want their bullying Chinese interlocutors to think? Is the Trudeau government blithely clueless as to the brutal nature of the regime it is dealing with – or is it exceptionally aware, and hence all the more eager to avoid saying anything to publicly offend it?

Is the talk of "renewing the relationship" partly a rhetorical device for domestic political consumption, given that any demonization of the Harper regime, even blaming it for being insufficiently chummy with a Beijing that tortures and executes opponents, is guaranteed to appeal to many voters?

Is the Trudeau government, dazzled by its own highly optimistic take on the economic opportunities for Canadian business in China, fully awake to the fact that China is as much threat as opportunity? Does it know that, if Canada is to harvest more opportunities than threats, Ottawa is going to have to spend decades being as patiently hard-nosed behind closed doors as it has spent the past few weeks being an eager Pollyanna in front of them?

Perhaps the Prime Minister could give us a sign, just to let Canadians know how he's in charge. Blink twice if this is an act and Beijing is the one getting played.

Canada has never had a regime like the Communist Party of China as one of its most important relationships. The two great powers Canada has had to share a bed with – once upon a time Great Britain, and always the United States – could be bullies. Both put their interests first. But as constitutional democracies with legal, political and economic systems almost identical to ours, their interests mostly ran parallel to ours, and still do. That may be true for the Chinese people. It is not true for the people who rule China.

Consider the case of Kevin Garratt, who was arrested, charged, imprisoned and convicted on trumped-up charges of espionage by China, and then abruptly released prior to Premier Li Keqiang's visit to Canada. Mr. Garratt spent two years as what can only be described as a hostage. He was seized to punish Canada – the Harper government – for denouncing actual Chinese spying in Canada.

Hostages are normally held for ransom, and Ottawa appears to have paid one. As Mr. Garratt was being let go, the Trudeau government suddenly announced its keen desire to sign an extradition treaty with China.

Of course, no one will publicly say there was a quid pro quo. There may not have been. Perhaps the contemporaneousness of the two events was just coincidence. Perhaps Canada gave up something else. Maybe it was a reward for the Trudeau government's insistently agreeable tone. All that can be said for certain is that Beijing seized a Canadian citizen when it suited them – and released him when it suited them.

They also took $2-billion worth of Canadian canola exports hostage, just as Mr. Trudeau was about to get on a plane to China, likely as a test to see what he might cough up in return. That's how it's done in the governing precinct around Tiananmen Square. They are the stronger party, and the one with no scruples. And they know it.

It's clear why China wants an extradition treaty with Canada. It wants to ensure that its reach against criminals, real and political, extends to this country. Canada is already able to return genuine white-collar crooks and money launderers to trial in China, and sometimes does. But an extradition treaty would flip the rules of the game, putting the onus on Canada to render Chinese citizens against whom evidence has been presented by China.

Australia and China signed an extradition treaty in 2007. However, it has yet to enter into force, because, in the face of criticism, Canberra never ratified it. But earlier this year, coincidentally just as the Australian prime minister was preparing to visit China, his government suddenly rediscovered a desire to bring the extradition agreement to completion. The idea immediately met local opposition.

The Law Council of Australia, the equivalent of the Canadian Bar Association, was strongly opposed, describing China's legal system as procedurally unfair and "steadily marching in the wrong direction." Human Rights Watch Australia similarly questioned a treaty it said would "legitimize" a justice system marked by "risks of torture, lack of due process and politicization of the judiciary."

The Law Council cited the hundreds of defence lawyers who have been arrested or harassed for defending clients as proof that China does not have the rule of law. It also argued that Canberra should follow the example of Canada, which at that time had not yet bowed to Chinese pressure to conclude an extradition treaty.

In dealing with China, is the Trudeau government naive or Machiavellian? Does it fully appreciate the ruthlessness of the people it is dealing with? Can it get the things Canada wants out of the relationship, while dragging out talks over the problematic items on Beijing's wish list, consigning them to the proverbial slow boat to China?

Is Ottawa caving in, or merely giving the appearance of doing so? We don't know. We just hope somebody in the PMO does. 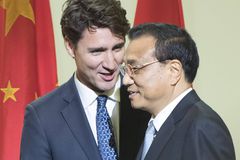 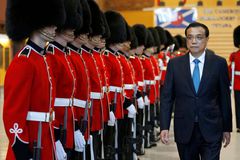