There is one overarching question Toronto Mayor Rob Ford had to answer to blunt overwhelming calls for him to step down: Did you use illegal drugs while serving as mayor?

After 37 meandering minutes of Mr. Ford fielding calls on his weekly radio show, we still haven't a clue. The mayor certainly sounded sure of himself when talking about fluoride in the city's drinking water and his economic track record.

Crack? Addiction? Extortion? He was virtually silent. Mr. Ford's stubborn failure to address the serious allegations swirling around him leaves him tarnished, and wholly unfit to serve as Toronto's chief magistrate.

These questions for Mr. Ford grow increasingly urgent as this scandal drags on.

Mr. Ford: How do you know you're not an addict? Have you sought professional help? What is your relationship with alleged drug dealer Alessandro Lisi? What were the purposes of your meetings with him, which were documented by police? Why did you decide to meet him in such out-of-the-way places, like a forest and an empty school parking lot?

The police say Mr. Lisi attempted to extort two men in an effort to retrieve a video, which, until recently, you claimed did not exist. What communications did you have with Mr. Lisi before and after he made these alleged threats? What steps did your assistant and long-time friend David Price take to retrieve that video? Under what circumstances were you photographed with Anthony Smith, the suspected gang member who was murdered? Did you know him? How?

We could go on.

On his call-in show, Mr. Ford acknowledged he has made mistakes. Among them, getting drunk during a street festival and running around City Hall in the middle of the night with a half-empty bottle of brandy, and texting while driving. All just brief lapses in judgment, says the mayor.

That kind of limited confession is hardly reassuring. Mr. Ford says he's sorry. But his apology rings incredibly hollow when it's unclear what it's for.

Had Mr. Ford admitted to using illegal drugs while serving as mayor, the city may have found it in its heart to forgive him and move on. Perhaps Mr. Ford would have moved on as well, heeding the sage advice of an 81-year-old caller who expressed concern for his health, urging him to "take a medical leave."

Instead, Mr. Ford has vowed to stay in office, promising to hire a driver, among a number of limited changes. That won't cut it. As mayor, Mr. Ford has a moral duty to account for his behaviour. He must answer the pressing questions that still stand.

Toronto and its reputation continue to suffer. Judging from the headlines, much of the world now thinks Toronto has a mayor who uses drugs and suffers from addiction.

Is that true? In light of police revelations, Mr. Ford should provide a definitive answer. And for that, we are still waiting. 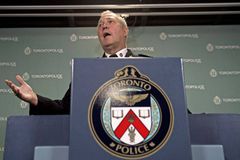 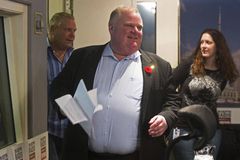 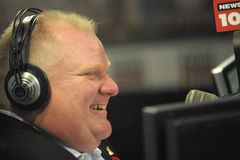 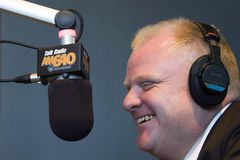