Luis-Andres Guimont-Mota was recruited to the McGill University football team to considerable fanfare. A star running back with a Quebec City CEGEP, he was considered a prize catch. He lived up to his billing by being named McGill's offensive player of the year last season.

Now Mr. Guimont-Mota has been charged with assault and uttering threats related to an incident last week involving his estranged wife; the university has suspended him from the team and suddenly says he never should have been invited to join it in the first place because of a well-publicized previous assault conviction; and the coach has resigned in anger at McGill's morally elastic position. We're with the coach.

McGill can suspend Mr. Guimont-Mota from the team if it wants to. Athletes representing the school are expected to follow a strict code of personal conduct; if there is doubt about an athlete's behaviour, as there is in this case, the university can take any action it chooses.

But now McGill officials say they were somehow unaware that the team's star running-back had pleaded guilty to an assault charge stemming from a bar fight in Quebec City in 2010. Had they known, they say, Mr. Guimont-Mota would not have been invited to join the team. "That was not in accordance with the values of our community," McGill said in a statement.

On the contrary – finding a spot for a young man who made a mistake and did his time is precisely what a university should do. The coach who quit, Clinton J. Uttley, wrote in his resignation letter that rehabilitation is an important social value and that McGill can't exclude students who made poor choices in high school. "How can someone aspire to rehabilitation when the leading institutions of Quebec and Canada shun those who have made an error in judgment?" he asked.

The courts agree with Mr. Uttley: The judge who sentenced Mr. Guimont-Mota in 2012 allowed him to serve his 90-day sentence on Sundays so he could continue to play football. In trying to appear forceful on a fraught issue, McGill University is prepared to exclude the very people who most need its embrace. 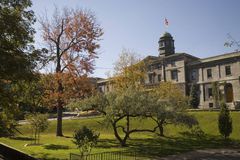 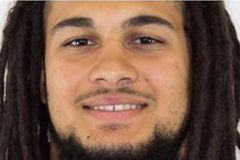