If you take as your starting point the notion that Canada and Quebec are both better off when the Parti Québécois is not running the province, then the rise of Philippe Couillard as the new leader of the Quebec Liberal Party is a positive development. A committed federalist and experienced cabinet minister, Mr. Couillard has what it takes to rebuild a party that has been hurt, but not fatally so, by recent scandals.

The former provincial Health and Social Services minister authored a surprising and resounding first-ballot win at the Liberal leadership convention in Montreal on Sunday, taking very close to 60 per cent of the delegates' votes. He replaces Jean Charest, who resigned after last year's general election resulted in the current PQ minority government led by Premier Pauline Marois.

Mr. Couillard's chief pledge during the leadership campaign was to rebuild his party, but he could hardly have promised otherwise. The Liberals are not exactly in tatters – they still managed to win 50 seats in the National Assembly, only four less than the PQ – but the party has spent much of the past few years trying to extricate itself from the mire of the province's ever-growing construction scandal. Mr. Charest's waffling on whether or not to call a full inquiry into the scandal (he eventually did) only made it worse.

The Liberals were also hurt by last year's student protests against their government's sound proposal to slowly raise university tuition fees. The PQ and Mme. Marois seized the opportunity to promise no tuition hikes, which won them a few seats and helped cement their election win. But their opportunism has now come back to haunt them; the PQ government has broken its pledge, raised tuition and re-awoken the student protest movement.

So it's not like Mr. Couillard has to rebuild the Liberals from the ground up. They still enjoy virtually as much support as the PQ. But there are challenges. First and foremost, the new leader has to use his resounding victory to unite the party in the wake of an, at times, bitter leadership campaign. Then he has to seize the moment to put some distance between his party and the construction scandal; the Quebec public will want to hear a response to allegations of illegal fundraising, among other things.

As well, Mr. Couillard, who left provincial politics in 2008, has to get elected to the National Assembly. He has said he is in no hurry to run in a byelection, but the Leader of the Opposition should be in the legislature as quickly as possible.

There is one thing Mr. Couillard may want to rethink: his campaign pledge to reopen constitutional talks aimed at getting Quebec to sign the constitution. It's likely Quebeckers have as little appetite for the drama that would be generated by what is a mostly symbolic act as they have for the PQ government's misguided efforts to invent confrontations with Ottawa and reopen the language debate.

Other than that, Mr. Couillard is well positioned to rebuild and rebrand the Liberal Party, and then to prepare it for an election against a Parti Québécois that has a weak grasp on power, and an even weaker grasp on the zeitgeist of Quebeckers.

The Bank of Canada could do with a more dynamic board
March 15, 2013 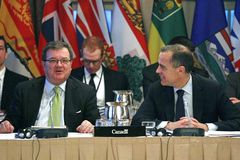 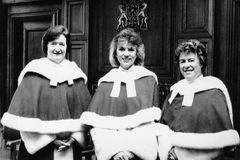 Argentina should accept the near-unanimity of the Falklanders
March 17, 2013