The Nobel Peace Prize awarded Friday to jailed writer Liu Xiaobo is a message to China that it is still an outlier, in spite of its emergence as a world power. This is a country that craves international recognition, in part to buttress the hold on power of its authoritarian rulers. China has celebrated its hard-won status through the Beijing Olympics and the current Expo in Shanghai. But it will not receive what it considers its due unless it transforms itself to respect basic human rights, including the right to free expression.

Its outrageous behaviour toward the Norwegian Nobel Committee underscores the point. Its deputy Foreign Minister, Fu Ying, threatened Geir Lundestad, the committee's secretary, saying that an award given to Mr. Liu would harm Norway's relationship with China. This was China seeking to extend its domestic bullying of dissidents to an esteemed world body. Not surprisingly, the committee refused to be cowed. It would have been the death of the Peace Prize if it had.

The Chinese government also sought to keep the award a secret from its people, blocking the signals of foreign broadcasts such as CNN shortly before the announcement. The news did not appear on the country's main Internet portals. But the government's attempt to create a blanket of silence, like the threat against Norway, is doomed to fail. The Chinese people will learn the news, and many will draw the only possible inference - that the government's intolerance of free expression is unacceptable.

There is a poetic justice in the award. China has invested billions in scientific research since 2007 with the express purpose of winning a Nobel prize. It treated the production of such prizes as if there was a formula for them - as it did in producing athletic gold medals for the Beijing Olympics in 2008. But in a system that stresses a rigid hierarchy and lacks creativity, Nobel prizes have proven elusive. The medal "won" by the country goes to an individual who stood up for the principle of creativity.

Mr. Liu is not a radical. A former head of the Independent Chinese PEN (Poets, Essayists and Novelists) Centre, the 54-year-old has been jailed several times in China, and is now serving an 11-year sentence. He did not aim at the violent overthrow of the Communist Party. He helped draft Charter 08, a manifesto of basic rights modelled on Charter 77 from Czechoslovakia. "Having experienced a prolonged period of human rights disasters and challenging and tortuous struggles, the awakening Chinese citizens are becoming increasingly aware that freedom, equality and human rights are universal values and this basic political framework is a disastrous process that deprives people of their rights, rots away their humanity and destroys their dignity." Where else in the world would a citizen be jailed for making such a statement? Rights that most people take for granted, rights protected by international documents to which China is a signatory, can be arbitrarily taken away.

Economic and military might will never bring China the recognition it seeks unless accompanied by respect for basic freedoms. "China's new status must entail increased responsibility," the Nobel Committee said. China should release Mr. Liu as a kind of promissory note for greater freedom of expression - a step on the way to a social transformation that cannot be forever restrained. 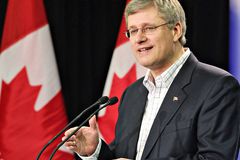 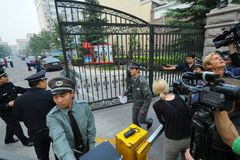 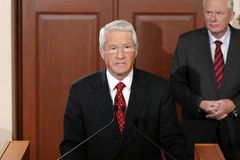 Liu Xiaobo could win the Nobel Peace Prize, and he'd be the last to know
October 7, 2010 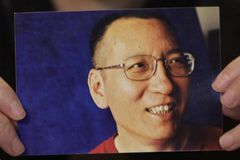