Let's start at the beginning. Canada is producing more oil and gas than ever before, far more than can be used here at home. The long-running development of the Western Canadian oil patch is predicated on much of that resource being exported. In the case of oil, growing quantities of it are moving by railway, but those virtual pipelines of tanker cars are generally not as safe or as efficient as actual pipelines. That's why a series of pipe proposals are on the table, heading south, east and west. For Canada's oil to get to markets at home and overseas, many of these pipelines must be built. The question is not "if." It is where and how and under what environmental rules.

Which brings us to Enbridge Inc.'s Northern Gateway pipeline proposal. On Thursday afternoon, the federal joint review panel recommended that it be given the green light, subject to 209 conditions. The 1,178-kilometre project aims to move 525,000 barrels of crude from Alberta, across northern British Columbia to the port of Kitimat. It will then be put on tankers – about 220 a year – which will travel down the Douglas Channel and across the Pacific to Asia.

The panel concluded that the project, if "constructed and operated in full compliance" with those 209 conditions, "is in the Canadian public interest. We find that Canadians will be better off with this project than without it." The final decision – to proceed or not, and under what conditions – rests with the federal government, which has six months to consider the results of this review.

Northern Gateway, along with TransCanada Corp.'s stalled Keystone XL project, is the most controversial of the pipelines under consideration. Keystone doesn't pose any novel environmental dangers, but the fact that it would cross the American border has allowed it to be sucked into the Washington, D.C., political vortex, from which it may never escape.

The other major pipeline plans, however, are made-in-Canada solutions. And they generate far less scrutiny and controversy, because they travel along long-standing routes. Kinder Morgan Inc.'s Trans Mountain project is an expansion of an existing pipeline, ending at an existing oil terminal near Vancouver. Enbridge's Line 9 plan involves reversing the flow on a pipeline in Ontario, to move Western oil to the East, instead of the other way around. TransCanada's Energy East plan would convert an existing Alberta-to-Quebec gas pipe to oil, and then extend it to Saint John, New Brunswick. A refinery there that now ships in foreign crude could end up processing Canadian oil, and the oil import terminal could be converted to export.

Northern Gateway, in contrast, faces bigger legal and environmental challenges. It's a new pipe, going through new territory, to a port located at the end of a long channel. There is serious opposition on the ground, particularly from native groups.

Concern about climate change should not be a reason to oppose Northern Gateway. The oil is going to move, one way or the other, thanks to all of the other projects on tap, and the rise of oil-by-rail.

The only reason to consider opposing the project is concern over an oil spill – especially in the Douglas Channel leading out of Kitimat, or elsewhere off the coast of B.C. If Ottawa wants Northern Gateway to go ahead, it is going to have to convince Canadians, and in particular British Columbians, native and non-native, that steps will be taken to minimize the chance of serious accidents. Ottawa has also signalled that it will change current rules to ensure that if a spill happens, its costs will be entirely paid by the polluter.

The panel is largely silent on the native land question. It's understandable, given that this is a report on environmental impacts, not on the legalities of crossing territory where aboriginal rights and title may be at issue. There will be protests. There could be lawsuits. The B.C. government has been cagey about its stance. The province cannot legally stop the project, and native opponents may ultimately be in the same boat. But they have the power to make it costly, difficult and time-consuming for Northern Gateway to move forward. Voters may get a say on this in the next federal election, which is less than two years away. The Liberals and NDP have both made it clear that this will be an issue.

Which means that the ball is in the Harper government's court. Canada's oil must move, and pipelines must be built to do that. Several projects on the drawing board are almost certain to get the green light. Should Northern Gateway be one of them? If that is to happen, Ottawa will have to persuade Canadians that the highest environmental standards are going to be met. If it can't make the case, and achieve approval and the start of construction in a timely manner, this project may be dead. The clock is ticking. 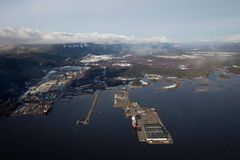 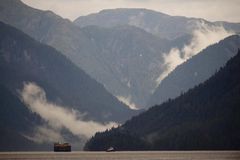 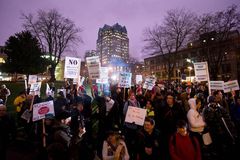 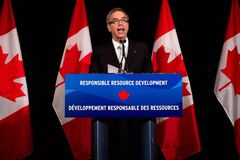 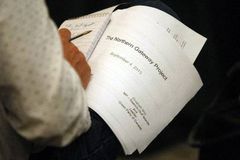