The Liberal government's decision to kill electoral reform is going to be seen as cynical and self-serving – kind of like its 2015 promise to bring in electoral reform, by killing first-past-the-post, and replacing it with Fill In The Blank.

But Wednesday's move, quietly announced in the new Minister of Democratic Institutions' mandate letter, at least has the virtue of being the right one.

This doesn't have to be the end of the road for electoral reform. It is, however, the end of this particular episode of playing politics with it.

Opinion: The broken promise of electoral reform: The emperor has no shirt

The Liberals never explained why first-past-the-post had to die, why it had to expire immediately, what would replace it, why the replacement would be an improvement, or how a new system to last for generations could be designed and put in place before the next election. Nor was the government willing to give Canadians the final say over changes to their democracy, by means of a referendum.

The electoral reform promise was made in haste 2015, pursued unseriously through 2016, and finally repented of in 2017. That the government gave the controversial and high-profile file to a young and inexperienced MP, Maryam Monsef, and then allowed her and it to founder, shows that the Trudeau government's heart was never really in it.

At times, the government even seemed to be sabotaging itself. Late last year, it launched an online public consultation that read more like a pop quiz from a dating site. Instead of asking users what they thought about electoral reform, it questioned them as to their feelings about democracy. The algorithm then told users what kind of voting system they should fall in love with.

Canadians should be open to the idea of electoral reform, just as they should always be open to the possibility of reforms, small or large, to any and all of our institutions.

But Canada's system of government, while not perfect, has spent 150 years being remarkably stable and successful. If major changes are to be made, Canadians must be persuaded that these really do improve our democracy. And if there is to be a deep change in the voting system, voters must be given the final word – as they were in electoral reform referendums in Prince Edward Island in 2005, Ontario in 2007 and British Columbia in 2005 and 2009. All of these went down to defeat.

If Canadians want it, electoral reform is not dead. But the Liberals tried to make it inevitable, immediately. That was a mistake.

The way this round of electoral reform died, like the way it was born, left a lot of people scratching their heads. It popped up in the Liberal platform, without buildup or followup, and the Liberals have now sacked it, without much explanation.

Nathan Cullen, the NDP MP who has led his party's push for electoral reform, on Wednesday criticized Prime Minister Justin Trudeau for "lacking the courage and fortitude to make this announcement himself." The government's reversal of policy, dog-that-didn't-bark style, didn't even merit a prime ministerial tweet. "He certainly had no problems making the promise," said Mr. Cullen, "but not the courage to break that promise in front of all of you here today."

So the new Minister of Democratic Institutions, Karina Gould, her ministry shorn of its original reason for being, now has this as Item No. 1 in her mandate letter: "In collaboration with the Minister of National Defence and the Minister of Public Safety and Emergency Preparedness, lead the Government of Canada's efforts to defend the Canadian electoral process from cyber threats."

Has someone been watching too much American TV? We're talking about an electoral process where, unlike the United States, ballots are pieces of paper, on which you make an X with a pencil.

Still, Ms. Gould has useful work to do. She's also been tasked with coming up with legislation to ensure that fundraisers for cabinet ministers, party leaders and leadership candidates are held in public spaces, advertised to the public and reported on in a timely manner.

Her mandate letter says she will be working to pass amendments to the Canada Elections Act to make the Commissioner of Canada Elections more independent. She's also going to review spending limits during elections, and look at limiting spending between elections as well.

On fundraising, her letter also says that "other measures may follow after discussion with the other political parties."

We'd suggest, for now, that's where the government and the opposition look to improve Canadian democracy. Reinforce Canada's solid system of electoral finance, so that Canadians can be assured that donor money is unable to influence elected officials. It could help Mr. Trudeau avoid yet another scandal. 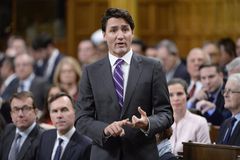 Trudeau ditches electoral reform – and some of his new-politics appeal
February 1, 2017 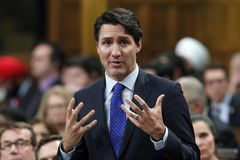 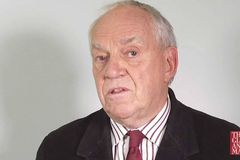