'It is not a crime in Canada to sell sex for money." That is the very first sentence in the Supreme Court's unanimous judgment striking down Canada's prostitution laws. The case is "not about whether prostitution should be legal or not." It is "about whether the laws Parliament has enacted on how prostitution may be carried out pass constitutional muster." And the Supreme Court says that the three, long-standing Criminal Code sections governing the sex trade do not pass the test, and are unconstitutional. On two out of three, the court got it right. But we have questions about striking down the third of those provisions. So should Canadians.

Prostitution has long been legal in Canada. This business, however, is covered by some unusual, wrong-headed criminal laws that don't apply to any other commercial enterprise.

Prostitutes cannot keep what is known as a common bawdy house – which means that, unlike other business people, it is against the law to have a regular place of business. Go to a different hotel room each time you meet a client, and you're not breaking the law. Meet repeatedly in the same location? That's against the Criminal Code. It's a crime for a prostitution business to be a tenant; it's a crime to be its landlord. To describe the rule as crazy is an understatement.

It is also against the law to live off the avails of someone else's prostitution. This must be the only legal business where being a manager or an employee is a crime. To avoid breaking the law, prostitutes must be self-employed. They must also effectively be the sole employee of their business: Hiring someone to work with them, or for them, could result in criminal charges.

And then there's the law against communicating in a public place for the purpose of prostitution. Standing on a street corner, selling sex, is a crime.

Those first two provisions of the Criminal Code never made much sense. Return to the heart of this case: Sex work is legal. It is also potentially dangerous. A law making it illegal to set up an office surely increases the danger. And making it a crime to live off the avails of prostitution may have been aimed at protecting prostitutes from predatory pimps, but it has had large and unfair side effects. The law was so broadly drawn as to make life more hazardous for many prostitutes. It placed some sex workers in an impossible legal bind, making it illegal to work together, to hire a manager or to have employees like a receptionist or a security guard. A dangerous job was made more dangerous.

The law against public solicitation, however, is a different story. It aims to prevent sex from being sold in public places, particularly public streets. Prostitutes have long been able to advertise to and communicate with clients – just not on the street. That still leaves a world's worth of other venues. Look at the extensive back pages of what used to be known as the alternative newspapers in any major city. Go online, to Craigslist and a host of other sites. Search on Google. Sex is for sale, and legally, all across this country. Communication by means of phone calls and e-mails between sex service providers and potential clients are also perfectly legal, too. It's only selling sex in a public place that is forbidden.

There are laws regulating the time, place and manner of the sale of all sorts of products and services. Many cannot legally be offered on the streets of Canada's cities. Sex is one of the things that most Canadians would not want sold on the streets of their neighbourhood, and the law aimed at that objective. When this case was before the Ontario Court of Appeal last year, it upheld this section of the Criminal Code, while striking down the other two provisions. It was an approach we agreed with. The Supreme Court disagreed.

Though it ruled that the existing laws are unconstitutional, the Supreme Court left the door open for Parliament to replace them with new, possibly similar laws. Those new laws might aim at some of the same objectives, but would have to do so without diminishing the security of sex workers. "Parliament is not precluded from imposing limits on where and how prostitution may be conducted," said the court, "as long as it does so in a way that does not infringe the constitutional rights of prostitutes."

Parliament has been given 12 months to come up with new rules; after that, the existing laws disappear.

What should Parliament do? The court offered the government remarkably little guidance as to what would be constitutionally acceptable, but it did note that all three provisions it struck down are "intertwined." The court said that if Parliament were to significantly loosen the rules in one area, such as by allowing prostitutes to have regular places of business, and to employ security guards and receptionists, that might enhance the security of sex workers to such a degree that the law would not have to be changed significantly in other areas – such as the rules on public solicitation.

That's where Parliament's opportunity lies. Ditch the two-thirds of the prostitution laws that never made sense. And figure out how to constitutionally improve the one-third that did. 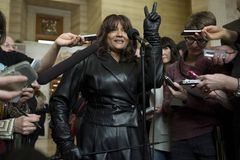 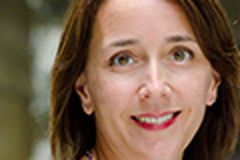 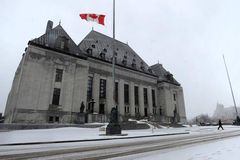