Members of the House of Commons are often seen as voting automatons. With the rarest of exceptions, MPs cast their ballots as they are told, and it's not hard to understand why: Their party leader wields almost unlimited power over them. He can reward with goodies, like a cabinet position, or he can punish. He can even go so far as to refuse to sign their nomination papers, effectively ending the career of even a sitting MP.

But senators are a whole other story. They weren't elected, and they don't have to seek re-election. They sit until age 75, with most occupying their positions for decades, their salaries guaranteed. They have far less need to curry power with a party leader. Tenure gives them some independence, or at least it should. Justin Trudeau's Senate reform plan, which on Wednesday dropped from a clear blue sky, is in part nothing more than a reminder of this. He told the Liberal senators that they were effectively now independents, booted out of the caucus and at liberty to stop taking dictation from him or his successors.

The Trudeau plan is partly a good idea. But it's also more than that – and less, too. Mr. Trudeau is proposing a way of reforming the Senate without having to amend the Constitution, but his end run has its limits, and what's more, it may end up taking the country, and Parliament, to unintended destinations.

The Harper government immediately pushed back, accusing Mr. Trudeau of trying to put distance between himself and the imminent release of an audit of Senators' expenses, including erstwhile Liberal senators. The government also took a shot at the second plank of Mr. Trudeau's two-step proposal: His call for future senators to be appointed not by the prime minister, but by some kind of "non-partisan appointments process," like the one for the "Order of Canada recipients." Pierre Poilièvre, the Minister for Democratic Reform, mocked that part of the plan, saying that under Mr. Trudeau's proposal, "not only would senators be unelected, but those who appoint senators would also be unelected." There's something to that.

And as for the 32 allegedly former Liberal senators, Mr. Trudeau's abrupt attempt at disowning them looks to be less than it seems, and less than he'd hoped. James Cowan, the still-Liberal leader in the Senate, stated that he and his colleagues will continue to identify themselves as Liberals. The Senate speaker, Noel Kinsella, ruled that the senators are still Liberals, and still the Official Opposition in the Senate. Senator Cowan said that, as a result of Mr. Trudeau's step, "not much will change."

The striking thing about the whole affair is how much it reveals about the overwhelming power of a party leader, even the leader of the third party in the Commons, and even a leader like Mr. Trudeau, who claims to stand for a new kind of politics. After all the well-deserved shots that Liberals have taken at Mr. Harper for centralization of decision-making and secrecy, Mr. Trudeau's Senate announcement was Harper squared.

Was there public consultation? No. Debate within the party? None. The announcement arrived from nowhere. The immaculate policy's subjects, members of the upper house of the federal Parliament, were simply informed of their new status at a hastily called meeting, like school kids hearing from the principal at morning assembly. And then many of those senators, good soldiers all, took to Twitter, to congratulate their leader (or is he now their former leader?) for his great foresight.

There are many Canadians who want to see a reformed Senate that is elected. Others would prefer to see the institution abolished, viewing it as no longer serving any democratic purpose. Pretty much everyone can see that the current assignment of seats in the Senate, which gives overwhelmingly disproportionate representation to the Atlantic provinces, has to be fixed. All of those moves would require a constitutional amendment. Mr. Trudeau's plan can be done without reopening the Constitution, but if it succeeds in conferring greater legitimacy on the Senate, then there will be side effects.

One virtue of the current Senate is that its members have long understood that, even though their chamber has constitutional powers equal to those of the Commons, they lack democratic legitimacy. As a result, senators recognize that they generally must yield to the will of the elected Commons. The Senate may officially be the upper house, but in practice it has long behaved as very much of a lesser house, and with good reason. It should continue to do so. The first half of Mr. Trudeau's plan, making senators more independent, does not threaten that. But a new Senate appointment process might. It could have the unintended consequence of empowering an upper house that is still unelected, and still unrepresentative. Not a good idea. 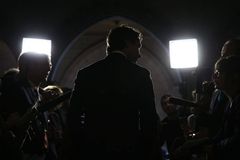 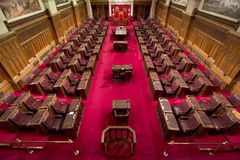 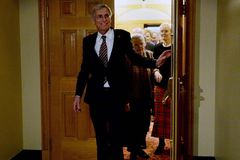