Ontario Premier Kathleen Wynne's announcement that her government intends to allow the optional use of so-called ranked ballots in civic elections starting in 2018 is excellent news. At long last, a Canadian politician is willing to give electors a chance to experiment with something other than the brutal determinism of the country's long-standing first-past-the-post system.

Let's use Toronto as an example to explain ranked balloting. On Oct. 27, voters will select one of 65 people for mayor. With that many candidates, in the first-past-the-post system – where the person with the most votes wins, period – it is mathematically conceivable that someone could become mayor with 5 per cent of the popular vote. That will never happen, of course, because the vast majority of the people running for mayor are fringe candidates whose support doesn't extend beyond their front door – but it does demonstrate the inherent absurdity of the current system.

What will, in fact, happen in Toronto on Oct. 27 is that one of three front-runners – Olivia Chow, Doug Ford and John Tory – will almost certainly become mayor with less than 50 per cent of the popular vote. This will be exacerbated by the low turnout that characterizes municipal elections. Nothing close to a majority of the city's electors will have voted for their mayor – one of the many factors that causes voter disengagement.

A ranked ballot system, on the other hand, means the person elected mayor has earned 50 per cent of the vote thanks to a built-in runoff system. Instead of a check mark, voters put a 1 beside their preferred candidate, a 2 beside their second choice, a 3 beside their third, and so on (and on and on, in Toronto's case). Some snazzy computerized tabulation system counts up the results. If none of the candidates has earned 50 per cent of the preferred votes, the second-choice votes are then allocated, and then the third choice votes, etc., etc., until one of the candidates passes the 50-per-cent threshold.

The ranked ballot system is used in various forms in elections in a few countries and a couple of American cities; run-offs are also fairly standard around the world for the election of the leaders of political parties by party members. Advocates for its use in elections say it cures many of the ills associated with the first-past-the-post system. Aside from guaranteeing majority support for the winner, there is less negativity and polarization, because candidates need to reach beyond their base and attract voters who might make them their second or third choice. As well, voters don't have to swallow hard and vote for a candidate they don't really like in order to prevent the election of another they despise (i.e., strategic voting).

Toronto councillors last year voted in favour of asking the province to allow the city to hold ranked-ballot elections. It seems they will now get that wish in time for 2018, as will every other Ontario municipality. But Toronto – if it indeed adopts ranked balloting – will be the country's litmus test for the system's effectiveness and popularity. Before anyone jumps to the conclusion that it should, however, they need to understand that ranked ballots are not a perfect fix.

Candidates, for instance, can tell their supporters who their second and third choices should be, thereby eliminating the need to reach beyond their base in a meaningful way. And unless voters are obligated by the law to rank the candidates, they can simply put a 1 beside their preferred choice. Ontario, or perhaps each municipality, will need to decide whether this is allowed, or whether voters must choose their top three, or top five, or must put a rank beside every single name on the ballot, and whether failure to do so will result in a spoiled ballot. There are a lot of voters who could be offended by the idea of being obliged to extend even low-preference support to candidates whose views are anathema to them.

Let's also remember that one of voters' pet peeves about politicians – especially incumbents – is that they often refuse to take strong stands on issues in the name of expediency. Ranked ballots could result in even more vanilla front-runner candidates who daren't offend anyone in order to garner as many second- and third-preference votes as possible. The first-past-the-post system has its faults, but at least it gives us a few candidates in every election that are willing to espouse difficult or out-there positions.

The greater issue, though, is that Canadian law-makers have been reluctant to explore alternatives to the first-past-the-post system. Voter turnout is dropping at all levels of government. Something needs to be done to show voters that there are other ways, and that those others ways could restore their confidence. Ontario has opened that door. 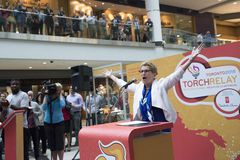