After a week of dark hints that Canada would impose retaliatory sanctions on the Palestinian Authority for its successful attempt to increase its status at the United Nations, Ottawa has now said it will do no such thing. This is to be applauded, but what comes next will be critical. The Canadian government now needs to think about its relations with Palestinians, and with Arabs more broadly, in a way that supports the peace process in the Middle East as well as Canada's other interests in the region.

It was only last week that Foreign Affairs Minister John Baird was leading a determined Canadian charge to prevent the Palestinian Authority from seeking status as a non-member observer state, an upgrade from its previous status as a non-member observer entity. The Harper government warned the authority through back channels that it might close the Palestinian mission in Ottawa and cut aid to the region if it didn't back off. The government was right to oppose the status change but wrong to threaten sanctions, since the bid was an effort by the PA to use legitimate channels to advance its agenda. Thus, it was a relief when Mr. Baird's office said on Tuesday that Canadian aid to the region would continue unchanged. Talk of closing the Palestinian mission disappeared quietly, too.

Canada's next steps should be equally as measured. Ottawa was meek in its response to Israel's retaliatory gesture of building new homes in a controversial settlement, a counter-productive move announced late last week. But even that can be left behind as Canada watches, waits and shapes its next response to the ongoing process of bringing peace to the Middle East. Canada's loyalty to its greatest ally in the region, Israel, is now well cemented. Our tactical retreat from threats, in the form of sanctions not imposed on the Palestinian Authority, can be built upon and used to reach out to the broader Arab world. It must not be forgotten that Canada has a stake in the entire region. Ottawa should not let the Israel-Palestine conflict hijack its entire Middle East policy.

We welcome your comments on the issues discussed in this article. In an ongoing effort to improve the quality of discussion at globeandmail.com, all comments will be reviewed by moderators in accordance with our guidelines. Thanks for your contributions.
Mobile users can click here to comment.

The Maritimes should remain three provinces but share costs
December 4, 2012 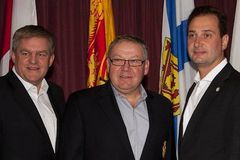 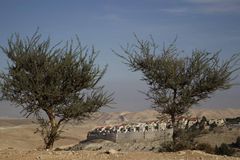 Canada should not penalize the Palestinians
November 30, 2012 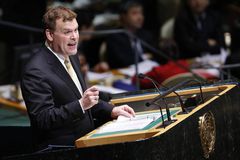