The greatest medical advance of the 20th century is now in doubt because of its own popularity. Antibiotics have saved the lives of millions of people suffering from tuberculosis, syphilis, meningitis and other illnesses since the bacteria-killing treatment was first introduced in the 1940s. Today, unless concerted action is taken to curb antibiotic overuse and misuse, in humans and animals, the world may be heading for a post-antibiotic age.

Minor ailments such as strep throat and infected cuts could once again become fatal. And operations such as organ transplants and hip replacements could become impossible to perform. The culprit is the wrong use of antibiotics that has allowed certain bacterial infections to survive and adapt, become more potent, dangerous and difficult to treat.

The rise of superbugs more powerful than antibiotics – a phenomenon known as antimicrobial resistance – is one of the biggest challenges in global health, says the World Health Organization. "Some experts say we are moving back to the pre-antibiotic age," says Margaret Chan, the WHO's director general. "A post-antibiotic era means, in effect, an end to modern medicine as we know it. At a time of multiple calamities in the world, we cannot allow for the loss of essential antimicrobials, essential cures for many millions of people, to become the next global crisis."

It is a train wreck in slow motion – as University of Alberta medicine professor Lynora Saxinger puts it. A form of tuberculosis now exists that is resistant to most drugs; the mortality rate is 50 per cent. An antibiotic-resistant strain of gonorrhea, a sexually transmitted disease, has emerged in Japan, and has now appeared in Canada and the U.S. The Canadian Medical Association warns that, without urgent action, this form of gonorrhea could become untreatable.

Pharmaceutical companies are not developing new antibiotics to treat these superbugs, in part because of concern that irresponsible usage will render the new medicines ineffective before the investment in research and development can be recovered.

Treating healthy animals with antibiotics to boost production has led to resistance, which then spreads to humans through the food chain. While the use of growth hormones to increase milk production is prohibited in Canada and the European Union, it is approved for use in the U.S. and in many countries in Asia.

In the developing world, there are complex challenges. In countries such as India and Pakistan, antimicrobial resistance is spread through poor infection control and weak regulatory practices. Antibiotics are sold over-the-counter. Patients self-diagnose, fail to finish a course of treatment, or overuse these medications. This creates the perfect environment for superbugs to develop and, in an age of mass immigration, global travel and medical tourism, surge overseas. "Drug-resistant pathogens are notorious globe-trotters. They travel well in infected air passengers and through global trade in food," says Dr. Chan.

Despite better regulations and public education campaigns in the developed world, the misuse and overuse of antibiotics remains a problem in the West as well. In Canada and the U.S., many upper respiratory tract infections, including colds, sore throats and even some ear infections, should not be treated with antibiotics, yet often still are.

Patients should understand that taking an antibiotic unnecessarily increases the risk that they will become infected with a drug-resistant bacterium in the near future. "It creates an environment that allows antibiotic-resistant bugs to thrive," explains Dr. Donald Low, microbiologist-in-chief at the University Health Network in Toronto. Already in Canada, about 16 per cent of streptococcus pneumonia bugs (which cause pneumonia) are resistant to antibiotics.

Hospitals are also hot beds for antibiotic-resistant infections, thanks to the increased use of antibiotics, overcrowded conditions, and poor hygiene. About 250,000 Canadians come down with life-threatening infections while in hospitals every year – one of the highest rates in the developed world according to the WHO – and as many as 12,000 die.

The most notorious antibiotic-related hospital illness is Clostridium-difficile, a bacterium that causes severe diarrhea. The infection spreads among patients whose natural gut flora have been wiped out by antibiotics. An outbreak in the Niagara Health System in Ontario last year was a factor in the deaths of 21 patients; in 2003-04, C-difficile led to as many as 2,000 deaths in Quebec.

The world loves antibiotics – to death, or nearly so. A world without antibiotics seems unimaginable. But a world that loves them still has a chance to save them.

Resistance to antibiotics is the new climate change
April 4, 2012 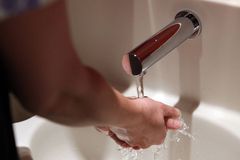 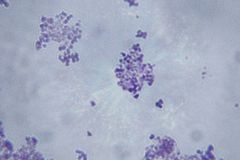 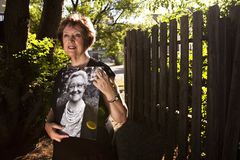 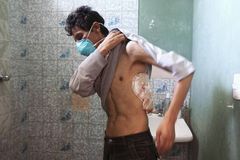 When standard medical testing does more harm than good
April 4, 2012 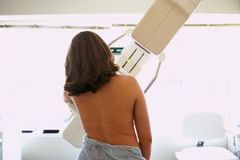