It's welcome news that extracurricular activities are finally returning to all of Ontario's elementary and middle schools after the vast majority of those schools went almost an entire academic year without them. But it's galling to listen to the self-congratulatory tone of the union that ordered teachers to stop coaching kids and organizing field trips in the first place, and disconcerting to hear Premier Kathleen Wynne celebrate the "hard work all parties are putting into the repair of this valued relationship." Here are the reasons:

The union, the Elementary Teachers' Federation of Ontario (ETFO), said Tuesday night it is "suspending its advice to members regarding voluntary/extracurricular activities." The union had warned members that anyone who disobeyed the so-called advice would have their name published in a union bulletin and might also be fined up to $500 a day. After the government imposed a contract, however, and the union was no longer in a legal strike position, the union issued an advisory to members that carried no threat of discipline.

The ETFO also said Tuesday that it is lifting its ban on extracurriculars "because of progress with the current talks and a commitment that talks to address outstanding issues will continue." This is an admission that the union held the well-being of thousands of students hostage.

No one should forget the ETFO undertook this damaging action because the government made the necessary and responsible move of reining in union contracts during straitened times. Facing massive deficits, the government, through legislation, imposed a 1.5-per-cent pay cut on teachers in the form of three unpaid professional development days, cut sick days from 20 to 11 and stopped letting teachers bank those sick days and turn them into massive payouts upon retirement. The province's Catholic and French-language school unions reached deals with the government. The ETFO held out.

Ontarians should be worried that, if the ETFO feels progress is being made in talks with the government, the government has conceded issues that will cost taxpayers money and continue to make it difficult for the province to curb its deficits. Ms. Wynne has said she will not reverse the pay cut or the cuts to sick days. It would be good to hear her say that again now.

There is, of course, positive news in all this. Children will go back to getting the complete education they need. Plus, teachers play an important role in society and deserve to be properly paid and fairly treated. Thus, it is always good when a government takes steps to bring labour peace in schools. Which brings us to one final point: The ETFO's decision to show some generosity this spring likely has to do with the fact it is negotiating with a Liberal government. But it is a shaky Liberal minority government. It was in the union's best interests to negotiate with Ms. Wynne now, rather than later with, potentially, a less friendly government.

Editor's note: A previous version did not point out that the teachers' union issued an advisory that did not threaten discipline, after the provincial government imposed a contract.

Anarchist crime does not serve the Downtown Eastside
March 26, 2013 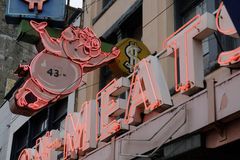 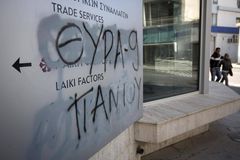 The NRA’s triumph in the fight against gun control is nearly complete
March 26, 2013 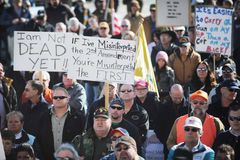