The collapse of the joint Ontario-Ottawa plan to create Canada's first urban national park is being played by some as a victory for the environment at the expense of the Harper government, and by others as crass politics on the part of Queen's Park. We'll side with the latter group. Ontario's justification for pulling out of the deal doesn't hold up to scrutiny.

The proposed Rouge National Urban Park on Toronto's eastern edge would combine Rouge Park, a provincial park, with adjoining federal land, some of which has farm tenants on it, plus small amounts of municipal property. To make it work, Ontario originally agreed to transfer Rouge Park to Ottawa, which would operate the site as a national park of 5,665 hectares. That's more than 14 times the size of Vancouver's Stanley Park.

This seemed like a done deal until last fall, when Brad Duguid, the Ontario Minister of Economic Development, Employment and Infrastructure, began hedging. In September, he wrote to Ottawa to complain that Bill C-40, the legislation that creates the federal park, did not include adequate environmental protections.

Last week, after C-40 passed through the Senate without the amendments Ontario wanted, Mr. Duguid wrote a second letter to Ottawa saying the province will no longer transfer its land to Ottawa.

It's partly a matter of language. Bill C-40 says Ottawa needs to "take into consideration the protection of [the park's] natural ecosystems and cultural landscapes and the maintenance of its native wildlife and the health of those ecosystems." Ontario says "take into consideration" isn't strong enough; it wants Ottawa to explicitly state that the health, maintenance and protection of the park's ecosystem are the absolute priority, and that all environmental standards will meet or exceed existing provincial ones.

But let's remember this is an urban park. It is not set in the wilds of Canada; it contains private residences and businesses, and is criss-crossed by highways, roads, railway lines, transmission lines and utility pipes, all in a concentrated area. The federal Environment Minister, Leona Aglukkaq, has pointed out that, were Ottawa to give the new park the same protections as wilderness federal parks, complications could ensue. Such as, if a forest fire occurred, it would have to be allowed to burn out, because that's how natural ecosystems work. That's not exactly a realistic idea in the middle of a big city.

As well, if the rules were too rigid, Ottawa would not be able to return any of the land to the province if it needed it for new infrastructure – a specific request from Ontario when the two parties signed a memorandum of agreement on the project in 2013.

In other words, Ontario says the environmental protections in the federal act need to be absolute, yet it needs those protections to be flexible enough to allow it to put a transmission line through the park in the future, or a new road, or anything it decides Ontario needs at that time.

Contrary to Ontario's rigid position, Ottawa's bill creating the park is a reasonable compromise. It specifically protects the flora and fauna, and any endangered species. It prohibits hunting, dumping, mining, logging and other unparklike activities – some of which, such as logging, are still allowed in Ontario provincial parks. There would be full-time Parks Canada wardens to enforce the rules.

As well, Ottawa has committed $143.7-million to the project over 10 years, far more than the province ever promised for Rouge Park. It's a good law, given the peculiarities of a national park in the heart of the Greater Toronto Area.

Mr. Duguid, though, won't acknowledge this. It appears that the interests of his government don't include letting the federal Conservatives announce a new national park in the GTA during this election cycle. "There's a federal election this year," Mr. Duguid told reporters last week. "I expect that following that, whether this government's re-elected or there's a new government elected, there may well be a change of heart by then."

Mr. Duguid has the support of some national and provincial environmental groups, who echo his concerns that the protections in the federal act don't meet or exceed provincial standards, and even fall short of federal ones. The groups also argue in a letter to Ms. Aglukkaq that the act isn't adequately imperative about the duty of the government to preserve the park for future generations, and that it doesn't specifically call for "science-based" management.

These aren't convincing concerns. There is no question that the Harper government has not been a friend of environmental groups, especially in disputes over natural resources. As well, we have repeatedly criticized Ottawa for its deliberate silencing of Environment Canada scientists. And it has a poor record on the overriding environmental issue of the era, climate change.

But the Rouge National Urban Park project can't be lumped into one big, off-green pot. Ottawa's plan has the support of a number of local environmentalists who have been associated with Rouge Park for decades. In their eyes, Ottawa is offering the long-awaited chance to preserve and expand an unlikely natural treasure.

No doubt the Harper government has its eye on the election, too, and would like to see this go through as soon as possible. But at least its position is coherent. Ontario is playing games, and jeopardizing a historic project in the process. 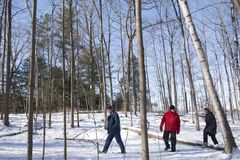 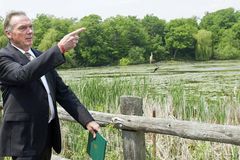 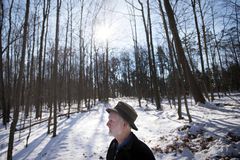