Sidney Crosby's brain injury cost him nearly a year of his hockey career, but it did athletes everywhere, of all ages, a monumental favour. It gave this generation of athletes, coaches, executives and parents a rare lesson whose meaning could not be missed, even by the most reckless and willfully blind.

The National Hockey League's willed blindness toward concussions put its greatest player at risk. Mr. Crosby was hit by a train in full public view. Yet his team, whose doctor headed the NHL's concussion committee, did nothing to ensure Mr. Crosby was okay to continue in the game. He was hit directly in the head from the blindside; he struggled to regain his feet, and skated hunched over to the bench; and the only check on his health was from a trainer asking if he was okay. As Mr. Crosby would explain later, he only had a sore neck.

That is the very paradigm of how damage from a concussion is made far worse, and how athletes much younger than the 24-year-old Mr. Crosby are exposed to risks they cannot possibly be aware of. It is not just the NHL that has been guilty of willful blindness. It is not just professional coaches that look the other way. It is teams at all levels. Even parents have often been in denial. Countless children at age 11 in Canada begin to collect concussions, according to injury data from minor hockey leagues. The vast majority of hockey concussions, at least until recently, probably went undiagnosed, a study from Paul Echlin of London, Ont., suggests. Why are children at 13 allowed to play contact hockey with three or four concussions under their belt anyway?

The first lesson, then, is never to leave it to an athlete to decide whether he or she can return to play. Athletes of any age will almost always insist on returning; a head injury clouds judgment; the symptoms may not come out until later; an athlete may not know what the symptoms mean. For goodness' sake, the whiplash that causes a sore neck like the one Mr. Crosby complained of also tosses the brain like a soft egg against a hard shell.

The second lesson is that short-term thinking creates huge long-term risk. Pittsburgh was down by one goal and playing in front of 50,000 fans at an outdoor game, with one period left to play, when Mr. Crosby got hurt. The risk of playing with a concussion is catastrophic – though rare. Second-impact syndrome (a concussion on a concussion) can cause death in young athletes. Mr. Crosby was hit, not hard, from behind in the next game, and hasn't played in nearly a year. Soon after his injury, his team announced he would probably be out for one week with a "mild concussion." Such was the state of knowledge – little more than closing one's eyes and hoping for the best – in the NHL at the time.

There have been vast changes since the seriousness of Mr. Crosby's injury became known, in tougher NHL rules and smarter injury protocols, and in greater awareness at all levels of sport. The NHL left its best player unprotected, and many Canadian parents did the same, unwittingly or recklessly, to their children.

It is great that Mr. Crosby is returning to action on Monday night – for hockey, for the fans and, above all, for Mr. Crosby himself. His injury, made worse by his own team's refusal to take concussions seriously, proved to be a turning point – it truly brought home the danger that people wished not to see. 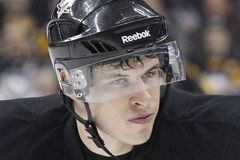 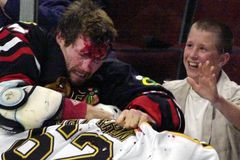 Hockey has been slow to learn about concussions
August 25, 2011
Follow us on Twitter @globedebate Opens in a new window
Report an error Editorial code of conduct
Due to technical reasons, we have temporarily removed commenting from our articles. We hope to have this fixed soon. Thank you for your patience. If you are looking to give feedback on our new site, please send it along to feedback@globeandmail.com. If you want to write a letter to the editor, please forward to letters@globeandmail.com.
Comments