It's becoming clearer every day that 2017 is going to be a strange year when it comes to our preconceived ideas about global trade and the treaties it is built upon. Weird things keep happening.

President-elect Donald Trump, for instance. He has been a tweeting behemoth in the first week of January, threatening GM with punitive tariffs for building compact cars in Mexico and accusing China of "one-sided" trade deals. America, he promised in another proto-executive tweet, will become the "world's great magnet for INNOVATION & JOB CREATION" (his caps, not ours) under his leadership.

The usual Trump Tower Sturm und Drang, most presumed – until Ford Motor Co. simultaneously announced it would no longer construct a new $1.6-billion plant in Mexico and instead invest $700-million in an existing facility in Michigan that will produce the next generation of electric and hybrid cars.

Suddenly it seemed as though the president-elect's America-first policies might be doable; that American firms can indeed be forced by the threat of punitive taxation to keep jobs in the U.S., even if that violates precepts of laissez-faire capitalism and free trade.

All of this has been unsettling for Canada and its government. The U.S. is our biggest trading partner, a relationship cemented by the North American Free Trade Agreement. That deal, of course, is now subject to revision, thanks to Mr. Trump's repeated declarations that NAFTA is disastrous for American workers and must be renegotiated or torn up.

What will this mean for Canada? The Trudeau government has wisely shown a willingness to reopen NAFTA. It's the same wisdom that compels a mouse to let a hungry bull elephant have the last peanut; refusal isn't an option. But it might also be a good move. Every trade deal has aspects that might improve through bilateral agreement, and Canada has talented trade negotiators on tap.

Still, no one knows yet how far Mr. Trump will push, or whether his bully tactics will even apply to Canada. His big targets are China and Mexico, judging by his Twitter feed.

We also don't know yet to what degree Mr. Trump even understands the stakes in the game he is playing. He is a practised television showman, and he has developed some real estate, but he has never been involved with manufacturing or had to navigate the intricacies of international trade.

The Ford announcement is instructive on this score. Mr. Trump didn't take credit for it, because he couldn't. Mark Fields, the CEO of Ford, says the decision to cancel the new Mexico plant and reinvest in an existing American one would have been taken even if Mr. Trump hadn't been elected.

The company is still going to transfer the production of compact cars to Mexico, but to an existing plant instead of a brand new one. The smaller sticker price for compacts means they are only cost-effective when built in a low-wage jurisdiction like Mexico. That math hasn't changed. One way or another, Mexicans will be building Ford Focuses for sale in the U.S. and around the world.

Also unchanged is the fact that major automotive companies like Ford are investing in electric and hybrid cars, which many predict will be more numerous than all-gas cars within a decade. The $700-million being spent in the U.S. is an unavoidable hedge against the future.

What has changed, though, is that America is about to be led by a president who takes things personally when they don't go his way. Ford Motors, like GM, will still want to build compact cars in Mexico for the American market, and it doesn't want them to be slapped with a Trump tariff that makes them less saleable.

Best, then, to buy into Mr. Trump's "America first" agenda by announcing a timely plan to return investment to the U.S., even if that decision had none of Mr. Trump's thinking behind it. This gift to Mr. Trump's ego will make it harder for him to punish Ford with a "big border tax," as he calls it.

Harder, but not impossible. Mr. Trump portrays trade as a zero-sum game: Every deal has to be good for America, or there is no deal. Will he accept that Ford and other manufacturers must be able to import some of their products for sale in the U.S.? Or will he still punish a company like Ford, which employs 85,000 Americans and produces 85 per cent of the cars it sells in the U.S. on American soil, for the crime of being cost-effective?

And is he even aware that, in 2014 alone, American workers built 2.1-million cars and trucks that were exported to other countries, Canada and Mexico included? How does he think this really works?

Trade is a far more complicated issue than the president-elect makes it out to be in his Twitter feed. Nations have to be willing to lose in one area in order to gain in another. Companies must be free to seek cost-savings. The question facing the U.S. and its trading partners is whether Mr. Trump will acknowledge the nuances of a world that can't be explained in 140 characters. 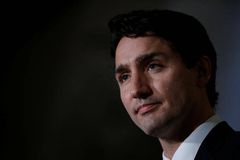 U.S. comes first, Trump official says about Canadian auto industry
January 3, 2017
Follow us on Twitter @globeandmail Opens in a new window
Report an error Editorial code of conduct
Due to technical reasons, we have temporarily removed commenting from our articles. We hope to have this fixed soon. Thank you for your patience. If you are looking to give feedback on our new site, please send it along to feedback@globeandmail.com. If you want to write a letter to the editor, please forward to letters@globeandmail.com.
Comments