Of all the initiatives B.C.'s Liberal government has championed in recent years, perhaps none is as promising as its decision to overhaul the province's K-12 education curriculum.

The need to revamp the current system has been talked about in B.C. for decades. A 1988 royal commission on education recommended customized learning and increased flexibility for students – notions that are all the rage in education circles today. Of course, it never happened.

It would be easy to blame it on resistance from teachers and their union – it certainly has been a factor. But the lack of action has mostly been the fault of feckless politicians who put votes ahead of students' needs. But now the province's future is at stake. Unless it begins training young people for a radically different world than the one the current education system is designed for, it will find it has a work force ill-equipped for the demands of an ideas-based economy.

While details of what the government is envisioning are few at this point, its intention is clear: It plans on changing a teaching structure that emphasizes what a student learns over how they learn it. And why is this? Because the existing arrangement is precisely the opposite of what a modern education system should focus on.

The typical Canadian K-12 curriculum is based on an ideal designed a hundred years ago. When it was conceptualized, educators didn't know much about the way people learned. Consequently, the system was built on rational assumptions, not science. The goal was to get facts into students' heads. A teacher's job was to transmit that information in the most effective way possible. The definition of success was based on how well students could use simple mathematical concepts and recall facts such as the country's provincial capitals.

It became known as the standard model and initially prepared students for the industrialized era of the early 20th century.

Today's economy is obviously much different. It's increasingly based on the production and dissemination of knowledge and information, not just goods and services. The world is now fuelled by human creativity; in that sense, the standard model is designed for a world that's rapidly disappearing.

Today, governments have access to research that points to new ways of optimizing what students learn. Much of it contrasts what's being called "deep learning" with the superficial knowledge most students glean from today's lesson plans.

Keith Sawyer, an education professor at Washington University in St. Louis, says straight memorization of facts and principles is not good enough any more. He suggests that high-school grads need a deeper understanding of complex concepts and the ability to work with them creatively to generate new ideas, new products and new knowledge. One of the underlying themes of modern learning research, he says, is that students derive that deeper knowledge when they engage in activities similar to those with which professionals who work in a particular discipline are involved.

"Increasingly, cutting-edge work in the sciences is done at the boundaries of disciplines," Prof. Sawyer writes. "For this reason, students need to learn the underlying models, mechanisms and practices that apply across many scientific disciplines, rather than learning in the disconnected and isolated six-week units that are found in many standard model science classrooms."

In practical terms, that means students would work on projects that set out to solve a problem or probe a particular subject instead of just being told about it by their instructor. They would have to do original research and meet their teacher the way master's students get together with their thesis advisers.

Former B.C. education minister George Abbott is among those who have championed the province's planned curriculum renovation. A former college instructor, he says he imagines a system in which the early grades would continue to emphasize literacy and numeracy while the middle grades would encourage general inquiry and project-based learning. The senior levels, he says, would offer students some type of personalized curriculum that focuses on their particular interests.

"Reform is desperately needed," Mr. Abbott says. "We have an education system that was designed for another era and different needs. The time has come to adapt and prepare kids for a changing world. We can't afford to wait any longer."

Opinion
For teachers and government, the end of the affair
September 3, 2012 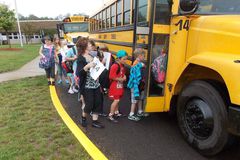