The spotlight thrown on contacts by Western business and political leaders with the thoroughly despicable Gadhafi family sheds a stark light on the difficulties inherent in participating in a globalized world.

Moammar Gadhafi has headed a quixotic and vile regime for more than 40 years. Cleverly disguised as a clown, he has lured foreign investors with an embarrassment of resources, and earnest Western political leaders with a renunciation of nuclear weapons and promises of democracy. Through a prolonged period when there was much else to preoccupy them, even the best intentioned global leaders were kept off balance by his eccentricities, less than charming though they are.

Colonel Gadhafi is not the only one who has skated onside with foreign leaders. Of the 192 member countries of the United Nations, it should come as no surprise that most are not nice, and that they don't have nice leaders. Many African states, most countries of the former Soviet Union, the Middle East, parts of Asia and even a few in Latin America (where democratic advances have been impressive and, for the most part, sustained) are places that are not only undemocratic but anti-democratic, led by villains who are hopelessly corrupt, to say nothing of vicious.

Yet, these countries have the same vote on international practice and treaties as does Canada and other advanced democracies - the same vote on establishment of a land-mines treaty, on who gets elected to the rotating seats on the Security Council, who sits on UN committees such as Human Rights or UNESCO, what rules will govern international trade or a climate-change agreement. They are, therefore, impossible to ignore, and someone has to talk to them.

Combine this with the fact that Earth's most sought-after resources, such as copper, gold and oil, are, alas, not always - or even often - to be found in nice countries. This inevitably means that Canadian companies seeking to do global business frequently find themselves in remote corners of countries with vaguely defined borders, run by thuggish dictators or overrun by murderous tribal gangs.

Western political leaders, particularly U.S. presidents, have long been accused of "cuddling up to murderous dictators," a phrase used just the other day in a letter to The Globe and Mail. We should be mindful of the fact that national interests, strategic or economic or both, are usually involved. During the Cold War, protecting the line in the sand between communism and the West was seen as vital, even if it meant supporting (among others) South Vietnamese dictators who had no credibility with their own people. Wrong principle, almost certainly, appalling implementation, absolutely certainly. Strategic interests: very likely.

Today, a friendship with Egypt's Hosni Mubarak or the King of Saudi Arabia is understood, if only with considerable distaste. On the other hand, no one could be accused of "sucking up" to Robert Mugabe of Zimbabwe: Not only is he a reprehensible dictator, but no strategic interests are threatened. The problem then becomes, if Western democracies don't talk to Zimbabwe, who helps the Zimbabwean people?

It's essential that the businesses of Western democracies continue to plunge into the risky commerce of troubled nations. And it's not only good for their shareholders, as the naysayers proclaim. It adds to the essential supplies of crucial materials. It thus contributes, even if tangentially, to global price stability.

More important, most Western companies - certainly most Canadian companies - have a sense of social responsibility toward their foreign employees. They provide not only jobs, but usually some job training, frequently housing, and stable wages that are comparable to or higher than other local wages. Their motives may not be altruistic, but neither are they reprehensible.

As for political leaders, including Canada's, their first responsibility is the security of their own countries, including economic security. That does not exclude democracy promotion, support for human rights abroad, excoriating foreign dictators when it's useful.

But to contribute to domestic and global security, it also means meeting utterly untrustworthy and self-serving foreign leaders, ensuring Canadian interests are protected in difficult environments. The judgment about when to engage, and when to withdraw, is one of the most important - and difficult - elements of leadership.

Barbara McDougall, a former secretary of state for external affairs, is an adviser to the Toronto law firm Aird & Berlis LLP. 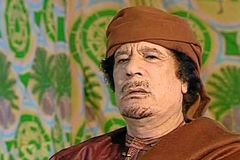 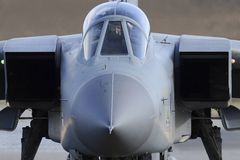 Luxury cars of the world's dictators 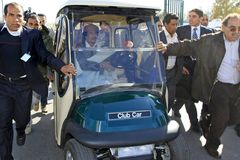 Opinion
Transparency: the only way to do business with despots