This country-defining general election is the most European one Britain has ever seen. With a pivotal role played by smaller parties and diverging politics in different regions or nations within the state, the outcome will almost certainly be a coalition or minority government: all frightfully un-British and typically continental. Yet this most European of elections could result in Britain leaving the EU and Scotland then leaving the United Kingdom It could also mean drastic cuts to some areas of public spending and more inequality and a further erosion of our civil liberties.

As an English voter, those are all things I want to prevent. I want Scotland to stick with the U.K., Britain to stay in the EU, a British society that tries to combine the efficiency of a market economy with social justice and environmental sustainability – and I want us to have the greatest possible individual liberty compatible with the liberty of others. How do we achieve that? Most of Britain's pre-election newspaper and magazine editorials have ended up urging us, as in the old days, to plump for Labour or Conservative. Now plainly the only two people who have a chance of being Prime Minister are David Cameron and Ed Miliband, but my choice as an individual English voter is more complicated than that.

For a start, I have to reckon with the consequences for possible British governments of the different ways in which the Scots, Northern Irish and, to a lesser extent, the Welsh will vote – and have a perfect right to vote, for their own national or (according to taste) sub-national reasons. With what looks like an almost-certain triumph of the Scottish National Party across Scotland, that impact will be huge. If we had a continental system of proportional representation, I could generally vote for the party I feel closest to, safe in the knowledge that this would increase its presence in parliament and chances of shaping the new government. Not so in our first-past-the-post system, which is ill-suited to the European kind of politics into which Britain has now stumbled. That sometimes means voting with the head rather than the heart. In Britain, this is traditionally called "tactical voting," which has a vaguely pejorative ring. Nonetheless, the Oxford political scientist Stephen Fisher reckons that close to one in 10 British voters have done so in the past, influencing the results in around 45 seats. More of us should do so this time, and we should see it as strategic voting, not tactical.

Some parts of this strategic choice are tricky. Clearly, if you want to keep Scotland in the U.K., then you must want to keep Britain in the EU. For if the English vote to leave the EU, but the Scots vote to stay, SNP Leader Nicola Sturgeon will almost certainly urge the Scots to have another independence referendum. Labour has a more rational and constructive European policy than the Conservatives. Yet I'm far from convinced that five years of a weak minority Labour government, with palpable SNP influence stoking the flames of English resentment and the Conservatives maintaining their own internal unity through Europe-bashing, aided and abetted in both respects by the non-Scottish Sun, would put us in a better position to win the in-out referendum that will surely come.

Other parts are easier. According to Paul Johnson of the Institute for Fiscal Studies, if the Conservatives' current budget plans were actually executed, and they continued to protect spending on the National Health Service, schools and pensions, that could mean budget cuts for the unprotected departments of "an extraordinary 41 per cent" over this decade. Now we do have to keep worrying about Britain's high levels of public and private debt, but that is crazy. It means you ring-fence parts of our public spending – with obvious electoral calculation, wooing centrist, female and elderly voters – but savage others, such as social services, along with the foreign office, defence (except for Trident), culture and universities.

Complicated some of these judgments may be, but the general message is clear: Vote with your head. Thus, if you are in a Labour-Conservative English swing seat, you need to anticipate that Labour will be decimated in Scotland. So if you are concerned about the overall balance in the Westminster Parliament, that is a good reason for voting Labour there.

If you are in a Conservative-Liberal Democrat marginal, by contrast, don't waste your vote on Labour. For all the priorities I have mentioned, it is important that there should still be a hard core of perhaps 35 Liberal Democrat MPs, capable of coalition with Labour or the Conservatives, or of influencing a minority government of left or right. They would also still be strong enough to raise a parliamentary flag for our much-eroded civil liberties – an issue to which both the largest parties have proved chronically indifferent. And if you are registered in Brighton Pavilion constituency, vote for Caroline Lucas, even if your heart inclines to Labour or Lib Dem, to ensure that there is at least one Green voice in Parliament.

Timothy Garton Ash is a professor of European Studies at Oxford 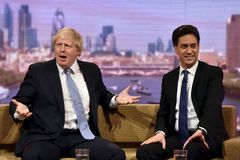 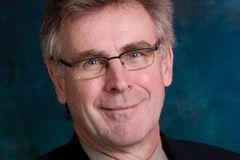 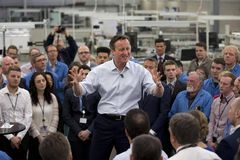