Timothy Garton Ash is professor of European studies at Oxford University, where he leads the freespeechdebate.com project, and a senior fellow at the Hoover Institution, Stanford University. His latest book is Facts are Subversive: Political Writing from a Decade Without a Name.

Whom the gods will destroy they first make bored. We have seen so many "last chance" euro-zone summits about Greece that many Europeans have almost succumbed to narcolepsy. We doze in the passenger seat even as the car goes over the cliff. But this is it. If the EU heads of government don't find a way forward at their emergency summit on Sunday, then on Monday a 70-year-old project of European integration may start to unravel. If you think it's just the future of Greece that is at stake, think again.

The trouble is that the euro zone's recurrent failure to do anything but kick the can down the road is not merely the result of flawed policies and weak leadership. There have been plenty of those, on all sides, including the Greek government, the German government and European and international institutions. But the causes lie much deeper, in structural weaknesses of the European project that go back decades. Most of the politicians responsible for those weaknesses are dead or in their anecdotage. In many ways, today's leaders are trapped in the dysfunctional logic of institutions that their predecessors created. It will take the most extraordinary leap of courage and imagination for them to go beyond it.

If you ask who are the two people most responsible for the euro-zone crisis, of which Greece is just the most extreme manifestation, I would say former French president François Mitterrand and long-time Italian prime minister Giulio Andreotti. Those two old foxes were the key players who, immediately after the fall of the Berlin Wall, pinned the West German chancellor Helmut Kohl down to a timetable for European monetary union in return for their own grudging support for German unification – but then would not accept the fiscal union needed to make it work. "Recent history, not only in Germany," said the historically informed statesman Mr. Kohl, "teaches us that it is absurd to expect in the long run that you can maintain economic and monetary union without political union." How right he was.

This was only one of several original sins of the euro zone. While France and Italy demanded the commitment, Germany wrote most of the rules – and they were German rules, obsessed by countering inflation and crafted for the macroeconomic circumstances of a different time. Because this was above all a political project, and France and Italy had by definition to be in from the outset, there was a kind of reverse domino effect. If Italy had to be in, then surely Spain; if Spain, then surely Portugal; and so all the way to Greece, a profoundly unmodernized state, which should never have entered a monetary union that should itself not have been allowed to proceed – even within a smaller group of more compatible economies – until the original design flaws had been addressed.

Now old king Kohl hoped that, as so many times before in post-1945 Europe, this economic integration would eventually catalyze the necessary political one. But so far it has not happened that way. As personal memories of war, occupation and dictatorship have faded, national publics across the continent – not least in Germany itself – have become more pragmatic, skeptical or downright disillusioned about the European project.

The solution proposed for the EU's so-called democratic deficit, namely to give more power to a directly elected European Parliament, and then to have the top candidate for European commission president nominated by the main party groupings in that Parliament, simply has not done the trick. Many times over recent months I have asked audiences consisting mainly of people who did actually vote in elections to the European Parliament whether they had consciously been voting for one of the Spitzenkandidaten. Hardly anybody says yes. Theory is one thing, practice another. So whatever you think of Greek Prime Minister Alexis Tsipras's behaviour, it is nonsense to pretend that Jean-Claude Juncker somehow enjoys a broader European democratic legitimacy in confronting him.

The reality of European democracy remains national, and behind that truth is an even deeper fact: There is hardly any more of a European public sphere today than there was when I first started studying and travelling in Europe 40 years ago. There is a thin layer of publications, now online as well as in print, which reach a small, educated audience across the continent, but most people in Europe still get most of their news and views from national media. This is true even when there is a shared language. In Vienna recently, I was told how much the Austrian coverage of Greece differs in tone from that in Germany.

So there is not just one Greece, but 28 different ones, according to the country you are in. The Estonian and Latvian "Greece" would barely be recognizable to Italians, let alone to Greeks. Equally, there is not just one Germany but 28 – and few Germans would recognize their own country in the Greek newspapers' "Germany." These drastically contrasting narratives are fed by national politicians, who emerge from every Brussels summit to trumpet their own successes and blame any concessions on other governments and nasty European institutions. The Belgian foreign minister rather amusingly says that he is the only one who can't blame it on "Brussels" (because that is also the seat of his own government).

"Among a people without fellow-feeling, especially if they read and speak different languages," wrote John Stuart Mill, "the united public opinion, necessary to the working of representative government, cannot exist." Europe has yet to prove him wrong. I have been in six European countries over the last six weeks, and the lack of fellow-feeling between them has been painful to observe.

There's a cliché about "democracy versus technocracy." Unfortunately, the truth is even worse, for in the euro zone we have the worst of both worlds. Institutions such as the European Commission and the IMF do have some of the flaws (as well as the virtues) of technocracy, including a tendency to stick to unrealistic, one-size-fits-all economic orthodoxies. But when it comes to European leaders, then it is a case of democracy versus democracy. Immediately after last Sunday's "no" vote in Greece, Mr. Tsipras celebrated "the victory of democracy" – Thermopylae replayed as agitprop. Yet, though German Chancellor Angela Merkel may not be directly descended from Pericles, she is every bit as much a democratic leader as Mr. Tsipras, and equally subject to the constraints of national interest and (often more important) national emotions.

So the 28 national leaders who gather in Brussels on Sunday, together with the heads of European institutions, will not merely have to leap over their own shadows. They will have to surmount giant structural obstacles that their predecessors created, at once going beyond the orthodoxies of technocracy and somehow negotiating a way to reconcile the legitimate imperatives of 28 different national democracies. If they fail, not just Greece but the whole European project will be plunged into still deeper crisis. Will that existential crisis then finally be seized as kairos, the opportunity for decisive action? As a European, I hope it; as an analyst, I doubt it. 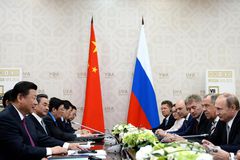 Opinion
Greece must be saved for the sake of Europe
June 16, 2015