As Europe enters its fifth year of economic trauma and choking unemployment, is it being overtaken by the politics of anger and hate?

To get a graphic understanding of the seriousness of this problem, you might start by visiting the Brussels-based European Parliament, as I did this week, and staring out across the semicircle of 754 seats.

Like the continent itself, the middle of the 27-nation assembly is dominated by a huge bloc of moderate conservatives – certainly the largest electoral beneficiaries of the economic turmoil – alongside a diminished slice of social democrats and wedges of Greens and Liberals. Several dozen ill-dressed Communists sit largely ignored on the far left.

What really grabs your attention is the noisy and ragtag group occupying a surprisingly large chunk of the hall's far right. These right-wing extremists and ultra-nationalists take up as many as 120 seats, depending on how you count them.

Here you'll find the three elected representatives from Hungary's third-largest party, Jobbik, which attracted 16 per cent of the vote in the last national election. Or, rather, its two representatives, because the third was forced to quit the party this year after he discovered he was Jewish. That should give you some idea of the party's political obsessions: At the moment, it's in the midst of a very public campaign to expose the names of all "Israeli dual citizens" – that is, Jews – in government, because it considers them "security threats."

Next to them, you'll find members of other parties devoted to racial hatred and intolerance, including France's National Front, for which almost one citizen in five cast a ballot in this year's presidential election; the thuggish British National Party; and the Dutch Party for Freedom, whose immigrant-baiting leader Geert Wilders has recently declared that Slavs, as well as Muslims, should be declared undesirables.

You won't yet find members of Golden Dawn, the Greek party that uses a modified swastika and unmodified physical violence to get across its message, or the Hungarian Guard, or Germany's neo-Nazi NPD.

Staring across this terrain, you might be led to believe that recession-battered Europe is following the path it did in the 1930s.

But look again. After four years of economic turmoil, no extremist party has become either a governing or a major opposition party in any major country. Those hateful parties have failed to join forces and coalesce into anything meaningful (they tend to hate each other, too). Mr. Wilders was abandoned by voters in this year's election, the National Front failed to capture the French imagination, and Scandinavian and Mediterranean movements have mainly peaked.

The real extremist threat is criminal, not political. Domestic anti-minority groups are now the largest violent threat in Europe, police agencies say, eclipsing jihadist terrorism by an order of magnitude. And some of them are joining forces – we saw this when Anders Behring Breivik, the anti-immigration terrorist who killed 77 Norwegians last year, wrote a letter from prison last month to the German neo-Nazi terrorist Beate Zschäpe, accused in the murders of 10 Turkish immigrants, declaring that "we are the first raindrops of the violent, cleansing storm closing in on Europe."

That frightful prospect is painted in vivid detail in a new study of extremism published by the Budapest-based Athena Institute. It identifies 115 domestic extremist groups now active in Europe. Two-thirds are in Western Europe, a third are linked to political parties and three-quarters of them are right wing.

But most of them peaked long before the recession. "Even though the 1990s were definitely an era of economic growth and prosperity for most in the Western Hemisphere," the report notes, "this era was also much more plagued by serious extremist attacks than the 2000s … There has been an increase in the number of people falling victim to extremist violence between 2006 and 2010, but those numbers stay far below the numbers we found in the 1990s."

This could be reassuring – as the report notes, it shatters "the myth of the Great Recession" and shows that extremism is no longer linked to wider economic or political conditions. But, on another level, that makes it more disturbing: It means that even after Europe fixes its economy, it won't have dealt with this simmering threat.

These extremists have made many parts of Europe dangerous for religious and racial minorities. As governments get their economic houses in order, they should also stop being complacent about this grave threat to their harmony.

Opinion
Can Germany ignore neo-Nazis and hope they go away? It might be the right idea
December 10, 2012 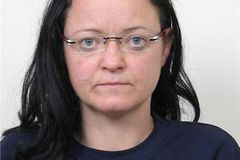 Opinion
In case you missed it: This is the ‘African century’
November 24, 2012

Opinion
The world should get ready for more (new) America
November 10, 2012