All the media of Europe should respond to the Islamist terrorist assassinations in Paris by co-ordinated publication next week of selected cartoons from Charlie Hebdo, and a commentary explaining why they are doing this. A week of solidarity, and of liberty. One on which all Europeans, including Muslims, reaffirm the commitment to free speech which alone enables us to combine diversity with freedom.

Otherwise, the assassin's veto will have prevailed. For all the bold editorial statements, sympathy cartoons and moving 'Je suis Charlie' demonstrations, most publications, left alone to decide for themselves, will in future self-censor out of fear. And violent extremists of other persuasions will learn this lesson: if you want to enforce your taboo, go and get a gun.

We do not resolve our differences by violence. We do it by speech. Here is the elementary principle that we, especially those of us who live by the word and image, must unite to defend. You can be furious, rude, sarcastic, offensive – and offended back. There are limits set by law, and you can try to change those laws through parliament. You can demonstrate peacefully, also using civil disobedience. But only the democratic state can legitimately use violence, which we then call force.

There are two sides to this sovereign coin of liberty. On a website dedicated to discussing free speech, I have formulated the principle thus: 'we neither make threats of violence nor accept violent intimidation'. It is the second part which now requires this extraordinary moment of European media solidarity.

I would suggest that the publication or broadcast over this week should include not only a few of the Charlie Hebdo cartoons relating to Muhammad, but also one or two devoted to other subjects, so everyone can see that this was a satirical magazine, offensive to many different kinds of people. That's what satire does. And a commentary should explain why media who would not usually publish or broadcast such satirical cartoons are doing so now. Readers and viewers should be warned in advance that the cartoons will be shown, but the images themselves should not be pixelated or redacted.

Such an action will take a little time to prepare, but will be none the worse for that. Indeed, otherwise the news cycle would move relentlessly on. It would be good if free media around the world joined in the action, but this is above all a moment for Europeans to stand up in solidarity for the freedom of expression which is central to our values and way of life. It is also the freedom upon which most other freedoms depend.

Every newspaper, magazine, website, broadcaster blog or social media page will have its own particular way of commenting, and so it should be, but my draft would go something like this:

"Violence must never be allowed to curb free speech. That is why we, who would not usually publish/broadcast such satirical cartoons, are doing it now, along with other media across Europe. Only such solidarity will show the assassins and would-be assassins that they cannot divide and rule, intimidating media into self-censorship. An attack on one is an attack on all. In this sense, nous sommes tous Charlie.

All that the murderers will have achieved is that those cartoons of Muhammad are now viewed by millions who would never otherwise have seen them. The assassins, not the cartoonists, have brought this upon the image of the Prophet. For there is now an overwhelming, legitimate public interest in knowing what was the ostensible cause of the grotesque, terrorist butchering of the French cartoonists Charb, Cabu, Wolinski and Tignous – whose names will now live through history – and of their colleagues and the police.

This co-ordinated publication is not a gratuitous gesture. It is not anything against Islam. On the contrary, it defends the very conditions in which Muslims in Europe, unlike Christians or atheists in much of the Middle East, can freely express their own deepest beliefs, and challenge those of others. At stake is the future of Europe, and that of liberty. For our living together in freedom depends on this: that the assassin's veto shall not prevail.

–– Timothy Garton Ash is Professor of European Studies at Oxford University, where he currently leads the freespeechdebate.com project, and a Senior Fellow at the Hoover Institution, Stanford University. He is working on a book about free speech. 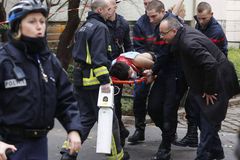 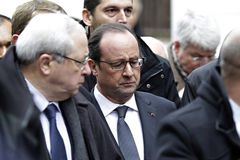 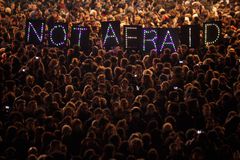