Avi Benlolo is president and CEO of the Friends of Simon Wiesenthal Center.

Not to be outdone by U.S. Secretary of State John Kerry's shuttle diplomacy to restart the peace effort between Israel and the Palestinians, the European Union has tried to get into the fray by slamming Israel with an ill-conceived boycott decree.

Although not labeling it a boycott, the EU this week passed soft guidelines preventing grants to Israeli institutions operating in settlements that extend beyond the 1967 armistice lines – effectively in the West Bank, Gaza, Golan Heights and East Jerusalem. On July 19, the EU released a document in the Official Journal of the European Union entitled, "Guidelines on the eligibility of Israeli entities and their activities in the territories occupied by Israel since June 1967 for grants, prizes and financial instruments funded by the EU from 2014 onwards."

It is not idle speculation to think that Israel's enemies might be rejoicing at this new measure against the Jewish state. However, these guidelines serve neither the Palestinian nor the Israeli people and in essence decelerate the peace process rather than advancing it. The guidelines are ill conceived because they fail to take into consideration the following factors:

1. Peace is a two-way street. Israel has signaled on multiple occasions its willingness to resume peace talks with the Palestinian Authority. In fact, the PA has adopted an anti-normalization strategy – a policy of no dialogue toward peace with Israel. Indeed, Mr. Kerry's efforts have been rebuffed on several occasions on this basis.

2. Since the EU has literally drawn a line in the sand by imposing Israel's borders pre-negotiation, little motivation exists for the Palestinians to return to the negotiating table with Israel. And the EU has ignored what many Israelis believe is a historical right to a unified Jerusalem. This EU arrogance will only stifle diplomacy and entrench the positions of both Israel and the Palestinians.

3. Many questions arise. How will the EU treat the Hamas entity in Gaza as it relates to this decree and the Palestinian Authority and Israel? How will Palestinians who are employed by Israeli-owned businesses (e.g. Soda Stream) be affected?

4. This EU policy, although limited to economic activity taking place on settlements, appears similar to the PA's broader international objective of promoting boycott, divestment and sanctions (BDS) against the State of Israel and labeling it an apartheid state. The EU's guidelines fall squarely within the spectrum of the Palestinian agenda of separating out the territory claimed by the Palestinians – without negotiation.

6. The EU guidelines may be construed as antisemitic when the working definition of antisemitism is applied according to the European Forum on Antisemitism. In one instance, the official document states, "Antisemitic discrimination is the denial to Jews of opportunities or services available to others…" Certainly, the EU guidelines are exactly that – the denial to some Jews of opportunities.

7. Despite Israel's vibrant democracy, gay and women's rights and rights and freedom for all in comparison to its neighbors, the EU's targeting of Israel distracts global organizations and social advocates from the atrocities now occurring in Syria, Iran, North Korea, Africa and many other regions on earth. This imbalance – effective bullying of the Jewish state – is a double standard which cannot be minimized.

8. Finally, and most significantly, the European Union must be sensitive to the legacy of the Holocaust. The Holocaust started with the boycotting of Jewish businesses. Therefore, while to many Europeans the Holocaust might be a "thing of the past," to the Jewish people who lost six million souls in Europe and were nearly wiped out, it is very much a significant reality which we breathe every single day.

The EU should focus attention on combating increasing antisemitism in Europe, while being supportive of the peace process between Israel and the Palestinians. Undermining the process, as these new funding and demarcation guidelines do, is a strategic blunder fraught with dangerous consequences. 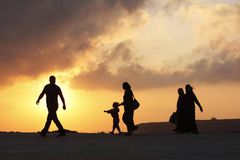