Michael Molloy, an adjunct professor at the University of Ottawa, co-ordinated the resettlement of 60,000 Indochinese refugees in Canada in 1979-80.

Major refugee organizations across Canada were assured on Friday that the government's plan for resettling 25,000 refugees before the end of the year was on track – and that Immigration Minister John McCallum was energetically consulting his provincial counterparts and the mayors of our major cities.

The optimism quickly turned to sorrow and dismay with the horrific events in Paris later that same day. Coming on the heels of the downing of the Russian passenger jet in Sinai and more bomb-related deaths in Lebanon, we might be forgiven for wondering about the refugees streaming into Europe and due to arrive in Canada in the coming months.

But we must keep the focus on what is important. The Paris massacre gives us a horrifying taste of the unending and vicious violence that has killed 250,000 Syrian men, women and children, displaced 10 million more and sent four million fleeing for their lives into Jordan, Lebanon and Turkey.

These refugees are victims of the same evil visited on our French cousins. We must not lose sight of that fact.

But is it wise to try to bring 25,000 refugees to Canada before the end of the year?

The debate among those leading local Canadian efforts to prepare for the arrival of 25,000 Syrian refugees is not about the number: 25,000 is the least we can do given the magnitude of the numbers camped in neighbouring countries and flooding into Europe. If 25,000 Syrians are distributed across Canada at the same ratio as other refugees, it will mean, for example, that Halifax will get 680, Ottawa 1,200, Toronto 2,300, Winnipeg 2,000, Regina 700 and Vancouver 2,800. At least half of them will be children. A challenge for sure, but hardly a flood.

The argument is about the rushed time frame. The enthusiasm of the Prime Minister, the ambitious goal he has set, the unprecedented creation of a large cabinet committee to co-ordinate the government's response are a gust of fresh air after the stonewalling and obfuscation of the Harper regime.

The logistical and accommodation challenges are obvious. The argument championed by our front-line settlement workers, many of them former refugees, is that no matter how difficult it might be for refugees to spend their first months in crowded, improvised accommodation in Canada, anything will be better than their current circumstances. They will be safe. They will be welcome. They will be looked after by people who care. Their circumstances will improve from month to month. Strong arguments.

The counterargument is that our communities, our schools and our excellent settlement agencies will be able to do a better job from the start if the refugees arrive over the next few months rather than the next six weeks.

During the heady days of the Indochinese movement in 1979-80, when the challenge was to accept 60,000 people, a monthly average of 4,500 refugees arrived throughout the October-to-June peak period. On arrival at reception centres on military bases in Montreal and Edmonton, they had three to five days to clean up (deeply appreciated after months in squalid refugee camps), rest and eat.

They were welcomed, issued winter clothing and counselled about what would happen next. The underlying and time-tested philosophy was that they would quickly proceed to their new communities with dignity – clean, well equipped and rested. The faster we got them to their sponsors or new communities the better for them, and the sooner they would adapt to their new lives.

It worked. It has always worked. Keeping refugees in holding camps has never been the Canadian way.

Most importantly, as we allowed a little more time for processing overseas, the Indochinese refugees arrived with their medical and security clearances in hand. They had been screened, so when they left the Canadian reception centre they were Permanent Residents of Canada cleared for security and criminality, they were eligible to work, to study and for medical coverage, and they were on track for citizenship.

Memo to the Prime Minister: You are on the right track. Give yourself and the rest of us, including the refugees, a break. The media and the Opposition will fuss if they are not all here by Dec. 31 – but no one else will.

Do it as quickly as possible, but most importantly – do it well. 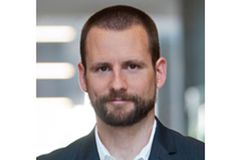