Canada has agreed to negotiate an extradition treaty with China – a country where trials are politicized, confessions are secured through torture, defence lawyers are harassed and detained, and the death penalty is applied for a wide variety of crimes.

It is impossible to imagine an extradition treaty with China that respects international human rights and the Canadian Charter of Rights and Freedoms.

There is no due process in China. Chinese police, prosecutors and judges are controlled by the Communist Party, and many trials are the culmination of internal power struggles.

Most accused individuals are denied representation. According to a U.S. State Department report, the repression and coercion of Chinese defence lawyers became "particularly severe" in 2015, with "hundreds of lawyers and law associates interrogated, investigated, and in many cases detained in secret locations for months without charges or access to attorneys or family members."

Defendants in China have no opportunity to challenge the "evidence" against them. The Canadian government, or a Canadian judge, would be similarly unable to evaluate the evidence behind an extradition request. By negotiating a treaty, the Canadian government is indicating a willingness to take Chinese prosecutors at their word.

Capital punishment was removed from the Canadian legal system in 1976. Last year, China executed three times as many people as all other countries in the world combined.

The Supreme Court of Canada has ruled that Canada cannot extradite a suspect to face a death penalty, and must therefore seek an assurance that capital punishment will not be applied. For this reason, any extradition treaty with China would likely make an assurance a prerequisite for the transfer of an accused. But the Canadian government lacks the resources to follow up on hundreds of transferred suspects, once they disappear into the Chinese prison system. Nor is the Chinese government likely to allow such access.

It is well-established that China uses torture. Last February, the United Nations Committee Against Torture said it was "seriously concerned over consistent reports indicating that the practice of torture and ill treatment is still deeply entrenched in the criminal-justice system, which overly relies on confessions as the basis for convictions."

Both Canada and China are parties to the Convention Against Torture, article 3 of which prohibits extradition if there are "substantial grounds" for believing that the person sought would face torture if transferred.

The Canadian government might believe that a provision in an extradition treaty, requiring China to promise good treatment, would somehow suffice. But by ratifying the Convention against Torture, China has already promised not to torture people, and it routinely breaks that promise.

In Justice Dennis O'Connor's 2006 report after the Maher Arar Inquiry, he concurred with the testimony of one witness, who said "assurances from totalitarian regimes that they will not torture detainees are of no value and should not be relied upon for the purposes of article 3 of the Convention against Torture."

An extradition treaty with a country that practises torture faces the additional problem of ensuring that the evidence behind an extradition request has not itself been obtained through coercive means.

Fortunately, Canadian courts would probably find any extradition treaty with China to be inconsistent with the Charter of Rights and Freedoms. Moreover, during extradition hearings, Canadian judges would consider China's record of torturing suspects, and likely block many extraditions from taking place.

According to Charles Burton, a former Canadian diplomat who served in Beijing, the Department of Justice has advised against the negotiation of a treaty. "We don't have an extradition treaty with China for fairly clear reasons," he told The Globe and Mail. "The rules of evidence are not the same there. There are reports of death sentences for white-collar crime and pervasive evidence of torture and interrogation."

Prime Minister Justin Trudeau is naive if he thinks an extradition treaty with China could respect human rights. He is even more naive if he thinks that, by negotiating such a treaty, he can exert a positive influence on China – somehow forcing police, prosecutors and judges there to comply with international norms.

How many lives is Mr. Trudeau prepared to risk through this experiment? How much damage is he prepared to inflict on Canada's reputation as a defender of human rights?

exclusive
Ottawa to negotiate extradition treaty with China
May 17, 2018 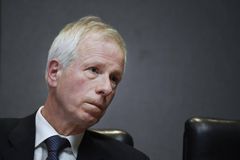 Kevin Garratt free after high-stakes negotiation with China
May 17, 2018 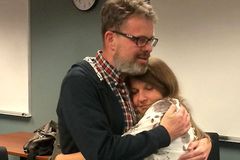 China pressuring Canada to ease return of corruption suspects
May 16, 2018 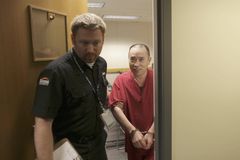