There is a tradition in Catholic piety that reverences the Via Dolorosa (the Way of Sorrows) – the path Jesus took in Jerusalem on his way to execution. In recent years, the medieval tradition of the Stations of the Cross has been re-enacted by the Bishop of Rome as he wends his way to the Colosseum. Countless numbers participate.

As Pope Francis begins the holiest cycle in the Catholic liturgical year – the Triduum – the sufferings of humanity will not be lost on him. There are many walking their own way of sorrows, and Francis has diligently taken up their cause: the nameless migrants stranded at points of entry, the victims of violence in the Middle East, those directly affected by famine and drought in South Sudan. He has been their companion in sympathy from the onset of his pontificate.

He has washed the feet of Muslim women prisoners; he has personally housed refugees; he has travelled to dangerous regions to stand in solidarity with the persecuted.

But this year's Passiontide also has a strong personal connection. The Roman pontiff is a bridge-builder and a symbol of unity. It is part of the job description. Dissension, disagreement, threats of division constitute the mother of papal headaches and Francis is not the first pope to face down internal threats to doctrinal and institutional unity.

But he is the first pope in centuries to have to do so in the face of increasingly aggressive displays of criticism coming from his own collaborators in ministry, from anonymous staff emboldened by a new climate of attack and by laity alarmed by the consequences of mature discipleship.

Resistance to his prophetic synodal document Amoris Laetitia (The Joy of Love) has not diminished, disdain for his general indifference to the priorities of canon law has not abated, and defiance – dressed up as fidelity to tradition – by ecclesiastics, fearful of the decline of their authority and prestige, is growing in intensity if not in transparency.

Unflattering caricatures of the Pope have appeared in graffiti and posters on Roman streets, traditionalist Catholic scholars and clerics have publicly called for some kind of intervention because the church, as they see it, is "drifting perilously like a ship without a rudder, and indeed, shows symptoms of incipient disintegration."

Four retired cardinals – including the ultramontane Raymond Burke, the Vatican's former chief lawyer as the head of the Signatura not so gently prodded into early retirement – have called on Francis to clarify aspects of his teaching they understand as potentially heretical. And they are doing it in full view.

It is hard to imagine prelates, monsignori, and various other ecclesiastical factotums taking on Popes John Paul II and Benedict XVI in a similar manner. And those few who did run afoul of the papal magisterium were quickly dealt with – mostly diplomatically, but not always so.

When it comes to Francis, there is a difference in tone and gravity. His critics are not merely dismayed by his informal style and off-the-cuff spontaneity – they can live with that – they are actually appalled by his theological temerity (although he is in fact a conservative centrist), by his openness to new thinking, by his quick dismissal of religious deference in favour of adult discernment and by his expansive embrace of the fundamentals and commonalities to be found among all people of goodwill. This Pope is no sectarian; he is a big-tent Catholic and mercy is his modus operandi.

Schooled in the best of the Ignatian or Jesuit tradition of prayer, centred in his heart and imagination on the essentials and resolute in his determination not to be distracted, Francis may have his own Via Dolorosa to walk in this, the fourth year of his leadership, but he can take some consolation in knowing that his popularity among Catholics and non-Catholics is the envy of every leader on the globe. 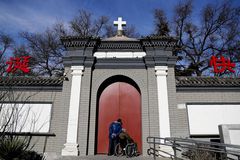