At some point, the long-running movie known as conservative politics dropped its Family rating, and lately it seems to have given up on Parental Guidance.

Family values have ceased to be a conservative thing. The United States has dropped the farthest from the family tree, its Republicans embracing a string of men who are anything but model husbands and fathers. Top Republicans have gone to great length to defend monsters such as accused child-molester Senate candidate Roy Moore, and the allegedly serially abusive Fox News stars Roger Ailes and Bill O'Reilly. They have not only stood behind their President as he has admitted to serial sexual assault and then been caught paying US$130,000 to silence a porn star – they have rewarded him. Today, Donald Trump's popularity rating among Republicans is around 90 per cent. Republicans have explicitly rejected family-values candidates in favour of ethical libertines and moral troglodytes.

Britain's Theresa May now faces an avalanche of abuse and impropriety accusations against the questionable men in whom she has entrusted her Brexit mission. In Canada, we've had two provincial Progressive Conservative leaders forced out amid reports of disturbing sexual impropriety and the federal Conservative Party acknowledging that it knew about allegations that then-MP Rick Dykstra had committed a sexual assault against a younger woman, but allowed him to run for re-election in 2015.

Yes, plenty of liberals have also been caught crossing moral and criminal lines. But it's a special problem on the right, because it is a pathology that seems to reflect the most visible form of conservative ideology today. The rising stars in conservative movements aren't family-values moralists; they're guys angry about gravy-train elites or minority-invasion conspiracies, they're pop-psychology professors leading YouTube cults of aggrieved masculinity, they're hyper-libertarians who scorn families and the governments that support them.

When it was dreamed up in the United States in the 1970s, the notion of family values marked a revolutionary shift. During the three decades after the Second World War, the politics of the family most often belonged to the left. Liberal and social-democratic parties in Canada, the United States and Western Europe (and conservatives who shared their values) built institutions of social assistance, public health, housing finance and education, in the name of securing and expanding the position of the nuclear family. And then liberal movements struggled to make the benefits of a secure family life available to wider circles by allowing birth control and divorce, empowering women and sexual minorities.

These created an opening. As the Brown University historian Robert O. Self found in his chronicle of this period, conservatives "energized by the legalization of abortion, the demands of feminists, the expansion of welfare, rising crime rates, and the increasing visibility of homosexuality, cast the nuclear family as in crisis and its defense as their patriotic duty … they sought to protect idealized families from moral harm."

It was politically very successful. Yet it was built on a flawed premise. Poverty, inequality, crime and dependence are linked to family breakdown. But family-values conservatives got it backward: Broken families are not the cause of social and economic deprivation; they're an effect. Those dreaded big-state policies hadn't undermined the family; they'd protected it.

Studies from the United States, such as those by scholars Naomi Cahn and June Carbone, began showing that stable two-parent families are most prevalent in prosperous places that vote for liberal-leaning governments, while conservative voters are watching their marriages fall apart and their kids fall prey to unwanted pregnancies and too-early, unstable marriages. (This divide is more subtle in Canada, where the social safety net and public health keep more families intact). And it was no longer so easy to portray gay people and feminists as family killers – they ended up becoming exemplars of prosperous and morally sound family life.

This is in part a result of policy. Stable and successful two-parent families tend to flourish where there's strong promotion of birth control and robust sex education, where child-care resources exist so that parents don't have to choose between work or children, where housing and social-assistance policies allow couples to have stable long-term tenure, where laws and social practices allow couples outside the traditional sphere of the heterosexual nuclear family to enter the security of marriage.

Beneath all that controversial liberal language of shifting identities and diversity and competing rights, you'll find the secret to family stability and, therefore, to upward mobility. If candidates are careful with that language, the next few years could see the return of the family-values left.

Opinion
How the ‘Big Blue Machine’ broke down
February 2, 2018 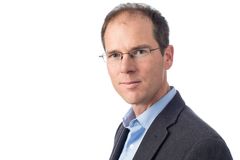 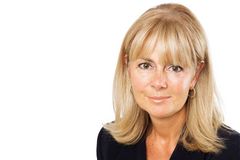