I'm happily surprised to see a glimmer of coherence in the Harper government's approach to immigration policy by getting rid of the Canadian "citizenship for sale" program (Tories To End Fast Track To Citizenship – Feb. 11).

One wonders whether the underlying reason for the change now really bespeaks a change in Conservative values or just that the "market" in question has tanked. The temporary foreign worker program speaks volumes: hastily conceived regulations and still a dearth of on-the-ground follow-up to ensure actual – i.e. documented – domestic skill shortages exist before companies hire from abroad.

What's the message there to Canadian workers about what their citizenship is worth?

It's hard to disagree with the notion that immigrants need to be carefully selected, notably in terms of academic qualifications, professional experience, linguistic ability, and criminal record. However, Canada should be careful not to discourage the best immigrants, who are rightfully courted by many other countries.

The requirement to spend physically six months in Canada without any interruption cannot possibly be met by most consultants, top executives, scientists, entrepreneurs, academics and other high fliers whose presence would greatly benefit the country.

It is undoubtedly true that the ability to revoke the citizenship of any dual citizen convicted of defined illegal activity is "problematic" (Once Canadian, Always Canadian – editorial, Feb. 7). What's needed is a consistently applied policy that will avoid the revocation issue – and as well reduce the currently large number of "Canadians of convenience" who have little commitment to Canada.

The suggestion that new citizenship should be irrevocable (unless the applicant's made a purposefully false application) should be contingent upon an applicant verifying that former citizenship has been renounced. Such a commitment would be paralleled by Canada's granting of citizenship that can't be withdrawn.

If the NDP's Thomas Mulcair (Canadian-French citizenship) and the Green Party's Elizabeth May (Canadian-American) were to renounce their foreign citizenships, it might just motivate fellow parliamentarians to support the needed steps.

A nation that knows its own worth and values makes citizenship mean more than just a piece of paper.

Increasing the continuous residency requirement from three years to four, together with other measures, is a step in the right direction. However, little progress will be made to "Canadianize" new immigrants unless we face up to official multiculturalism, which perpetuates cultural differences.

Correspondent Nelson Smith writes (The Proxy Olympics – letters, Feb. 11) that it's part of a nation's makeup to "do battle and seek glory" against other nations. But why can't that glory-seeking energy be converted and turned inward?

Poverty, homelessness, ignorance and all the other social ills could be solved if politicians were to show as much enthusiasm tackling them as they do for essentially meaningless spectacles such as the Olympics.

Fed to the lions

What is even more distressing than the unfortunate demise of Marius the giraffe at the Copenhagen Zoo (Conservation Reality – letters, Feb. 11) is the fact that he was euthanized, autopsied, skinned and fed to lions in front of children.

How is it possible that, in a world where parents are terrified of disciplining an unruly child, this isn't classified as abuse? Seeing this kind of butchery will remain with these kids a lot longer than a spanking ever could.

I just hope the Copenhagen Zoo doesn't have any inbred elephants.

Considering the very real possibility of Toronto Mayor Rob Ford winning again, it's reassuring to hear Councillor Joe Mihevc's assurance that he and others "are going to do everything in our power to ensure that doesn't happen."

Fortunately their task is a relatively simple one. All they have to do is ensure there's only one other name on the ballot. At this point, it really doesn't matter whose.

I am a retired nurse. My friend is a retired teacher. I asked her why her pension status is so much better than mine. She said it is because there have been more men in the teachers union than in the nurses union and men are better negotiators – for all the reasons stated by Margaret Wente (Don't Ask, Don't Get – Feb. 11).

This column reminded me of my first experience in the art of negotiating a raise. I had secured summer work as a sales rep for a large diverse building supply company. There, I very quickly demonstrated an aptitude for selling and after several weeks on the job felt reasonably comfortable in approaching my boss and politely requesting a raise.

She responded with a broad grin that lingered for many seconds – and then promptly fired me.

Gwyn Morgan's argument that defined benefit pension plans are not sustainable and will soon vanish from both the public and private sectors (Private, Public Funds Alike Must Evolve Or Face Extinction – Business, Feb. 10) is not supported by current facts.

Even Air Canada, rumoured to be near bankruptcy a few short years ago, has seen some $3-billion in pension deficit eliminated by strong investment performance last year. Many public sector plans are fully funded and delivering on their promises to retirees.

That was an interesting photo of Finance Minister Jim Flaherty in the barber's chair (A Bit Off The Sides But No Mousse – Feb. 11). All kinds of scissors, clippers, shavers, thinners, lotions, tonics and balms, but barely any signs of growth. 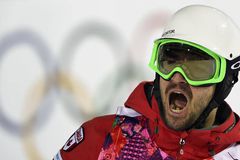 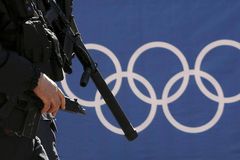 Opinion
This week’s Talking Point – democratic reform – and other letters to the editor
February 8, 2014 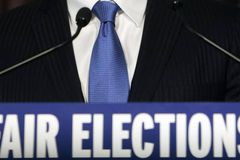