This commentary is part of The Globe's series, Work In Progress: The Global Struggle for Gender Parity. We asked Canadian writers to answer the question: Where does feminism go from here?

Sarah Liss is a Toronto-based writer

When I was 7, a kid in my class shoved me down in the schoolyard, clambered on top of me, straddled my stomach, and sat there, rocking frenetically back and forth. "I'm having sex with you! I'm having sex with you!" J.J. shrieked, giggling in glee. He was cherubic – chipmunk cheeks, Blythe-doll eyes – and bubbly; a grade lower and at least a head shorter than I was. Even at the time, I was pretty sure his intentions weren't malicious: This was a variation on standard roughhousing, a playground game to determine who was king of the castle.

And yet I remember the rising sense of anxiety that made my blood pound in my ears. I can still feel the sharp bite of gravel as it embedded in my elbows, the dust that rose in clouds as J.J. rocked. I remember asking him to quit it, then laughing in nervousness and forced enthusiasm as he pinned my wrists to the ground, hoping that playing along might entice him to stop. I remember the panic that set in when I realized he wouldn't. And most of all, I remember the shame, the sheer mortification I felt – worse than anything – when he finally ran off and I told a teacher what had happened. The thought of saying the word sex was so terrifying to me that I could barely whisper it into her ear.

It would be handy (and rather poetic) to pinpoint this incident as the spark that triggered my feminist consciousness. In truth, though, I can't actually remember a time when I didn't identify as a feminist. But that moment taught me several things that stick with me today: how easily and thoughtlessly women's bodies can become pawns in power plays and fodder for cruel jokes; how we unconsciously internalize messages about sex, humiliation, complicity; how crucial it is for kids to grow up with a deep understanding of respect, power and consent, regardless of their gender.

Feminism, let's be clear, is not an issue restricted to heterosexual women.

It's not uncommon for people who bristle at the F-word to proudly declare themselves humanists, to proclaim their commitment to equal rights for all, not some. This disheartening response is, I think, a reflection of how feminism has faltered in establishing itself as a tool for universal good.

It's intended to correct and improve an imbalanced system, and yet time and again, feminists have failed to ensure that we are considering the needs and rights of members of our broader community. Those include the trans women and non-binary folks who've been attacked and discriminated against by feminist agendas and, yes, the boys and men who are damaged by toxic, aggressive masculinity and stringent gender ideals.

When I read up on the movement's history in university, I winced: As a queer woman, even with an understanding of the context behind the theory, I shuddered at the exclusionary dogma of lesbian separatists; I felt enraged by the transphobia endemic to radical feminism.

I remain dedicated to feminism for any number of reasons: I'm lucky enough to live in a country where I can love whomever I want; my partner and I can raise our child together without fear. And yet in countries around the world, even in places such as South Africa, where homosexuality is sanctioned, so-called corrective rapes – wherein LGBT men and women are physically and sexually assaulted because of their sexuality and/or gender, often in an effort to terrify them into "turning straight" – are prevalent. Feminism has a long way to go.

Last year in the United States, the homicide rate among transgender folks (most of them trans women of colour) hit an all-time high. Closer to home, a kid I know, a young boy, was mercilessly bullied for wearing pink to school, for identifying with female superheroes – and not just by his classmates, but by the principal of his preschool. These are acts of violence, big and small, being committed against the bodies of anyone who doesn't conform. To me, being a feminist is about taking a stand against that violence.

My hope is that, by acknowledging the ways in which we've failed in the past, we can collectively grow and become a stronger, more effective force of change.

Perhaps more than ever, feminism isn't a monolith. It's a collection of movements. Understanding that is key to understanding how and why it needs to evolve.

On a more basic level, my investment falls closer to home. I want my kid to grow up knowing that there are myriad ways of being a boy or a girl – or both, or neither. I want him to know that he has no right to assert power over someone else's body, and that nobody is entitled to assert power over his.

I want to foster in him a healthy attitude toward sex, and explain that it is never to be used as a force of intimidation. I want to believe that if someone gets pinned down on a playground, my son will be one of the bystanders who rushes in and intervenes on that gravel-scraped kid's behalf. 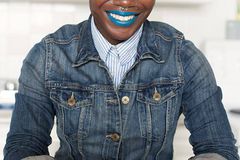