When I entered Grade 6 at John XXIII Catholic School in Toronto's multiethnic Flemingdon Park neighbourhood in 1976, I became an unwitting participant in a great Canadian experiment. Most of my classmates had been born outside Canada. But unlike previous generations of immigrants, they hailed from places from which Canada had accepted few newcomers before.

As a white, Canadian-born kid, I was part of a minority at John XXIII. My best friend was a Jamaican of Chinese descent. Most other kids were from the Philippines, the Caribbean, India, Pakistan and Africa. Unique then, Flemingdon Park offered a glimpse into Toronto's future.

This was the direct result of a 1967 shift in Canadian immigration policy and the adoption of a points system to weigh applicants for permanent residency. For the first time, immigrants were selected regardless of race, ethnicity or national origin. It was a paradigm shift that created the Canada we have come to know and value as one of the most multicultural places on Earth.

Except when it suited us (see the building of the CPR), Canada had largely adhered to a whites- and Europeans-only immigration policy. When the supply of northern European workers dried up, we were forced to turn to southern Europeans – creating Little Italys, Portugals and Greektowns across the country. But it was only in 1967 that multiculturalism really took off.

As by far the No. 1 destination for immigrants to Canada, postwar Toronto has been transformed from a drab white-Protestant outpost largely unknown outside the country into a pluricultural global city whose mere mention draws ahs of envy around the world.

Still, the immigrant experience is rarely an economic cakewalk. It's even harder for visible minorities, who now account for almost all new immigrants. Most of my classmates lived with extended families in cramped apartments. Their parents worked long hours at low-paying jobs.

Nearly 40 years later, there are plenty more neighbourhoods like Flemingdon Park across Toronto. Fully 51 per cent of Toronto's 2.8 million residents are foreign-born. Almost as many belong to a visible minority. One-third arrived within the past 10 years alone.

My current downtown neighbourhood encompasses St. James Town, a collection of aging towers that was considered the leading edge in urban living when it was built in the 1960s. The hip singles moved out long ago, replaced by successive waves of new immigrants. You won't hear much English in St. James Town, but plenty of Tagalog, Tamil, Urdu and Jamaican Creole.

Almost by definition, more immigration means more income inequality. Toronto is at once a magnet for upwardly mobile careerists with high-paying jobs in knowledge-based industries and the country's leading port of entry for new immigrants eking out a living the best they can. Once-middle-class neighbourhoods have become lower-income landing pads for new Canadians.

This is hardly a shocking development. Most immigrants arrive poor. Some never move very far up the ladder. But they make inordinate sacrifices to ensure their children do. They're not looking for social engineers to save them. They're resourceful and work harder than most of us.

Yet, for some activists and academics, there is no greater priority for Toronto's new mayor than rescuing these poor immigrant souls. They want John Tory to emulate his U.S. counterparts on the left, such as New York's Bill de Blasio and Seattle's Ed Murray, by seeking a separate (and higher) minimum wage for Toronto than the provincial rate of $11 an hour.

This would be the wrong track for Toronto's new SmartTrack mayor to take. Inequality is a society-wide phenomenon best addressed through national and provincial policy tools – partly taxes, but mostly by fostering equality of opportunity with good public schools and health care.

Besides, a higher minimum wage for Toronto alone would only end up hurting those it is meant to help, leading to fewer hours, less job creation and a shift in employment to the suburbs. It would also drive up the cost of living for those least able to absorb it.

City governments can do their part to mitigate inequality by creating safe neighbourhoods, with parks and recreation facilities, accessible public transit and by providing adequate social housing to those who truly need it. Mr. Tory will have his hands full as it is.

As for my old John XXIII classmates, the ones I've heard from are living happily middle-class lives, mainly in the suburbs. That great Canadian experiment worked. 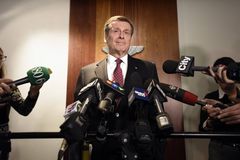 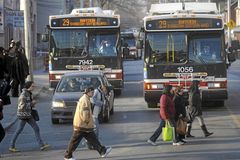 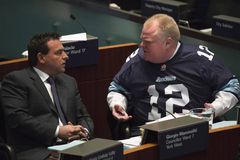 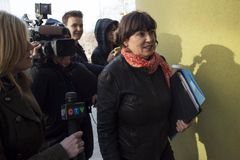