Aaron Driver's death on Wednesday after he exploded a homemade bomb confirms that the threat in Canada of Islamic State-inspired terrorism is real. This case will be compared to the recent decision staying proceedings in the so-called Canada Day plot in Victoria, after a judge ruled that police entrapped the accused in that case.

Every terrorism incident tends to affirm a person's preferences. Those who want to see tighter laws will focus on the Driver case; those who prefer softer forms of anti-terrorism will focus on the Victoria decision. Evidence in support of such different positions is often a secondary consideration. We need, therefore, to ask careful questions. Here are some of ours:

1. How do peace bonds fit into Canada's anti-terrorism strategy?

Mr. Driver was subject to a peace bond, imposing limitations on his activities. Were these conditions too loose, because he was able to obtain material to make bombs? And where are the limits to conditions that can be imposed on peace bonds?

Peace bonds are a Goldilocks remedy that may be too strong for those who only have radical views and too weak for those who are prepared to move to violence. The Driver case may be evidence of the second scenario. But it is notoriously difficult to distinguish perfectly between those who will voice radical and hateful views, and those who will act on them in a violent manner.

2. Why was he not prosecuted?

Material for planning a bomb was discovered when Mr. Driver was initially arrested on the peace bond in 2015. Why was he not prosecuted then? Similarly, the terrorist who attacked two Canadian soldiers in Quebec in October, 2014, was not prosecuted even after his passport was seized to stop him from travelling to Syria.

Do these examples justify a need for new terrorism offences, such as possessing material useful to terrorism (available, and controversial, under British law)? Or was the failure to prosecute another example of Canada's long running problems in converting intelligence into evidence that can be used in court?

Mr. Driver was likely in violation of his peace-bond terms (and thus subject to imprisonment for up to four years) long before his "martyrdom" video was discovered. So why was there no arrest much earlier? Was it because he was not subject to active surveillance? Did this stem from lack of security service resources?

Or would incarceration on any of these bases simply have delayed his plot, but accelerated his move from radical opinion to a preparedness to act violently, as has been the case in Europe?

3. What is the role of prevention in our anti-terrorism strategy?

Mr. Driver challenged the constitutionality of the peace bond regime revised by Bill C-51, which changed the original 2001 system to make it easier to impose conditions. He lost most of his challenge, but was successful in having struck down the power to impose a mandatory counselling program. (Mr. Driver's father has expressed regrets that his son was not required to attend such a program.)

Can we construct programs likely to succeed in such cases? There is considerable debate about this in the social sciences. On the other hand, peace bond and incarceration are not permanent solutions. They may disrupt but without fixing. We do need to make progress on programs to counter violent extremism.

4. Could inter-agency co-operation have been improved?

The system worked – but only at the 11th hour. The RCMP made a convincing case at its press conference Thursday for effective and quick co-operation among various police forces, including the FBI. They also thanked Canada's intelligence agencies.

But what, if any role, did the intelligence agencies play earlier? The RCMP was aware of Mr. Driver's communications with a number of foreign terrorists. Did this information come from intelligence services, and if so, did this make a prosecution more difficult given the notorious reluctance of intelligence agencies to disclose their sources and methods?

5. What does this mean for amendments to Bill C-51?

The Driver incident and the Victoria case may be used as a political football in the delayed debate about amendments to Bill C-51, the Anti-terrorism Act. But C-51 may not be central to the Driver case. The peace bond did not work, and likely could have been imposed on him without the law. Bill C-51 did little to increase prosecution capabilities and he was not prosecuted under (the constitutionally doubtful) new speech offence created by C-51.

Meanwhile, some on social media suggest that the civil liberties group that contested Mr. Driver's peace bond was wrong to do so.

Defending liberty while preserving security is like balancing an umbrella on the tip of one's finger: It is never in perfect equilibrium. Instead it is always a dynamic exercise involving constant reaction and correction. Without an active espousal of civil liberties values, we risk the umbrella collapsing in constant reaction, with never any correction. Civil liberties groups do their jobs, just as security services do. We need them both to bring their A games. 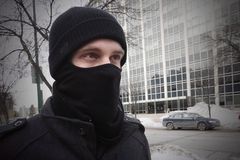 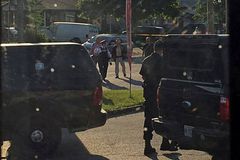