April 7 marks the 23rd anniversary of the genocide of Rwanda's Tutsi by the country's Hutu majority, and the Roman Catholic Church has gifted the country with a belated treasure – seeking forgiveness for its complicity in the genocide. Pope Francis has acknowledged that the church bore institutional responsibility, as did individual priests and nuns who "succumbed to hatred and violence, betraying their own evangelical mission" by their participation.

Alas, his statement is fully two popes and 23 years late.

Those who still regard Africa as the dark continent might be surprised to learn that about 80 per cent of Rwandans are Christian, two-thirds of whom are Roman Catholic. This is true of both Hutu and Tutsi. It was Catholic missionaries, almost a century before the 1994 genocide, who popularized the notion of Hutu and Tutsi as two distinct, irreconcilable peoples, forever divided. For three decades before the genocide, the church helped disseminate the lethal proposition that the Hutu were superior to the untrustworthy alien Tutsi.

For most of the 20th century, the Catholic hierarchy in Rwanda shared power with secular authorities. In the years just before the genocide, the senior Catholic archbishop was an intimate of both the Hutu dictator and his wife, who ran the country as a corrupt ethnic family dictatorship.

Once the genocide began, church leaders, now mostly Hutu, failed to condemn their Hutu extremist friends who were carrying out this African holocaust. While some priests and nuns distinguished themselves by saving threatened Tutsi, far more, alas, actively collaborated with the genocidaires in their murderous exploits or at best stood by, silent.

Had they stood up and denounced the plot, had Pope John Paul II, a great traveller, flown to Rwanda during the genocide (as he had earlier) to demand that his flock stop their killing, the genocide might well have been stopped in its track. Instead, they allowed perhaps a million defenceless, innocent Tutsi to be murdered by the extremists.

When it was all over, Catholic officials, both in Rwanda and Rome, intransigently refused to apologize. Indeed, the defeated Hutu killers evidently had powerful friends in the Vatican who helped accused priests and nuns hide throughout Europe, evading justice. In 1996, for example, John Paul II refused to accept institutional blame for the church's role in the genocide. "The church in itself," he wrote, "cannot be held responsible for the misdeeds of its members who have acted against evangelical law."

Four years later, however, John Paul did make a general apology for a host of Catholic sins and crimes over its 2,000-year history. Anxious to be known as the great healer who recognized the Church's sins, the Pope even apologized for the two millennia during which his church fomented anti-Semitism among its flock. Yet he steadfastly refused to acknowledge, let alone apologize for, the notorious role of his church in setting the stage for, enabling and ultimately participating in the genocide in Rwanda.

To be fair, there were other sins for which John Paul II failed to apologize. In a powerful book, Genocide in Rwanda: Complicity of the Churches, some 20 mostly Catholic writers, including the nun who co-edited the book and several Rwandans, overwhelmingly agreed that the church was indeed complicit. But not just in Rwanda.

Setting the larger perspective, one contributor, Jerry Fowler of the U.S. Holocaust Memorial Museum in Washington, pointed to the many other nightmares for which the church had never accepted responsibility, from Central America to Congo/Zaire. In those, Fowler wrote, leading church hierarchs had openly aligned themselves with terrorizing elites who practised wholesale violence and unspeakable human-rights abuses, or at best, remained bystanders. The evidence, argued Fowler, showed that Rwanda was just another day's work for the Roman Catholic Church.

Today, the church is a house deeply divided. As a recent headline from the Guardian Weekly summed it up, "Civil War Strikes Vatican: Despite Francis's global popularity, rebellion is in the air." Nor is it clear Francis will best the intransigent old guard conservatives on many vital issues, including, shockingly, child abuse and its cover-up. But on Rwanda at least, and at long last, the side of the angels finally triumphed.

Opinion
Why this Pope won’t fall for the seductions of supreme power
March 21, 2018

Opinion
The case for female deacons in the Catholic Church
May 16, 2018 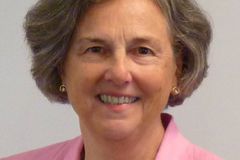