In 2007, Shannen Koostachin launched a campaign for a "safe and comfy" school in Attawapiskat First Nation. Shannen's Dream, as it became known, was a youth-driven movement that identified glaring educational inequities and alerted Canadians to the urgent need to improve funding of on-reserve First Nations education.

Six years after Shannen's passing, hopes are much higher, but many policy experts continue to bang the same old drum.

A recent C.D. Howe Institute paper (Students in Jeopardy) documents, once again, the abysmal First Nations graduation rates and the apparent "failures" of what are termed band-operated schools. It left me wondering what the authors, Barry Anderson and John Richards, had learned from Shannen and her youth crusade for First Nations community-based schools.

For those fixated on documenting the "deficits" and proposing structural reforms in First Nations education, a refresher may be in order.

In 2007, Shannen was 13 and had spent her elementary years in squalid, poorly heated portable classrooms. When the proposal for a new Attawapiskat school was shelved, she and her Grade 8 classmates took to letter writing, then Facebook and YouTube. Shannen's children's crusade went over the heads of politicians and bureaucrats to get the message across in Ontario elementary schools, union halls, then on Parliament Hill and even in Geneva, Switzerland.

Completing high school, for Shannen and her older sister, Serena, still meant moving to New Liskeard, Ont., hundreds of kilometres from home. Tragically, in 2010, Shannen was killed in a highway accident, but her dream lived on. Taking up the campaign, Ontario MP Charlie Angus pushed for a new school and succeeded in securing passage of a February, 2012, House of Commons resolution to "put reserve schools on par with non-reserve provincial schools."

In August, 2014, 14 years after the old school was closed because of a diesel fuel leak, a new Attawapiskat school opened with brightly lit classrooms, a library, a music room, a home economics department, and a gymnasium. Without the outraged energy of Shannen's campaign it might not have happened.

Staying in school in Attawapiskat still requires incredible persistence. In a community where some 95 per cent of the housing is substandard and the water isn't drinkable, graduating from high school can seem insurmountable.

First Nations children still face long odds for, and few bridges to, a healthier, happier, more fulfilling life. The C.D. Howe paper, which calculates 2011 high-school certification rates at 48.9 per cent for First Nations, on-reserve adults in Ontario, compared with more than 80 per cent provincewide, cannot possibly convey all of the burdens borne by those First Nations students who "fall out" of the system.

And the paper's seven-step recommendations – close the funding gap; focus on improved student results; clarify who's responsible for what; improve region and band competencies; seek incremental improvements; target program funding; and improve second-level support services – are made at a safe distance from the unfolding crisis among First Nations youth.

Such an approach may produce marginal improvement and help to ease the consciences of federal and provincial policy makers. It does not really get at the root of the problem, and does precious little to empower First Nations people.

With a new Minister of Indigenous and Northern Affairs and more generosity of spirit abroad in the land, the time for social reconstruction from the ground up may have arrived.

Respecting First Nations traditions and ways of knowing is only the first step. More funding would be a real help, but it will take a generation to rebuild broken trust, foster cross-cultural reconciliation, and engage First Nations themselves in this vitally important work.

Paul W. Bennett is the co-author, with Jonathan Anuik, of a Northern Policy Institute report, Picking Up the Pieces.

It takes more than money to close an education gap
Subscriber content
February 12, 2016 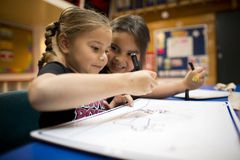