Of all of the drone strikes Barack Obama has authorized as he works his way down a "kill list" of suspected terrorists acting abroad, two should be of special interest to Canadian MPs when they grill Citizenship Minister Chris Alexander about his new immigration bill later this month.

The cases involve dual nationals who were stripped of their British citizenship for suspected links to al-Shabab and killed soon afterward in U.S. drone strikes in Somalia. While U.S. and British authorities have denied that their actions were co-ordinated, they acknowledged that they may have relied on the same intelligence in making their respective decisions to strip, then kill.

Co-ordinated or not, revoking these men's citizenship allowed Prime Minister David Cameron's government to wash its hands of the dicey legal and moral ambiguities that have arisen from the Obama administration's stepped-up use of targeted killings abroad. Once the two ceased to be British citizens, Britain was under no obligation to defend their rights.

The British experience should inform debate in Canada as Mr. Alexander seeks to equip the federal government with new powers to revoke the Canadian citizenship of dual nationals convicted of terrorism. Many Canadians may not have a problem seeing supposed bad guys stripped of their Canadian passports only to be picked off by Central Intelligence Agency drones in Somalia or Pakistan. But shouldn't we at least be discussing the implications of a bill that has passed well under the radar so far?

Mr. Alexander tabled Bill C-24 in February, but it was quickly overshadowed by C-23, the proposed Fair Elections Act. Part of the reason lies with the respective sponsors of each bill. Mr. Alexander, the accomplished ex-ambassador to Afghanistan, has an aura of seriousness about him. He's hard to dislike. C-23 sponsor Pierre Poilievre, the Minister of State for Democratic Reform, is a goon consumed by partisanship. Unless you're on the same team, he's hard to like.

What's more, most of C-24's provisions are designed to generate a broad consensus among Canadians. C-23 is designed to rouse the Conservative base ahead of the 2015 election.

Still, C-24 is not perfect. Its proposal to strip dual nationals convicted of terror-related crimes of their Canadian citizenship warrants serious scrutiny in light of recent revelations by the British news media. If the intent is to ease CIA drone strikes, or the extradition to the United States of terrorist suspects living abroad, MPs should think long and hard about what that means for Canada.

Mr. Alexander has said he is "confident" that many of the 130 Canadians believed to be fighting with extremist groups abroad are dual nationals. Revoking their citizenship while they're outside the country could prevent them from ever returning to Canada. This country would effectively absolve itself of their fate, even though some of them may have been born here.

A law enabling the British government to revoke the citizenship of dual nationals has existed since at least the First World War. It had fallen into disuse until the 2005 terrorist bombings in London led to its reactivation. The bar was also lowered to allow the government to strip dual nationals of British passports whenever it deemed the move "conducive to the public good."

In recent months, British Home Secretary Theresa May refused to provide details on the citizenship-stripping activities of her government, even though it has been seeking additional powers to strip terror suspects who hold only British citizenship of their passports. If Ms. May's latest bill passes Parliament – last week, the House of Lords sent it back to the Commons for further study – the British government would have the power to render individuals stateless.

Britain's non-profit Bureau of Investigative Journalism recently obtained details, following a Freedom of Information request, showing that Mr. Cameron's government has stripped 37 dual nationals of their British citizenship since it was elected in 2010. Twenty of those revocations came during the first 11 months of 2013 alone.

Mr. Alexander has insisted that "the courts will play a very important role" in the process of revoking the Canadian citizenship of a dual national convicted of terrorism. That's an improvement over the British system, where most of the power lies with the Home Secretary. But is it enough? The Commons citizenship committee needs to ask Mr. Alexander some tough questions. 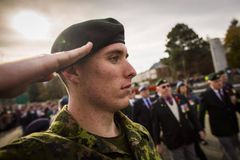 Opinion
If Canadian citizenship becomes more ‘exclusive’ it must be more meaningful
February 27, 2014 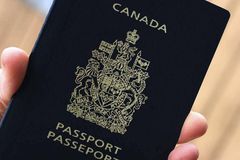 Tories speed up plan to give minister power to strip citizenship
February 7, 2014