"The past is never dead. It's not even past." – William Faulkner, Requiem for a Nun

How often does a society need to be reminded about its mistakes, even sins? Repeatedly, it would seem, in the case of Canada's residential schools for what used to be called Indians.

The story of these schools is well known, having been described in books, speeches and a long section of a royal commission established by former prime minister Brian Mulroney's government.

Two other governments – those of Jean Chrétien and Stephen Harper – offered solemn, formal apologies for the schools, the first at what used to be called the Museum of Civilization in Gatineau, the second in the House of Commons.

A long, tangled process paid money to victims of sexual and physical abuse in the schools run by churches and financed by governments that thought, wrongly, that young Indians should be taught in the ways of the white man and in the process become less "Indian."

Now, we have the summary report of the Truth and Reconciliation Commission, which will eventually publish six volumes of testimony and description. The commission will have taken six years and cost $60-million. It will add compendious and certainly poignant detail to a story whose essence was already quite well known.

This relentless focus on one aspect of the past could be salutary in the sense of knowing more and therefore making it less likely that the past will be forgotten. It might be useful, too, in helping to understand why some aboriginal people today are broken individuals, damaged by their experience in the schools.

The focus is, however, part of a fixation on the past that can make future progress between aboriginal and non-aboriginal people more, not less, difficult.

There is in the picking-over of the residential schools' history, and the deliberate use of "genocide" to describe the schools and other efforts to assimilate Indians, a demand for expiation of sins that the current generation of non-aboriginal people is unlikely to accept, since they were not responsible, and an encouragement to keep looking backward when what is more urgently needed today is to look forward in forging new relations between aboriginal and non-aboriginal people.

When Beverley McLachlin, Chief Justice of the Supreme Court of Canada, uses the term "cultural genocide" to describe what was attempted against aboriginal people, she is using arguably the most explosive word – "genocide" – in law, politics and history. True, she was talking in a recent lecture about "cultural" genocide, but she also referred to the Holocaust and the Rwandan "genocide" in that lecture, so the distinction she sought to make with the word "cultural" could be easily missed.

If "cultural genocide" were practised on Indians in Canada, instead of assimilation as "settlers" assumed would be the best future for aboriginal people, then it was practised for a long time throughout much of the world, often more violently than in Canada, to the point where the word has lost much of its meaning, except as a rhetorical debating point.

In the United States, Mexico, throughout all of Latin America, in Australia and New Zealand, on Caribbean islands, in the Philippines and other Asian countries and throughout Africa, indigenous peoples were marginalized, or almost or completely wiped out – in what was quite literally a clash of civilizations. "Guns, germs and steel," to use anthropologist Jared Diamond's evocative phrase, were the three horsemen of Western civilization's spread across many parts of the globe, against which indigenous populations retreated.

Today, the challenge is to remember the past without wallowing in it and to avoid hurling explosive expressions around that make expiation rather than reconciliation the aim of the present.

If the Chief Justice sees the history as one of "cultural genocide" – "genocide" being the most heinous of all collective crimes – then her court, as it has already demonstrated, will be or has become the country's chief expiator-in-law of past sins, encouraging in the re-creation in present-day idiom sovereign "nations" and territories within Canada, thereby deepening radical parallelism between aboriginal and non-aboriginal people rather than furthering a search for what we might have in common and what we might do together. Those who appear before the Supreme Court should be aware that their case for justice today runs through the prism of expiation for past collective sins.

A relentless fixation on "the past," especially the tragic and embittering parts, risks driving elements of a society apart, making reconciliation paradoxically more, not less, difficult.

Truth and Reconciliation: Genocide or not, Canada authored this story
June 2, 2015 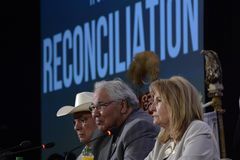 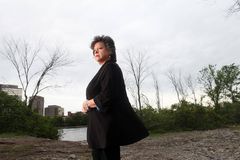 Opinion
Truth and reconciliation: What it really means to walk together
June 2, 2015 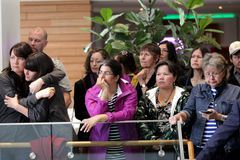