Earlier this year, Saskatchewan Premier Brad Wall asked Ottawa to send back the money it contributed to equalization to help the struggling province through the downturn in energy prices. His remarks point to enduring political frustrations about the functioning of Canada's current arrangement for territorial financial redistribution, which allocates more than $17-billion a year to provinces falling below the equalization standard.

Simultaneously, Alberta's Wildrose Party formed a panel in February to examine the impact of equalization payments on the country. Its report, released last week, is highly critical of the program.

Although equalization is not up for a formal review until 2019, we argue in a recent study published by the Institute for Research on Public Policy that its governance structure should be re-examined to ensure it is administered in the fairest and most impartial way as possible.

To reduce the political heat, the federal government should consider the creation of an arm's-length agency such as the Australian Commonwealth Grants Commission to make recommendations on equalization payments.

Since it was put in place in the early 1930s, the Australian model has contributed to the fairly low level of intergovernmental tensions around equalization in that country. While the strength of provincial governments and identities in Canada might mean a de-politicization of equalization similar to that of Australia will be difficult to reach, attenuating the federal government's role as the sole arbiter on equalization can help us move in the right direction. In fact, such a reform would require Ottawa to loosen its reins on equalization and force the provinces to give up their federal whipping horse.

An arm's-length agency administering equalization in Canada would receive its terms of reference from the federal government. After receiving input from the provincial governments, it would make a recommendation on equalization payments to the federal government, which would make the final decision. The arm's-length agency would also make recommendations on adjustments to the formula and the program more generally. The agency could be headed by non-partisan, well-respected experts, preferably with links to different regions of the country, serving as commissioners. In Australia, the number of equalization commissioners is set at three and Canada could adopt this model or increase their number to five, with the aim of increasing the expertise level of the new arm's-length agency. At the same time, like in Australia, commissioners would rely on the administrative and technical support of highly qualified staff hired directly by the agency using a merit system.

The creation of Canada's equalization program in 1957 represented a milestone, not only because it established mechanisms to reduce disparities among the 10 provinces, but also because it would embed equalization in broader notions of solidarity and nationhood. The current governance arrangement may give citizens the impression that equalization is subject to the political vagaries of the federation and allows the program to be painted by some as a rigged welfare scheme, which is a complete distortion. Adopting governance structures that work to remove this impression of overt politicization of equalization could strengthen the program in the short and long term.

A new federal government that has signalled its willingness to develop a new type of relationship with the provinces might provide an opportunity to restructure how equalization is administered. Now that intergovernmental relations around equalization are quiet, this would be a good time to consider reform options that could help avoid the type of bickering that occurred during the Paul Martin and early Stephen Harper years.

Equalization payments aren’t sexy but they deserve attention, too
October 5, 2016 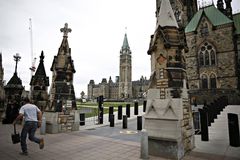 Opinion
Saskatchewan’s political donation problem is a caution for Canada
November 4, 2016
Opinion
Carbon tax: The real debate is about how the revenue is used
October 14, 2016
Follow us on Twitter @globedebate Opens in a new window
Report an error
Due to technical reasons, we have temporarily removed commenting from our articles. We hope to have this fixed soon. Thank you for your patience. If you are looking to give feedback on our new site, please send it along to feedback@globeandmail.com. If you want to write a letter to the editor, please forward to letters@globeandmail.com.
Comments