Last week, two Hong Kong journalists were sentenced to prison in China. The similarity of their situation to that of the five disappearing/reappearing booksellers grabbed public attention because these two men, too, were accused of selling Hong Kong publications in China.

An important issue raised by the recent case is that of travel to China by people who have foreign passports but choose to use China-issued travel permits that identify them as Chinese nationals. One of the journalists, James Wang, who was sentenced to five years and three months in jail, is the holder of a U.S. passport but had travelled to Shenzhen on a Chinese permit. U.S. State Department spokesman John Kirby reported last week that since Mr. Wang's arrest in 2015, "we have asked our Chinese counterparts repeatedly for permission to visit him, including permission to attend his trial. Those requests have all been denied."

By contrast, at the same news conference, Mr. Kirby reported on the situation of Sandy Phan-Gillis, another U.S. citizen detained in China and now awaiting trial for alleged spying. Unlike Mr. Wang, the businesswoman from Houston has been regularly visited by U.S. diplomats. Unlike Mr. Wang, China recognizes her as an American citizen and has kept the State Department informed of her case, recently advising that she will be tried in the Nanning Intermediate People's Court.

The differences in treatment between the two cases is stark. In Mr. Wang's case, China doesn't acknowledge any U.S. standing because he didn't enter the country using his American passport. In Ms. Phan-Gillis's case, China allows monthly consular visits by American diplomats; U.S. officials, including Secretary of State John Kerry, have raised her case with Chinese officials on more than one occasion.

The Wang case is the latest example of China exercising jurisdiction over ethnic Chinese who are nationals of other countries. And this is also being done with Chinese-Canadians and Chinese-Australians.

What China is doing is counter to its own nationality law, which does not recognize dual nationality. In 1996, China issued "explanations" as to what the law meant when applied to Hong Kong. But it seems the law means one thing in mainland China and another in Hong Kong – a situation worthy of study by international legal experts.

In the run-up to the handover of Hong Kong by Britain to China in 1997, a significant portion of Hong Kong's population fled overseas to escape Communist rule. More went to Canada than any other country, but significant numbers went to Australia, the United States, New Zealand and other Western countries. After 1997, many returned to Hong Kong armed with a foreign passport, which they thought would protect them.

As China grew in importance, however, the ease of travel provided by a re-entry permit meant that a great many of Hong Kong residents kept two travel documents: a foreign passport used for travel overseas, and a home-return permit used for travel to the mainland. They wanted the best of both worlds.

Now, they are learning that a foreign passport doesn't protect them in China if they enter the country using a Chinese permit that acknowledges them to be a Chinese national. Given the choice, it is far wiser to use the foreign passport.

Increasingly, however, China is not giving people a choice. Canadian-born Chinese with Hong Kong parents, for example, have been told they are Chinese nationals and not allowed to travel to China on their Canadian passports, but must use a Chinese permit instead. The Diplomat magazine last month reported that Chinese visa authorities are demanding that "Canadians of Chinese descent apply as Chinese nationals when travelling to China." The article's author, Cal Wong, described himself as a Hong Kong-born Australian and said he, too, had "experienced the same treatment by Chinese visa authorities."

Canadians, Australians and others are being treated as Chinese citizens by China. People heading to China need to understand that the government that issued their passport cannot protect them unless they actually use that passport to enter the country. And it is time for the governments concerned to take a stronger stand about the rights of their passport holders, including the right to travel to China using a passport. 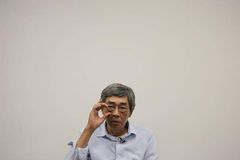