Last Friday night I watched a thousand or so people watch a movie in Amboasary, a small town in southern Madagascar. It was an open-air video screening projected from a van onto a large screen. The film was in Malagasy, a language more closely related to the Ma’anyan language of south Borneo, nearly 9,000 kilometres to the east, than to the Bantu languages spoken just 400 kilometres west in East Africa, from which it borrows many words, more evidence of Madagascar’s backstory. 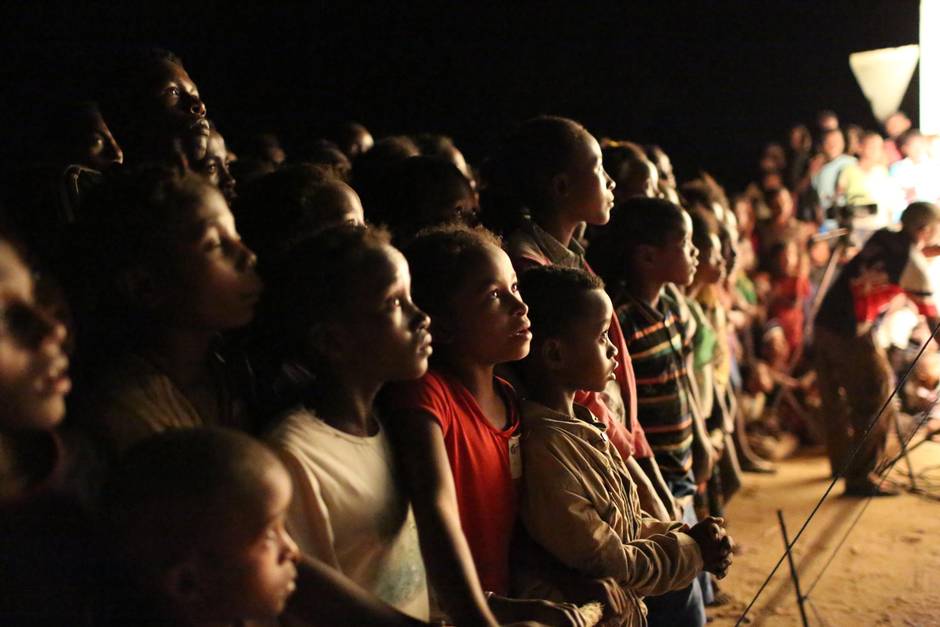 Madagascar is the fourth-largest island in the world. Picture France in the Indian Ocean. That is, after all, what the French did when they colonized it from 1897 to 1958, leaving, among other things, French still spoken here, although by exactly how many people is difficult to say.

Quantifying anything with any certainty in Madagascar is tricky – there has been no census since 1993, for starters – but after a brief banishment, French is an official language of a country desperate to let the world know it’s open for business.

I speak none of these languages, but through a translator, gathered the film’s plot involved malaria and a baby with diarrhea. Eventually, the mother decided to take the baby to a doctor, I was told. The crowd went wild. Take that, people who complain about Canadian Netflix.

The evening’s entertainment was provided by a mobile unit run by PSI Madagascar. Population Services International is a non-profit that operates in 59 other countries as well. The unit has more films – dramas involving subjects such as malaria, nutrition, HIV and family planning, and a lively discussion followed the feature presentation. 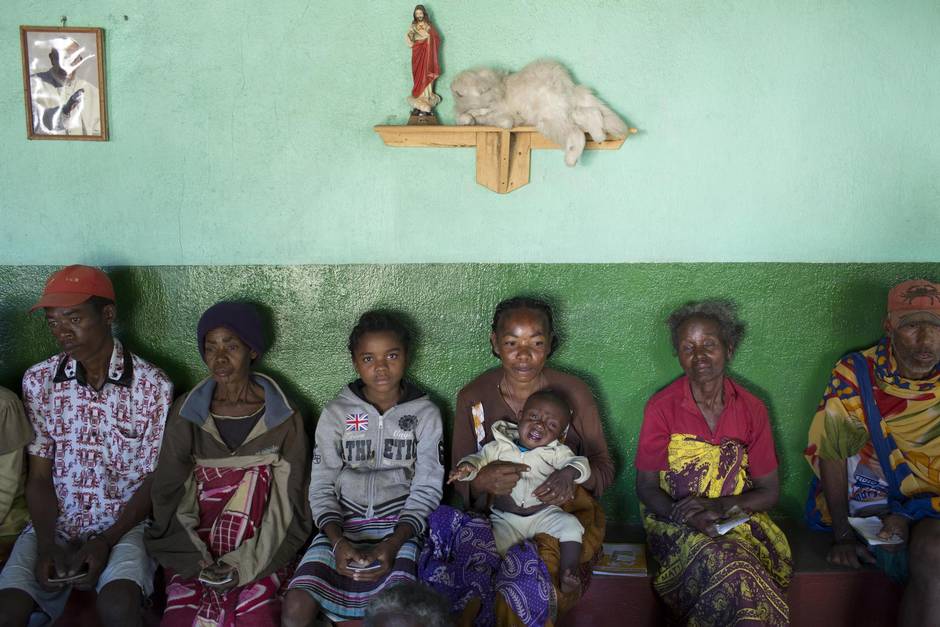 People respond to stories. Often very simple ones. We’re hard-wired that way and sometimes, like that night, it’s good. Sometimes it’s not.

Madagascar is the fourth-poorest country in the world. Not first or second or even third. Fourth is possibly the worst thing to be in poorest-countries rankings. Nobody remembers an also-ran. Fourth isn’t really a story.

PSI is just one of a sort of ecosystem of non-governmental organizations, aid agencies, church groups, charities and individuals working to stave off disaster in Madagascar. Earlier in the day I’d watched a micronutrient-fortified lunch being served at Tsihombe Primary Public School, courtesy of the United Nations World Food Program; parents assist with what they can.

Later, at the nearby tuberculosis treatment centre and “social centre” in Tsihombe run by Filles de la Charité, Sister Immaculata gave a breathless tour of her hospital’s new general-care “wing” – a room for men with six beds and the same for women, only pink not blue. When completed, the wing will get patients now sleeping on the waiting-room floor (I’d just seen far more than 12 there) off the ground. 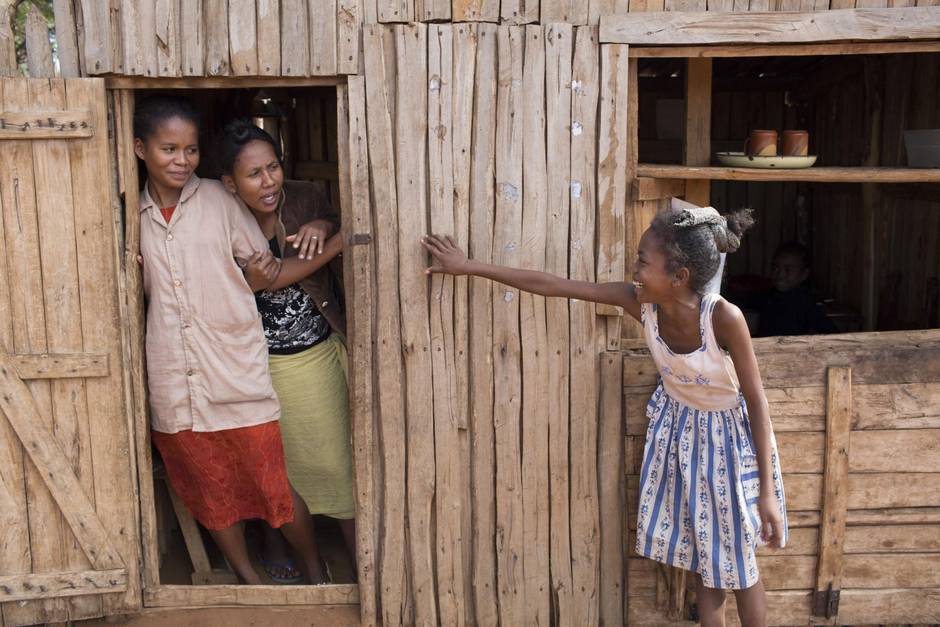 Her pace, excitement and pride in that pink room with the flowered bedspreads were more 18-year-old about to go clubbing than 88-year-old nun in the midst of a day’s work, days that must get a bit repetitive.

Sister Immaculata seems to be the go-to-bride-of-Christ for TB in the region. This may explain why her small clinic treated a staggering 188 cases last year. And yet, more alarmingly, that number may not give us any clue as to the number of patients, or should-be patients, at all. Madagascar’s National Program Control of TB reports 26,182 confirmed cases for 2012 but the total number of infections is estimated to be around 50,000.

Five per cent of cases are fatal, yet it’s believed that nine per cent of the nation’s TB patients don’t complete the six-month treatment regime, risking the onset of multidrug-resistant tuberculosis (MDRTB).

Large pockets of the country are extremely isolated, complicating everything. Roads, where they exist, are mostly gouged and scraped away, layer by layer and frequently marked by uncrossable pits. Even in the hands of a skilled driver, as I was, it’s less like navigating a road than like making one’s way across miles of an archeology dig in progress – where prior evidence of infrastructure is occasionally revealed. 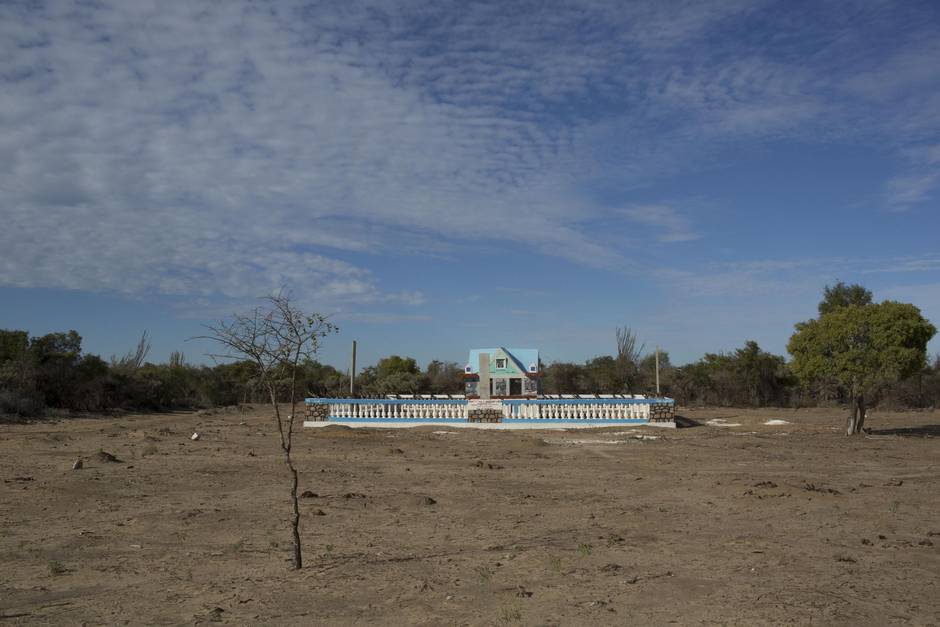 And I’m not walking on those roads while carrying wood or goods. I’m not herding recalcitrant zebu down them, let alone trying to get a sick child to care.

Rural poverty can be dangerously easier to digest than its urban counterpart. A child with no shoes on a city street, and I saw many in the capital, Antananarivo (known locally as Tana), is poor – we feel it. But a child with no shoes in the country is often, somewhere in our minds, on holiday. That 12-year-old boy you see ambling down a dirt road in a small town in Madagascar isn’t Tom Sawyer.

First of all, in all likelihood, he’s 17, not 12. Almost half of the country’s children are stunted, Likely nothing in that boy’s appearance will inspire a Christmas fundraising song. He may not have the telethonic severe acute malnutrition, although 15 per cent of children in Madagascar do, according to UNICEF, but odds are 1-in-2 50.1 per cent (UNICEF again) that this boy has suffered the less newsworthy chronic malnutrition, hence the stunting.

Asked if she has encountered MDRTB (her training is as a doctor’s assistant) Sister Immaculata, originally from Spain, seems not to grasp what that is. She wasn’t the only person in the TB trade who appeared to have a knowledge gap in this area – and a diagnostic facility chasm.

The UN World Health Organization estimates that 0.49 per cent of all TB cases in Madagascar are MDRTB but for the most part no one I encountered seemed fussed about any of this.

Many of patients sit on the porches of the TB wing, three parking spaces or so from the area for non-TB patients. A bright Candyland-like trail of empty pill packets, treatment for TB, runs along the path between the two.

We are social animals. 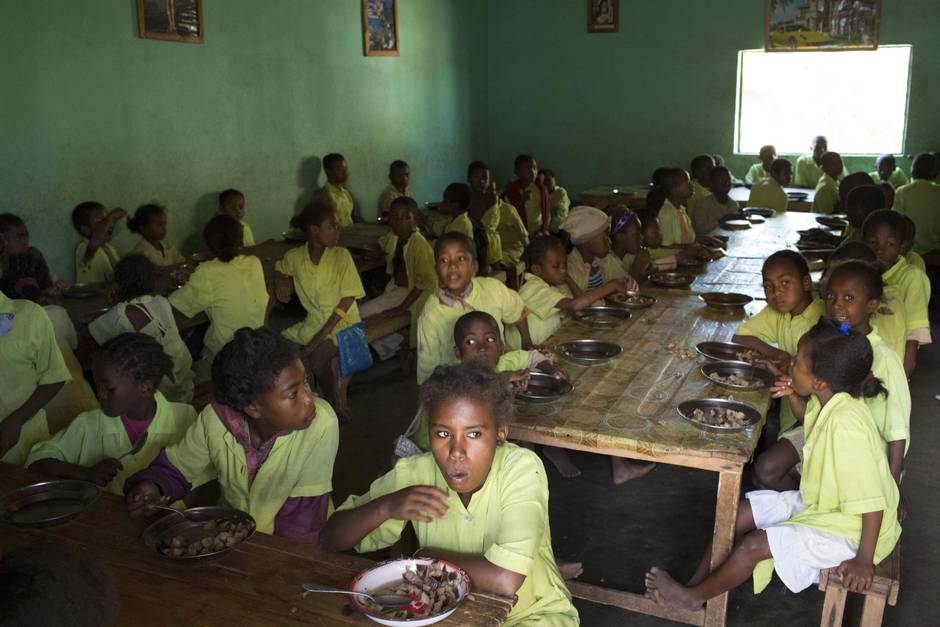 Here, as in other TB treatment facilities I visited, the attitude toward transmission seemed casual. I felt goofy wearing a surgical mask, which I studiously did on these visits. The looks I was being given reminded me of the looks we in Canada give Americans when they turn up in October wearing parkas.

Maybe in Madagascar, a country that had 15 cases of polio in 2015 add: (Canada hasn’t had one since 1977) and where malaria, the country’s biggest killer, accounted for 551 reported deaths last year, although some estimates say as many as 7,400 have died since 2013, that’s what TB currently is. It’s a mere medical October and no one wants to be reminded of the winter coming.

Madagascar has, after all, been incubating the perfect conditions for TB transmission for some time. It spreads quickly among those weakened by other illnesses, those living in close quarters and the undernourished. 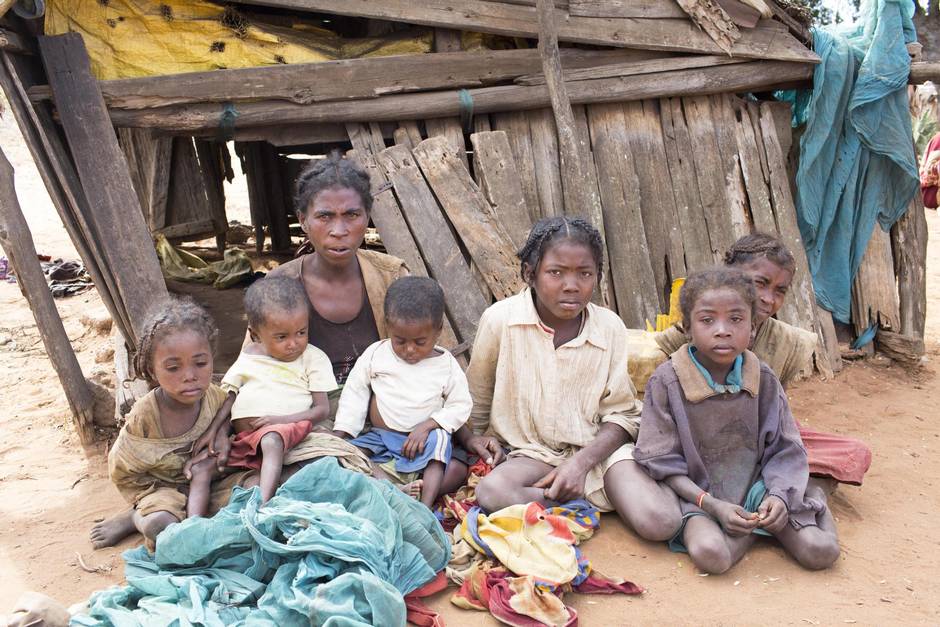 Sister Immaculata laughed when asked why she does not wear a mask and said something about maybe being immune. That’s a comforting idea, yet her gentle cough as she walked up the path, her habit white as a dinner napkin, is a worry. One can only assume (and hope) it’s more symbol than symptom.

In the village of Anjampaly, more nuns feed the people each day. The chief, Voasaotsy, says that, until quite recently, Anjampaly had a population of 2,000; now, after years of recurrent drought, it’s half that.

Asked about it, Chief Voasaotsy says this isn’t the worst drought he has seen, and the drought is not everywhere in the country. It’s here in the south, the situation worsening before my eyes.

We’d landed in a small plane near Tolanaro, formerly Fort Dauphin. For a little while there were cornfields that made me homesick, green, straight, optimistic rows, then faint-hope corn followed, then baked dirt and sand and sisal plantations. 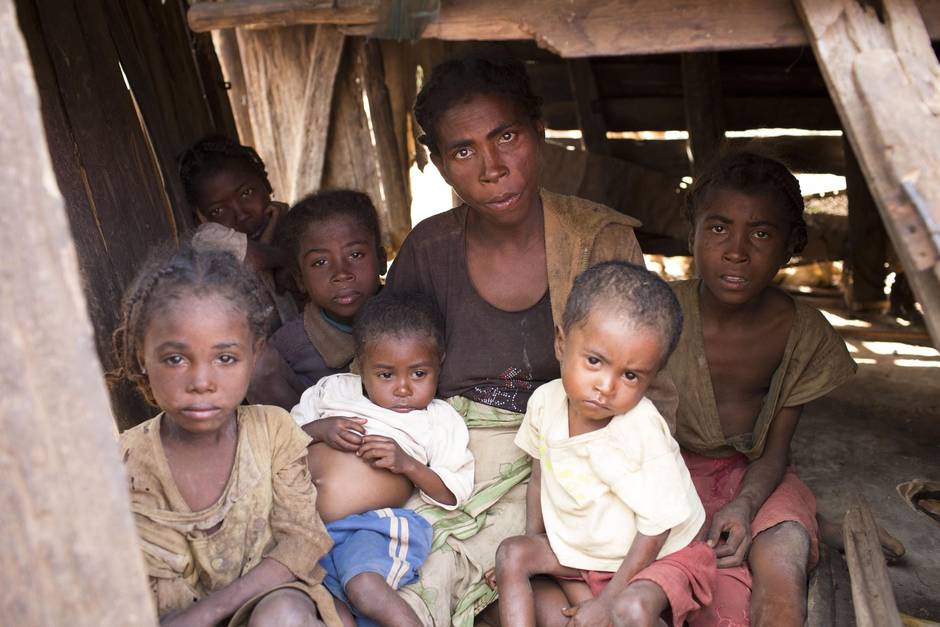 In years past, when people left, neighbouring farmers bought their land in the hope the rain would return, he said, but no one buys the land any more.

It’s truly beautiful in the south of Madagascar. I was driven through rolling eroded volcano hills and lush, otherworldly, vegetation – Jurassic Park meets the Lake District. There’s postcard sea and sand and Dr. Seuss cacti and, if you squint, you can almost see a surreal French Riviera, with lemurs, perhaps, but right now Anjampaly is far from Vancouver and even Tana, and moving farther with every dry day turning spell to drought. Land speculation isn’t happening any more.

Earlier in the trip, as I was leaving the small city of Ambovombe, Damy Miarovala, its mayor, and his friend, Mahafeno, were just coming in.

Asked about the food situation, Mahafeno, smiling and capped with a faded L.A. Lakers hat, pulled his suit jacket away from his lean frame. He explained that not long ago he’d weighed 90 kilos; now he weighed 63.

He moved his thin body in his jacket for emphasis and widened his eyes in charming, semi-exaggerated, comic alarm.

These were clearly two jaunty men-about-town. They are not the mother of eight – the youngest two of whom had severe acute malnutrition – I’d met earlier. Remember, to not have children in this place is, for those few for whom that’s even a choice, judged to be, and possibly is, like choosing not to contribute to your RRSP. 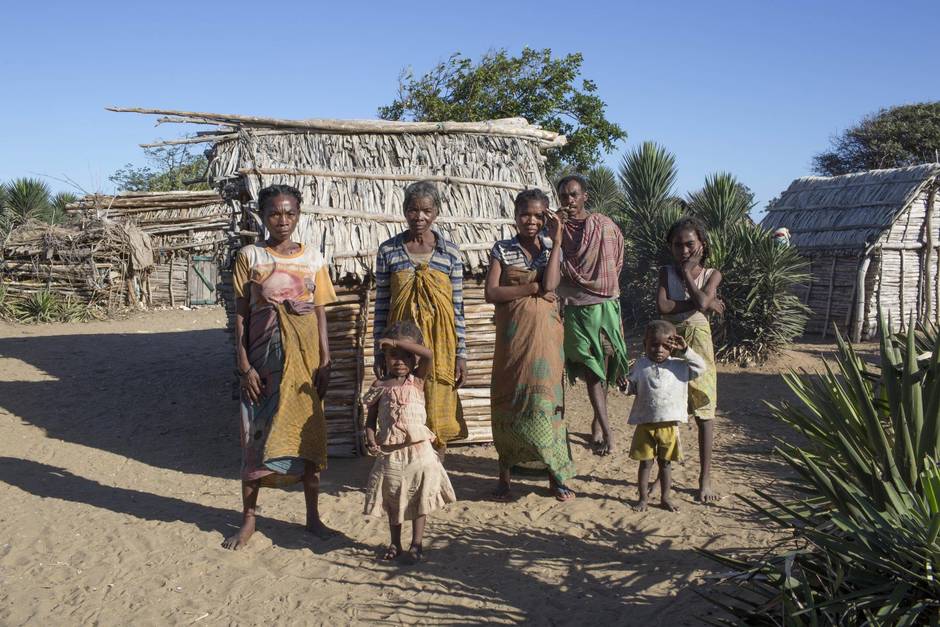 More than reading the stark stats, more even than the glimpses of actual death I saw, this moment made its point to me.

I keep returning to it. It’s there beside seeing a child reaching her thin arm to patiently, knowingly, good-naturedly help another terribly tiny child, literally squeeze the life from a plastic package of Plumpy’Nut – a peanut-based paste used to treat severe acute malnutrition.

A man in Madagascar shrugs his shoulders inside his baggy jacket and shows where his stomach used to be. People respond to stories. Often very simple ones. We’re hard-wired that way – the ill-fitting suit a classic comic prop of the silent era.

Think of Chaplin in his baggy pants and shabby shoes and Mahafeno in his jacket, bypassing spoken language, as their situations required, the humour driving the pathos home.